Russell Wayne Baker (August 14, 1925 – January 21, 2019) was an American journalist, narrator, writer of Pulitzer Prize-winning satirical commentary and self-critical prose, and author of Pulitzer Prize-winning autobiography Growing Up (1983). [1] He was a columnist for The New York Times from 1962 to 1998, and hosted the PBS show Masterpiece Theatre from 1992 to 2004. The Forbes Media Guide Five Hundred, 1994 stated: "Baker, thanks to his singular gift of treating serious, even tragic events and trends with gentle humor, has become an American institution." [2]

Born in Loudoun County, Virginia, [3] Baker was the son of Benjamin Rex Baker and Lucy Elizabeth (née Robinson). [4] At the age of eleven, as a self-professed "bump on a log," Baker decided to become a writer since he figured "what writers did couldn't even be classified as work." [5] After leaving school, he took a scholarship to Johns Hopkins University in 1942, studying for a year before leaving to join the Navy as a trainee pilot. He left in 1945, continuing his degree in English at Johns Hopkins University, graduating with a bachelor's degree in 1947.

Shortly after leaving college, Baker took a job at The Baltimore Sun as a night police reporter, working his way up to be sent to London as a correspondent for the paper in 1952, and then White House Correspondent shortly thereafter. [3]

After covering the White House, United States Congress, and the United States Department of State for The New York Times for eight years, Baker wrote the nationally syndicated Observer column for the newspaper from 1962 to 1998; initially oriented toward politics, the column began to encompass other subjects after he relocated to New York City in 1974. During his long career as an essayist, journalist, and biographer, he was a regular contributor to national periodicals such as The New York Times Magazine , Sports Illustrated , The Saturday Evening Post , and McCalls . He was elected a Fellow of the American Academy of Arts and Sciences in 1993. [6]

Baker wrote or edited seventeen books. Baker's first Pulitzer Prize was awarded to him for distinguished commentary for his Observer columns (1979) and the second one was for his autobiography, Growing Up (1982); he is one of only six people to have been awarded a Pulitzer Prize for both Arts & Letters (for his autobiography) and Journalism (for his column). He wrote a sequel to his autobiography in 1989, called The Good Times. His other works include An American in Washington (1961), No Cause for Panic (1964), Poor Russell's Almanac (1972), Looking Back: Heroes, Rascals, and Other Icons of the American Imagination (2002), and various anthologies of his columns. [7] He edited the anthologies The Norton Book of Light Verse (1986) and Russell Baker's Book of American Humor (1993).

Baker wrote the libretto for the 1979 musical play Home Again, Home Again, starring Ronny Cox, with music by Cy Coleman, lyrics by Barbara Fried, [8] choreography by Onna White, and direction by Gene Saks. [9] After an unsuccessful tryout at the American Shakespeare Theatre in Stratford, Connecticut, the show closed in Toronto and never made it to Broadway. "That was a great experience," Baker said in a 1994 interview with the Hartford Courant. "Truly dreadful, but fun. I was sorry [the show] folded because I was having such a good time. But once is enough." [10]

In 1993, Baker replaced Alistair Cooke as the regular host of the PBS television series Masterpiece Theatre . "That's talking-head stuff," he said. "Television is harder than I thought it was. I can't bear to look at myself. I fancied that I was an exceedingly charming, witty and handsome young man, and here's this fidgeting old fellow whose hair is parted on the wrong side." [11]

Neil Postman, in the preface to Conscientious Objections, described Baker as "like some fourth century citizen of Rome who is amused and intrigued by the Empire's collapse but who still cares enough to mock the stupidities that are hastening its end. He is, in my opinion, a precious national resource, and as long as he does not get his own television show, America will remain stronger than Russia." (1991, xii)

The Pulitzer Prize for Commentary is an award administered by the Columbia University Graduate School of Journalism "for distinguished commentary, using any available journalistic tool". It is one of the fourteen American Pulitzer Prizes that are annually awarded for Journalism. It has been presented since 1970. Finalists have been announced from 1980, ordinarily with two others beside the winner.

Thomas Loren Friedman is an American political commentator and author. He is a three-time Pulitzer Prize winner who is a weekly columnist for The New York Times. He has written extensively on foreign affairs, global trade, the Middle East, globalization, and environmental issues.

Jonah Jacob Goldberg is an American conservative syndicated columnist, author, political analyst, and commentator. From 1998 until 2019, he was an editor at National Review. Goldberg writes a weekly column about politics and culture for the Los Angeles Times and holds a fellowship at the National Review Institute. In October 2019, Goldberg became founding editor of the online opinion and news publication The Dispatch. Goldberg is the author of Liberal Fascism, which became a #1 New York Times bestseller shortly after its release in January 2008; The Tyranny of Cliches: How Liberals Cheat in the War of Ideas, released in 2012; and Suicide of the West, which was published in April 2018 and also became a New York Times bestseller, reaching #5 on the list the following month. He has been a consistent critic of Donald J. Trump since before the election of 2016 and during Trump's presidency.

Michael Barnicle is an American print and broadcast journalist, and a social and political commentator. He is a senior contributor and the veteran columnist on MSNBC's Morning Joe. He is also seen on MSNBC's Hardball with Chris Matthews and NBC's Today Show with news/feature segments. He has been a regular contributor to the local Boston television news magazine, Chronicle on WCVB-TV, since 1986. Barnicle has also appeared on PBS's Charlie Rose, the PBS NewsHour, CBS's 60 Minutes, ESPN, and HBO sports programming.

Allen Stuart Drury was an American novelist. In World War II, he was a reporter in the Senate, closely observing Presidents Franklin D. Roosevelt and Harry S. Truman, among others. He would convert these experiences into his first novel Advise and Consent, for which he won the Pulitzer Prize for Fiction in 1960. Long afterwards, it was still being praised as ‘the definitive Washington tale’. His diaries from this period were published as A Senate Journal 1943-45.

David Gaub McCullough is an American author, narrator, popular historian, and lecturer. He is a two-time winner of the Pulitzer Prize and the National Book Award and a recipient of the Presidential Medal of Freedom, the United States' highest civilian award.

James Murray Kempton was an American journalist and social and political commentator. He won a National Book Award in 1974 for The Briar Patch: The People of the State of New York versus Lumumba Shakur, et al. Reprinted, 1997, with new subtitle The Trial of the Panther 21.) He won a Pulitzer Prize in 1985 "for witty and insightful reflection on public issues in 1984 and throughout a distinguished career."

Michael James McAlary was an American journalist and columnist who worked at the New York Daily News for 12 years, beginning with the police beat. He won a Pulitzer Prize in 1998 for his columns exposing police brutality against Haitian immigrant Abner Louima.

Jon Ellis Meacham is a writer, reviewer, and presidential biographer. A former Executive Editor and Executive Vice President at Random House, he is a contributing writer to The New York Times Book Review, a contributing editor to Time magazine, and a former Editor-in-Chief of Newsweek. He is the author of several books. He won the 2009 Pulitzer Prize for Biography or Autobiography for American Lion: Andrew Jackson in the White House. He holds the Carolyn T. and Robert M. Rogers Endowed Chair in American Presidency at Vanderbilt University.

The following are the Pulitzer Prizes for 1979.

David Jeffries Garrow is an American author and democratic socialist. He wrote the book Bearing the Cross: Martin Luther King, Jr., and the Southern Christian Leadership Conference (1986), which won the 1987 Pulitzer Prize for Biography. He also wrote Liberty and Sexuality (1994), a history of the legal struggles over abortion and reproductive rights in the U.S. prior to the Roe v. Wade decision, Rising Star: The Making of Barack Obama (2017), and other works. 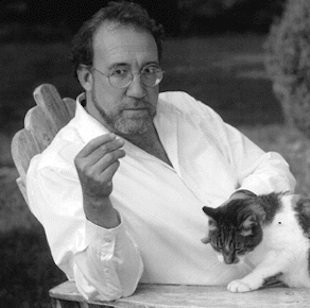 Richard Ben Cramer was an American journalist and writer. 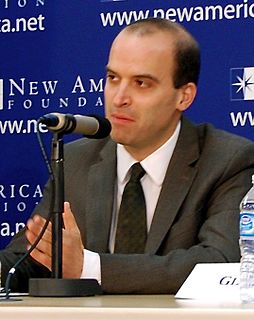 David Leonhardt is an American journalist and columnist. His column appears in The New York Times on Tuesdays, and he also writes a daily e-mail newsletter, which bears his own name. As of October 2018, he also co-hosts a weekly Opinion podcast titled “The Argument”, with Ross Douthat and Michelle Goldberg.

Etheleen Renee "E. R." Shipp is an American journalist and columnist. As a columnist for the New York Daily News, she was awarded the 1996 Pulitzer Prize for Commentary for "her penetrating columns on race, welfare and other social issues." 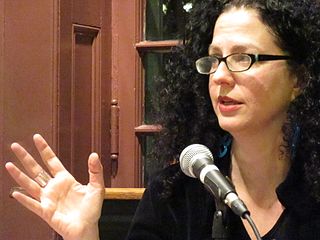 Sheryl Gay Stolberg is an American journalist based in Washington, D.C., who covers health policy for The New York Times. She is a former Congressional correspondent and White House correspondent, covering Presidents George W. Bush and Barack Obama, and shared in two Pulitzer Prizes while at the Los Angeles Times. She has appeared as a political analyst on ABC, PBS, Fox, MSNBC and WNYC. She is a regular contributor to the news program, 1A, syndicated on National Public Radio.