Norman Russell "Rusty" Young (born February 23, 1946, in Long Beach, California) is an American guitarist, vocalist and songwriter best known as one of the frontmen in the influential country rock and Americana band Poco.

A virtuoso on pedal steel guitar, he is celebrated for the ability to get a Hammond B3 organ sound out of the instrument by playing it through a Leslie speaker cabinet and as an innovator of producing other rock sounds from the instrument. [1] [2]

In the late 1960s, a former guitar student[ clarification needed ] became the road manager for Buffalo Springfield. Richie Furay and Jim Messina needed a steel guitarist for the Furay ballad "Kind Woman" on their final album Last Time Around and Young was hired.

Along with Furay and Messina, Young became a founding member of Poco in 1968 upon the former band's demise. Drummer George Grantham and bass player Randy Meisner rounded out the original Poco lineup. [3]

The band's membership fluctuated over the years. After Furay left the group, Young took on more song writing responsibility, along with Paul Cotton and Timothy B. Schmit. Young is best known for writing the Poco songs Rose of Cimarron and Crazy Love.

In 2013, Young was inducted into the Steel Guitar Hall of Fame. [4] At the end of 2013, Young announced his retirement. [5] but it turned out that it was a short lived retirement.

A few shows were booked into 2014 including three farewell shows in Florida. One of those shows was a performance in a recording studio in front of a live audience for a DVD document of the band's live show.[ citation needed ] Young said there could be some one-offs in the future after that, but the band would not be actively touring as before.[ citation needed ]

Young and Sundrud write and record music for children's story videos as the "Session Cats". [6] Young continues to do guest performances with former members of Poco and other country rock artists. Rusty released his first solo album in 2017 on Blue Élan Records, Waitin' For The Sun.

Young released his first new music since Waitin' for the Sun on 3/22/19. The new tune, Listen to Your Heart released digitally and benefits a local Steelville, MO animal charity, Santana’s Hope for Paws (Friends of Steelville, MO Pound) Animal Shelter. [7] 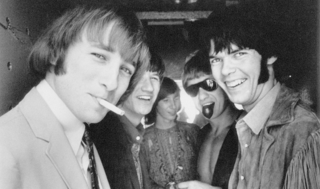 Buffalo Springfield were a Canadian–American rock band formed in Los Angeles by three Canadians and two Americans. The group, widely known for the song "For What It's Worth", released three albums and several singles from 1966–1968. Their music combined elements of folk music and country music with British Invasion and psychedelic rock influences. They were, as were The Byrds, key to the early development of folk rock. The band took their name from a steamroller parked outside their house. 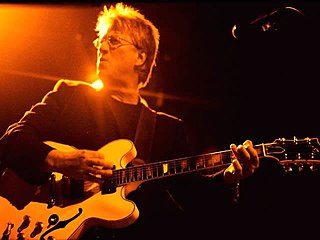 Paul Richard Furay is an American singer, songwriter, and Rock & Roll Hall of Fame member. He is best known for forming the bands Buffalo Springfield with Stephen Stills, Neil Young, Bruce Palmer, and Dewey Martin, and Poco with Jim Messina, Rusty Young, George Grantham and Randy Meisner. His best known song was Kind Woman, which he wrote for his wife, Nancy. 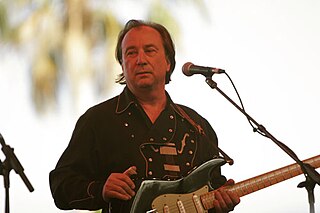 Pickin' Up the Pieces is the debut album by country rock band Poco, released in 1969. It was one of the earliest examples of the emerging genre of country rock. Several of the songs here date back to Richie Furay's days in Buffalo Springfield. An early version of "What a Day" was included on the Springfield's eponymous box set in 2001.

Deliverin’ is the third album, and first live album, by the American country rock band Poco. Jim Messina quit the band in October 1970, prior to the release of the album. WBCN DJ Charles Laquidara wrote the liner notes.

From the Inside is the third studio album by the American country rock band Poco. The band was reportedly unhappy with it following its release. This album was the first to include new member Paul Cotton as lead guitarist, who replaced Jim Messina. Messina would go on to form his partnership with Kenny Loggins. 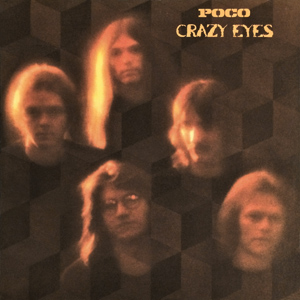 Crazy Eyes is the fifth studio album released by the American country rock band Poco. Released in 1973, Crazy Eyes was the album with which founding member Richie Furay ended his original tenure with the group.

Inamorata is the sixteenth studio album by the country rock band Poco, released in 1984. Featuring guest spots by former members Timothy B. Schmitt, Richie Furay and George Grantham, this would be the last album that the band would record for Atlantic Records. After this the original line up would reform for the 1989 release Legacy.

Legacy is the seventeenth studio album by the country rock band Poco, released in 1989. The album reunited the five original members of the group and contained two top-40 singles, "Call It Love" and "Nothin' to Hide".

The Last Roundup is the 21st album, and 3rd live album, by the country rock band Poco.

Keeping the Legend Alive is the 22nd album and 4th live album by the country rock band Poco. It was re-released in 2006 under the title "Alive In The Heart Of The Night." It includes original members Richie Furay, *George Grantham and Rusty Young, Paul Cotton who replaced Jim Messina in 1970 and Jack Sundrud a member since the 1990s.

The Wildwood Sessions is the sixth live album by the country rock band Poco. Recorded live at The Wildwood Lodge in Steelville, MO.

The first in a long line of compilation albums, The Very Best of Poco features highlights from the band's career from 1969–1974. When released on CD in the late 1980s, the album omits two tracks originally on the album, "Railroad Days" and "Skatin" for space reasons. Both were reinstated for the remastered BGO import edition released in 1998.

Poco: The Songs of Richie Furay is a compilation album consisting of songs by Richie Furay during his tenure with the band Poco, released in 1980.

The Forgotten Trail (1969–74) is a 2-CD collection of the greatest hits of Poco recorded during the group's work for Epic Records, which included their first eight albums. 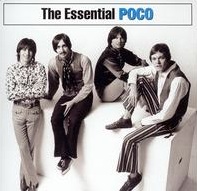 The Essential Poco is a compilation album of recordings by the band Poco released in 2005 as part of Sony BMG's Essential series.

"Pickin' Up the Pieces" is the first song recorded by pioneer country rock band Poco. Written by founding member Richie Furay, the song was the title track of Poco's first album.

"Crazy Love" is a 1979 hit single for the country rock group Poco introduced on the 1978 album Legend; written by founding group member Rusty Young, "Crazy Love" was the first single by Poco to reach the Top 40 and remained the group's biggest hit with especial impact as an Adult Contemporary hit being ranked by Billboard as the #1 Adult Contemporary hit for the year 1979.

George Grantham is an American drummer and vocalist best known for his work with pioneering country rock band Poco.