The Ruzagayura famine was a major famine which occurred in the Belgian mandate of Ruanda-Urundi (modern-day Rwanda and Burundi) during World War II. It led to numerous deaths and a huge population migration out of the territory and into the neighboring Belgian Congo and surrounding areas. The famine is considered to have begun in October 1943 and ended in December 1944. [1]

The principal cause of the famine was several prolonged periods of drought in the region in early 1943. However, the problem was exacerbated by attempts of the colonial authorities to send agricultural produce to the Belgian Congo, as part of the Allied war effort, in World War II. [1]

The colonial administration, together with Christian missionaries, began to transport food to a supply point in Usumbura (presently Bujumbura). [1] The Rwandan king, Mutara III Rudahigwa, sent aid to the affected region. [1]

Several hundred thousand people emigrated away from Ruanda-Urundi, most to the Belgian Congo but also to British Uganda. The migration also served to create further political instability in the areas affected by the mass influx of Rwandans. [4]

Human occupation of Rwanda is thought to have begun shortly after the last ice age. By the 16th century, the inhabitants had organized into a number of kingdoms. In the 19th century, Mwami (king) Rwabugiri of the Kingdom of Rwanda conducted a decades-long process of military conquest and administrative consolidation that resulted in the kingdom coming to control most of what is now Rwanda. The colonial powers, Germany and Belgium, allied with the Rwandan court.

Mutara III Rudahigwa was King (mwami) of Rwanda between 1931 and 1959. He was the first Rwandan king to be baptised, and Roman Catholicism took hold in Rwanda during his reign. His Christian names were Charles Léon Pierre, and he is sometimes referred to as Charles Mutara III Rudahigwa.

Ruanda-Urundi was a territory in the African Great Lakes region, once part of German East Africa, which was ruled by Belgium between 1922 and 1962. Occupied by the Belgians during the East African Campaign of World War I, the territory was under military occupation from 1916 to 1922 and later became a Belgian-controlled Class B Mandate under the League of Nations from 1922 to 1945. After the dissolution of the League and World War II, Ruanda-Urundi became a Trust Territory of the United Nations, still under Belgian control. In 1962, the mandate became independent as the two separate countries of Rwanda and Burundi. 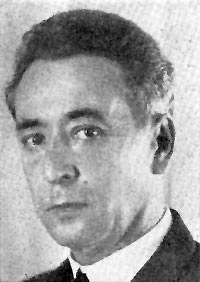 Pierre, 1st Count Ryckmans, was a Belgian peer and civil servant who served as Governor-General of Belgium's principal African colony, the Belgian Congo, between 1934 and 1946. Ryckmans began his career in the colonial service in 1915 and also spent time in the Belgian mandate of Ruanda-Urundi. His term as Governor-General of the Belgian Congo coincided with World War II in which he was instrumental in bringing the colony into the war on the Allied side after Belgium's defeat in May 1940. He was also a prolific writer on colonial affairs. He was posthumously created a peer of the realm in the Belgian nobility with the rank of Graaf in 1962.

The Central Bank of the Congo is the central bank of the Democratic Republic of the Congo. The bank's main offices are on Boulevard Colonel Tshatshi in La Gombe in Kinshasa.

Eugène Jungers (1888–1958) was a Belgian colonial civil servant and lawyer. Beginning his career in the Belgian Congo as a colonial magistrate, Jungers rose rapidly through the judiciary and became the colonial governor of the League of Nations Mandate of Ruanda-Urundi from 1932 to 1946. In 1946, Jungers was further promoted to Governor-General of the Belgian Congo, the senior administrative position in the colony, which he held from 1946 to 1952.

The National Bank of Rwanda is the central bank of Rwanda. The bank was founded in 1964. The current governor of the bank is John Rwangombwa.

The Apostolic Vicariate of Kivu is the name that was given to two vicariates of the White Fathers, a Catholic missionary society in the Latin Roman Rite Catholic Church. Both vicariates served lands around Lake Kivu during the colonial era. The first vicariate, from 1912 to 1922, served what are now Rwanda and Burundi. The second vicariate, from 1929 to 1952, served territory in the east of the Belgian Congo.

Hendrik "Rik" Cornelis (1910–1999) was a Belgian colonial civil servant who served as the final Governor-General of the Belgian Congo from 1958 to 1960. His term ended with the independence of the Republic of the Congo.

This is a survey of the postage stamps and postal history of Rwanda. The Republic of Rwanda is a landlocked country located in the Great Lakes region of eastern-central Africa, bordered by Uganda, Burundi, the Democratic Republic of the Congo and Tanzania.

Lieutenant General Charles Tombeur was a Belgian military officer and colonial civil servant. As well as holding several major administrative positions in the Belgian Congo, he is particularly known for his role as commander of the Belgian colonial military, the Force Publique, during the first years of World War I. His military career culminated in the capture of Tabora in German East Africa in September 1916.

The 1940–1945 African War Medal was a Belgian war service medal established by royal decree of the Regent on 30 January 1947 and awarded to officers and soldiers for at least one year's service in the Force Publique between 10 May 1940 and 7 May 1945. This service was not limited to the Belgian colonies of the Congo and Ruanda-Urundi but also included the Middle East, Nigeria, Madagascar and Burma, for which clasps were awarded for six months service in those areas.

Gaston-François de Witte was a Belgian herpetologist who discovered and described at least 24 different species of reptiles.

Armand Christophe Huyghé, later knighted Armand Huyghé de Mahenge, was a Belgian career soldier. He is best known for his service in the Belgian Congo during World War I, where he succeeded Charles Tombeur as commander of the Belgian forces in the East African Campaign in 1917. He commanded the Belgian contingent during the Allied occupation of the Rhineland after the war. During World War II, he was involved in the resistance and, after being captured by the Germans, was deported to Buchenwald concentration camp where he died in 1944. 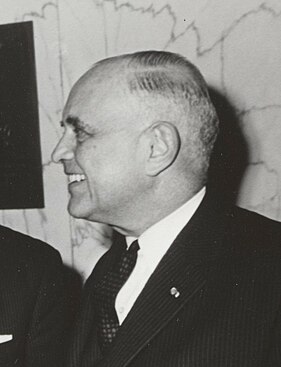