It was founded as a school for Buddhist priests of the Nishi Hongan-ji denomination in 1639, and became a secularized university in 1876. The university's professors and students founded the literary magazine Chūōkōron in 1887. It has three campuses: Fukakusa and Omiya in Kyoto; and Seta in Shiga prefecture. Its campuses are smoke-free. [1] 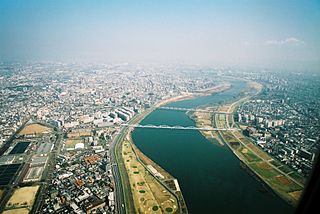 Hongan-ji, also archaically romanized as Hongwanji, is the collective name of the largest school of Jōdo Shinshū Buddhism. 'Hongan-ji' may also refer to any one of several actual temple buildings associated with the sect.

Kobe Ryūkoku Junior High School and Kobe Ryūkoku High School are private Japanese Buddhist schools located in Kobe, Japan. In 2002 the schools took on their current name and both boys and girls were allowed to matriculate for the first time. The school uniform was also changed to the COMME CA DU MODE (in Japanese) School Label.

Kyoto Computer Gakuin (KCG) is Japan's first private computer educational institution in Japan founded in 1963 by Yasuko and Shigeo Hasegawa. KCG is the main institution of the KCG Group. KCG’s Eki-mae is the main campus which is centrally located near the Kyoto Station. KCG also has other sites at the Kamogawa Campus which houses the Computer Graphics Art Department and the Rakuhoku Campus where the Computer Informatics Department is found. The KCG group is also composed of The Kyoto College of Graduate Studies for Informatics (KCGI), the Kyoto Japanese Language Training Center (KJLTC), KCG Career, Inc. and KCG Co., Ltd.--- all global education-related institutions. Over nearly half a century, KCG has developed a strong and growing alumni network of 37,000 members who are currently active in the Japanese information industry.

Kami-Shinjō Station is a railway station on the Hankyu Kyoto Line located in Higashiyodogawa-ku, Osaka Prefecture, Japan. It is one of two nearest stations to Osaka University of Economics as well as Zuiko Yonchome Station on the Osaka Metro Imazatosuji Line.

The Kosobe Conservatory was a botanical garden that forms part of the Experimental Farm, Kyoto University, located at 2-30 Kosobe, Takatsuki, Osaka, Japan.

Kyoto Prefectural University, Fudai (府大) or Kyōfudai (京府大) for short, is one of the public universities in Japan. Its campus is located in Nakaragi-cho, Shimogamo, Sakyo-ku, Kyoto.

Kyoto Bunkyo University is a private university in Uji, Kyoto, Japan. The school's predecessor was founded in 1904. It was chartered as a junior college in 1960 and became a four-year college in 1996.

Kyoto Women's University is a private women's college in Higashiyama-ku, Kyoto, Kyoto, Japan. The school's predecessor was founded in 1899, and it was chartered as a university in 1949.

Kyoto Koka Women's University is a private women's college in Ukyō, Kyoto, Kyoto, Japan. The predecessor of the school was founded in 1939. It was chartered as a women's junior college in 1949 and became a four-year college in 1964.

Kyoto International University (KIU) is a small, Christian, international school located in Kyōtanabe, Kyoto, Japan. KIU is not officially recognized as a university by the Japanese government. Its legal classification in Japan is as a "miscellaneous school" (Kakushu-gakko). Credits earned at KIU are transferable to universities in North America.

Hannaryz Arena is an arena in Kyoto, Kyoto, Japan. It is the home arena of the Kyoto Hannaryz of the B.League, Japan's professional basketball league. 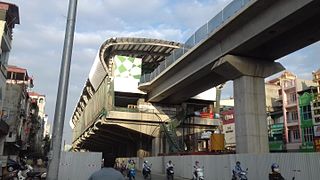