Ville du Havre was a French iron steamship that operated round trips between the northern coast of France and New York City. Launched in November 1865 under her original name of Napoléon III, she was converted from a paddle steamer to single propeller propulsion in 1871 and, in recognition of the recent defeat of her imperial namesake, the Emperor Napoleon III, was renamed Ville du Havre. [1]

In the early hours of 22 November 1873, Ville du Havre collided with the British three-masted iron clipper, Loch Earn and sank in 12 minutes with the loss of 226 lives. [2] Only 61 passengers and 26 crew members survived, rescued by Loch Earn and subsequently, an American vessel, Tremountain. [2] [3]

There was accommodation for 170 first class, 100 second class and 50 third class passengers. Launched in November 1865, she sailed on her maiden voyage from Le Havre for Brest and New York City on 26 April 1866. She made five round voyages on this service, the last commencing in August 1869. [1]

In September 1871, she sailed from Le Havre to Tyneside in Northern England where she was lengthened to 421.7ft by A. Leslie and Company, Hebburn-on-Tyne and her tonnage increased to 5,065 tons. She was also fitted with compound steam engines and rebuilt with single screw propulsion, and the paddle wheels were removed. A third mast was also fitted and after completion of the works she was renamed Ville du Havre. Following sea trials, she recommenced her Le Havre – Brest – New York service in early 1873. [1]

The captain of Loch Earn, after first sighting Ville du Havre and realizing she was dangerously close, rang the ship's bell and "ported his helm", thus turning the boat to starboard. The helm of Loch Earn was put to starboard, but Ville du Havre came right across Loch Earn's bow. [5] [6] Ville du Havre was violently shaken by the collision and noise, and woke all the passengers. Confused, most passengers went on deck, only to discover the ship was rapidly sinking. The captain assured them that all was fine, but in reality the ship had been nearly broken in two, and it did not take long for passengers to realize the situation was desperate. Commotion and chaos overtook panicked passengers. They started grabbing life preservers and trying to push lifeboats into the water. Unfortunately, these had recently been painted, and they were now stuck fast to the deck. Finally a few of them were yanked loose, and passengers fought desperately to be one of the few travelers to board those boats. [7]

Shortly after the collision, Ville du Havre's main and mizzen masts collapsed, smashing two of the liner's life boats and killing several people. The time for saving life was very short as the ship sank in less than 12 minutes, and finally broke into two pieces as she went. [8] Captain Robertson of Loch Earn did all he possibly could to rescue the drowning and eventually 61 passengers and 26 of the crew were rescued and taken on board that ship. [2] However, 226 passengers and crew perished. [9]

Loch Earn, herself in danger of sinking, was subsequently rescued by the American cargo ship, Tremountain and all Ville du Havre passengers and crew were transferred to that ship. Loch Earn, with its bow smashed in, commenced to sink as the bulkheads gave way, so she was abandoned at sea by her crew and sank shortly afterwards. [10]

Rufus Wheeler Peckham, a judge and Democratic Congressman from New York, and his wife Mary were on board and both perished. The couple were en route to southern France to improve his failing health. Peckham's last words were reported to be "Wife, we have to die, let us die bravely." His remains were never recovered, and his cenotaph (pictured) was erected at Albany Rural Cemetery in Menands, New York. [11]

Also on the ship was young Princeton graduate Hamilton Murray and his sister Martha. Both were lost. [12] The Hamilton Murray theater at Princeton (longtime home of Theatre Intime) is named in his honor, having left $20,000 in his will to the university. [13]

Also among the victims were the French caricaturist Victor Collodion and his wife. [14]

Chicago lawyer and Presbyterian elder Horatio Spafford was to have been a passenger on board Ville du Havre. At the last moment, however, Spafford was detained by real estate business, so his Norwegian-born wife, Anna Spafford, went on ahead for Paris with their four daughters. [3] After the collision, only Mrs. Spafford was rescued. She was picked up unconscious and floating upon a plank of wood and then taken aboard Loch Earn. [15]

A fellow survivor, Pastor Nathanael Weiss, later quoted Anna Spafford as saying, "God gave me four daughters. Now they have been taken from me. Someday I will understand why". [3]

Nine days after the shipwreck, the survivors landed at Cardiff, Wales. Anna Spafford telegraphed her husband, "Saved alone. What shall I do . . ." [15] Upon receiving her telegram, Horatio Spafford immediately left Chicago to bring his wife home. During the Atlantic crossing, the Captain called Spafford into his cabin to tell him that they were passing over the spot where his four daughters had drowned. [3]

Spafford later wrote to Rachel, his wife's half-sister, "On Thursday last we passed over the spot where she went down, in mid-ocean, the waters three miles deep. But I do not think of our dear ones there. They are safe, folded, the dear lambs". During that same voyage, Spafford composed the beloved Protestant hymn It Is Well with My Soul . [16] Philip Bliss, who composed the music for the hymn, called his tune Ville du Havre, after the sunken vessel. [17]

SS Andrea Doriapronounced [anˈdrɛːa ˈdɔːrja], was an ocean liner for the Italian Line home-ported in Genoa, Italy, known for her sinking in 1956, when 46 people died. 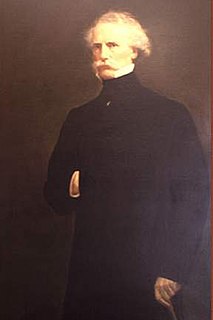 Rufus Wheeler Peckham was a judge and congressman from New York, and the father of a U.S. Supreme Court justice. 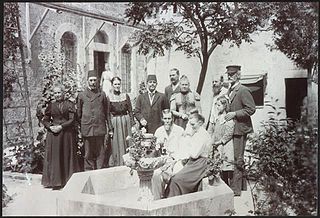 The American Colony was a colony established in Jerusalem in 1881 by members of a Christian utopian society led by Anna and Horatio Spafford.

SS Republic was a sidewheel steamship, originally named SS Tennessee, lost in a hurricane off the coast of Georgia in October 1865, en route to New Orleans. 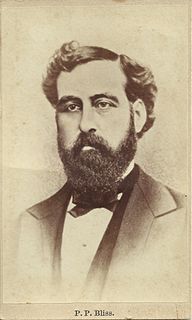 Philip Paul Bliss was an American composer, conductor, writer of hymns and a bass-baritone Gospel singer. He wrote many well-known hymns, including "Almost Persuaded" (1871); "Hallelujah, What a Saviour!" (1875); "Let the Lower Lights Be Burning"; "Wonderful Words of Life" (1875); and the tune for Horatio Spafford's "It Is Well with My Soul" (1876). 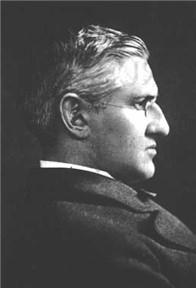 "It Is Well With My Soul" is a hymn penned by hymnist Horatio Spafford and composed by Philip Bliss. First published in Gospel Songs No. 2 by Ira Sankey and Bliss (1876), it is possibly the most influential and enduring in the Bliss repertoire and is often taken as a choral model, appearing in hymnals of a wide variety of Christian fellowships.

Horatio Gates Spafford was a prominent American lawyer and Presbyterian church elder. He is best known for penning the Christian hymn It Is Well With My Soul following a family tragedy in which his four daughters died aboard the S.S. Ville du Havre on a transatlantic voyage.

SS Eubee was a French steam passenger ship built in 1921. 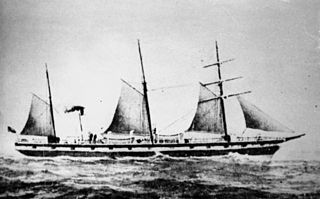 The SS Gothenburg was a steamship that operated along the British and then later the Australian and New Zealand coastlines. In February 1875, Gothenburg left Darwin, Australia and while en route to Adelaide it encountered a cyclone-strength storm off the north Queensland coast. The ship was wrecked on the Great Barrier Reef north-west of Holbourne Island on 24 February 1875. Survivors in one of the lifeboats were rescued two days later by Leichhardt, while the occupants of two other lifeboats that managed to reach Holbourne Island were rescued several days later. Twenty-two men survived, while between 98 and 112 others died, including a number of high-profile civil servants and dignitaries.

Loch Vennachar was a three-masted iron sailing ship (clipper) that operated between Great Britain and Australia between the late 19th century and 1905. The name was drawn from Loch Venachar, a lake which lies to the south-west of the burgh of Callander, in the Stirling region of Scotland. It is understood to mean "most beautiful lady" in Scottish Gaelic.

The Loch Line of Glasgow, Scotland, was a group of ill-fated colonial clippers managed by Messrs William Aitken and James Lilburn, whose sailing ships plied between the United Kingdom and Australia from 1867 to 1911. 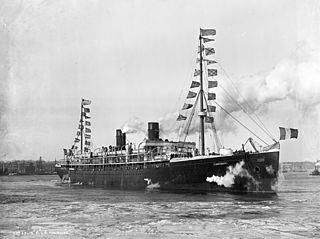 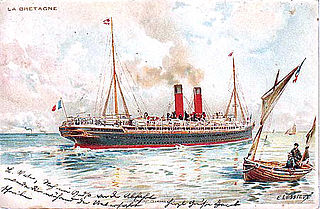 SS La Bretagne was an ocean liner that sailed for the Compagnie Générale Transatlantique (CGT) from her launch in 1886 to 1912, sailing primarily in transatlantic service on the North Atlantic. Sold to Compagnie de Navigation Sud-Atlantique in 1912, she sailed for that company under her original name and, later, as SS Alesia on France–South America routes. The liner was sold for scrapping in the Netherlands in December 1923, but was lost while being towed. 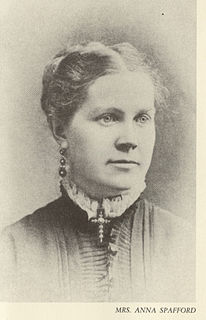 Anna Spafford, born Anne Tobine Larsen Øglende in Stavanger, Norway, was a Norwegian-American woman who settled in Jerusalem, where she and her husband Horatio Spafford were central in establishing the American Colony there in 1881.

SS La Bourgogne was a French ocean liner, which sank in a collision July 1898, with the loss of 549 lives. At the time this sinking was infamous, because only 13% of the passengers survived, while 48% of the crew did. In 1886 she set a new record for the fastest Atlantic crossing by a postal steamer.

Scotia was a British passenger liner operated by the Cunard Line that won the Blue Riband in 1863 for the fastest westbound transatlantic voyage. She was the last oceangoing paddle steamer, and as late as 1874 she made Cunard's second fastest voyage. Laid up in 1876, Scotia was converted to a twin-screw cable layer in 1879. She served in her new role for twenty-five years until she was wrecked off of Guam in March 1904.

Regie voor Maritiem Transport was the Belgian state-owned ferry service and operated ferries on the Ostend-Dover route under the name Oostende Lines. For the last few years until its demise in February 1997, the ferries from Ostend went to Ramsgate instead of Dover in partnership with Sally Line. 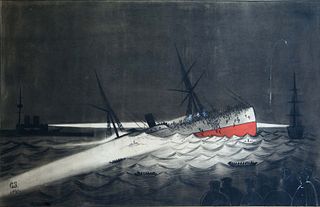 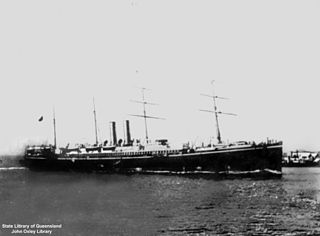 SS Oceana was a P&O passenger liner and cargo vessel, built in 1888 by Harland and Wolff of Belfast. Originally assigned to carry passengers and mail between London and Australia, she was later assigned to routes between London and British India. On 16 March 1912 the ship collided in the Strait of Dover with the Pisagua, a 2,850 GRT German-registered four-masted steel-hulled barque. As a result Oceana sank off Beachy Head on the East Sussex coast, with the loss of 17 lives.