Last updated October 25, 2020
River in Germany
This article is about the river of Bavaria, Thuringia and Saxony-Anhalt. For other uses and other rivers with the same name, see Saale (disambiguation).

The Saale originates on the slope of the Großer Waldstein mountain near Zell in the Fichtelgebirge in Upper Franconia (Bavaria), at an elevation of 728 metres (2,388 ft). It pursues a winding course in a northern direction, and after passing the manufacturing town of Hof, enters Thuringia. It flows amid well-wooded low mountains of the Thuringian Forest until it reaches the valley of Saalfeld. After leaving Saalfeld the Saale reaches Rudolstadt. Here it receives the waters of the Schwarza, in whose valley lies the ruined castle of Schwarzburg, the ancestral seat of the formerly ruling House of Schwarzburg.

From Saalfeld the Saale enters the limestone hill region north of the Thuringian Forest, and sweeps beneath the barren, conical hills enclosing the university town of Jena. It enters Saxony-Anhalt and passes the spa of Bad Kösen, washes numerous vine-clad hills and, after receiving the deep and navigable Unstrut at Naumburg, flows past Weißenfels, Merseburg, Halle, Bernburg and Calbe. It finally joins the Elbe just above Barby, after traversing a distance of 413 kilometres (257 mi) [1] —shortened 14 kilometres (9 mi) by a bypass from its natural length of 427 kilometres (265 mi).

The Saale is navigable from Naumburg and is also planned connected from Leuna with the White Elster near Leipzig by an unfinished canal. The soil of the lower part of its valley is exceptionally fertile, and produces, amongst other crops, large supplies of sugar beet. Among its tributaries are the White Elster, Southern and Northern Regnitz and Orla on the right bank, and the Ilm, Unstrut, Salza, Wipper and Bode on the left. Its upper course is rapid. Its valley, down to Merseburg, contains many castles which crown the enclosing heights. 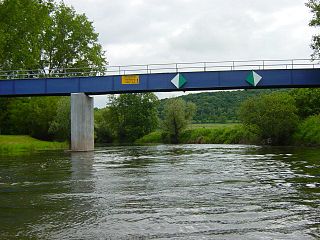 Schwarzburg is a municipality in the valley of the Schwarza in the district Saalfeld-Rudolstadt in Thuringia, Germany.

Freyburg is a town in the Burgenlandkreis district, in Saxony-Anhalt, Germany. It is situated on the river Unstrut, 9 km northwest of Hanseatic Naumburg, 63 km from Leipzig and 231 km from Berlin. It is part of the Verwaltungsgemeinschaft Unstruttal.

Zeuchfeld is a village and a former municipality in the Burgenlandkreis district, in Saxony-Anhalt, Germany. Since 1 July 2009, it is part of the town Freyburg. 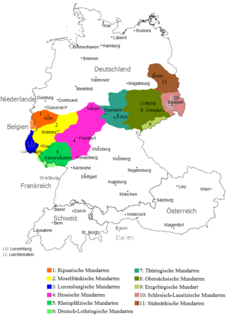 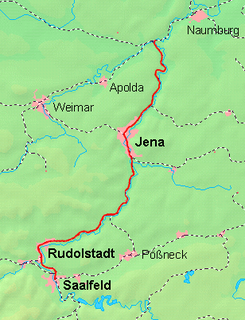 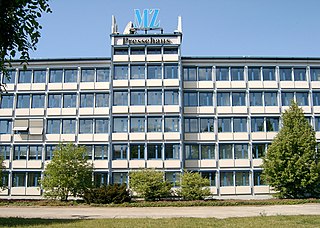 Saaleck Castle is a hill castle near Bad Kösen, now a part of Naumburg, Saxony-Anhalt, Germany.

Saaleck is a village in the former municipality of Bad Kösen, since 2010 part of the town of Naumburg in the district of Burgenlandkreis in the German state of Saxony-Anhalt.

Kleinjena is situated 4 kilometres north of Naumburg on a long spur at the foot of the Finne mountain range above the village of Kleinjena, at the heart of Federal Republic of Germany in the State of Saxony-Anhalt. It has been proposed by Germany for inscription in the List of World Heritage. The World Heritage nomination is representative for the processes that shaped the continent during the High Middle Ages between 1000 and 1300: Christianization, the so-called "Landesausbau" and the dynamics of cultural exchange and transfer characteristic for this very period.