Sabahatttin Eyüboğlu was born in 1908 on the Black Sea coast town of Akçaabat near Trabzon. His father Mehmet Rahmi was governor of Trabzon and was chosen by Mustafa Kemal Atatürk as a member of parliament.

Sabahattin graduated from the Trabzon Lyceum and was sent to France, in order to study French in Dijon, Lyon and Paris. Upon his return to Turkey, he was appointed as associate professor at the Istanbul University and assistant to Professor Spitzer and Auerbach. In 1939 the Minister of Education, Hasan Ali Yücel appointed him to the Ministry of Education, where he worked till 1947. He was also appointed as associate director of the Translation Office, a newly established department, responsible for the translation of the masterpieces of world literature. During the same period of time, he was a very strong supporter of the Village Institutes and himself taught at Hasanoğlan Village Institute near Ankara.

With the fall of minister Hasan Ali Yücel, he lost his position and left for Paris as an inspector of Turkish students in France. Back in Istanbul, he returned to his position at the university until 1960. His name was among the 147 professors fired in 1960 by the university, he was found not guilty and was asked to return to his position, which he refused. He taught history of art at the Istanbul Technical University and did translation work.

He died of a heart attack on January 13, 1973, and was laid to rest at the Merkezefendi Cemetery in Istanbul. [1]

Sabahattin Eyüboğlu is a well-known writer, art critic, an excellent translator and also one of the first documentary film producers in his country. Among the films one can find: The Hitite Sun, winner of the "Silver Bear" award at the 1956 Berlin Film Festival. Black Pen, Book of Festivities, Colors in Darkness, Roman mosaics in Anatolia, The Roads of Anatolia, The Gods of Nemrud , The Waters of ancient Antalya, The Mother Goddess, The World of Karagöz, To Live, Colored Walls, Cappadocia , Forty Fountains, Tülü.

His contribution as a translator is considerable and unsurpassed. His translation of Michel de Montaigne, Jean de La Fontaine, Ivan Goncharov, William Shakespeare, Plato, Albert Camus, François Rabelais, Paul Valéry, Jean-Paul Sartre, Aristophanes, Omar Khayyám, Arthur Miller, Molière, Franz Kafka, Bertrand Russell, François-Noël Babeuf etc. One should remember also that following the reform of the language by Atatürk, his work at the translation office allowed him to hold an important place in the implementation of the new Turkish language cleaned of Arabic and Persian words.

In 1945, answering the call of Cevat Şakir Kabaağaçlı (alias "The Fisherman of Halicarnassus"), he took part with his brother Bedri Rahmi and a few writers in a trip along the coasts of the Aegean Sea and the Mediterranean, in search of the Anatolian civilizations and, was the one, who named this cruise "the Blue Cruise" ("Mavi Yolculuk" in Turkish). Azra Erhat wrote a book on the trip, which became a classic and a reference. 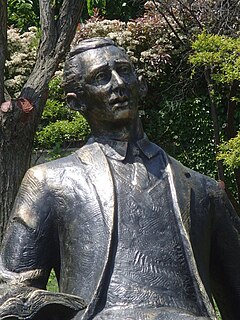 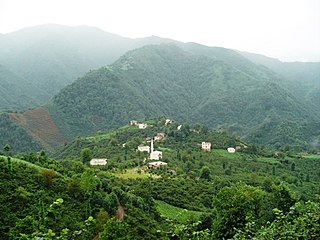 Hüseyin Nihâl Atsız was a prominent Turkish nationalist writer, novelist, poet, historian and philosopher. Nihâl Atsız self-identified as a racist, Pan-Turkist and Turanist. He also criticized Islam in his later life. He was the author of over 30 books and numerous articles and was in strong opposition to the government of İsmet İnönü, which he criticized for co-operating with the communists. He was accused of plotting to overthrow the government.

Metin Erksan was a Turkish film director and art historian.

Talât Sait Halman, GBE was a famous Turkish poet, translator and cultural historian. He was the first Minister of Culture of Turkey. From 1998 onward, he taught at Bilkent University as the dean of the Faculty of Humanities and Letters. 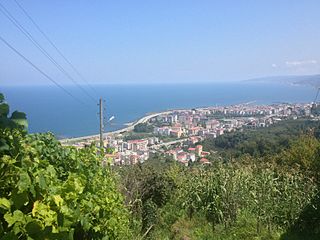 Görele is a town and a district of Giresun Province on the Black Sea coast of eastern Turkey. The population was 16,033 in 2010.

Can Yücel was a Turkish poet noted for his use of colloquial language.

A Blue Cruise, also known as a Blue Voyage or Blue Tour, is a term used for recreational voyages along the Turkish Riviera, on Turkey's southwestern coast along the Aegean and Mediterranean seas. The cruise is typically a week-long trip aboard the local gulet schooners, to ancient cities, harbors, tombs, and beaches in the numerous small coves along the country's Turquoise Coast. 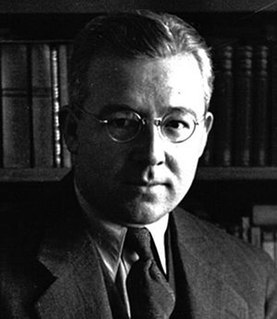 Azra Erhat was a Turkish author, archaeologist, academician, classical philologist, and translator. A pioneer of Turkish Humanism, Azra Erhat is especially well known for her published works, including many translations into Turkish from the classical literature of Ancient Greece.

Kuzguncuk is a neighborhood in the Üsküdar district on the Asian side of the Bosphorus in Istanbul, Turkey. The neighborhood is centered on a valley opening to the Bosphorus and is somewhat isolated from the main part of the city, being surrounded by nature preserves, cemeteries, and a military installation. It is a quiet neighborhood with streets lined with antique wooden houses.

Bedri Rahmi Eyüboğlu was a Turkish painter and poet.

Mualla Eyüboğlu Anhegger was one of the first female Turkish architects. She is known for her restoration work on the Topkapı Palace harem room and the Rumelihisarı in Istanbul.

The Merkezefendi Cemetery is a burial ground situated in Merkezefendi neighborhood of Zeytinburnu district on the European part of Istanbul, Turkey. The neighborhood and the cemetery are named after Merkez Efendi, an Ottoman Islamic scholar and Sufi (1463–1552).

Mari Gerekmezyan was one of Turkey's first female sculptors and the first female Armenian sculptor. She was the lover of the famous Turkish poet and painter Bedri Rahmi Eyüboğlu.

Erol Güney was a Turkish-Israeli journalist, translator and author. He is known for translating Western classics into Turkish in the 1940s, including those of Fyodor Dostoyevsky, Anton Chekhov and Molière. He was deported from Turkey in the 1950s due to an article that he wrote about the Soviet Union and emigrated to Israel in 1956, where he lived until his death in 2009.