Salinas de Garci Mendoza bears the title "Capital of Quinoa" because of the intensive cultivation of the quinoa crop in this area. 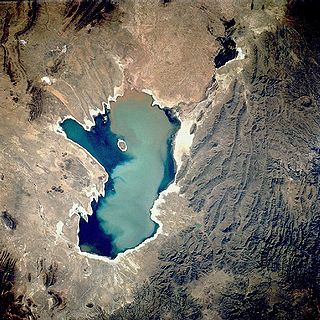 Antonio Quijarro is a province in the central parts of the Bolivian Potosí Department situated at the Salar de Uyuni. Its seat is Uyuni.

Ladislao Cabrera is a province in the southern parts of the Bolivian department of Oruro. It is named after Ladislao Cabrera. Its seat is Salinas de Garci Mendoza. 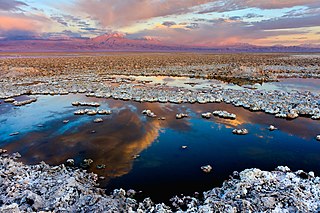 Sabaya is a small town in the Bolivian Oruro Department. In 2001 it had a population of 573 inhabitants in 2001. Sabaya is the administrative center of the Sabaya Province and the Sabaya Municipality alike. It is located 200 km south-west of Oruro, the capital of the department. It is situated at 3,698 m above sea level in the valley of the Sabaya River on the eastern slopes of Pumari. Salar de Coipasa lies 25 km south-east of Sabaya, and the stratovolcano Tata Sabaya is situated 20 km south-west of Sabaya. 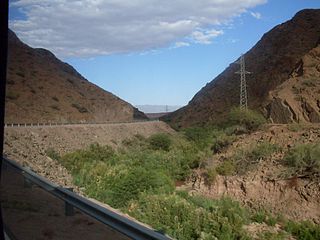 The Abaucán is a river in Argentina which flows through the provinces of Catamarca and La Rioja, areas with very low precipitation. The river water is provided by the ingress of two larger rivers, the Fiambalá and the Chaschuil. 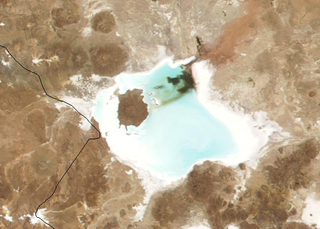 Lago Coipasa or Salar de Coipasa is a lake in Sabaya Province, Oruro Department, Bolivia. At an elevation of 3657 m, its surface area is 806 km². It is on the western part of Altiplano, 20 km north of Salar de Uyuni and south of the main road linking Oruro and Huara (Chile). 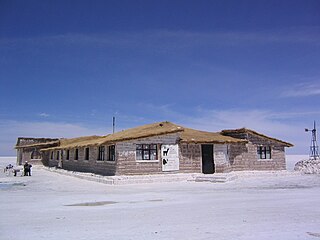 Palacio de Sal is a hotel built of salt blocks. It is located at the edge of Salar de Uyuni, the world's largest salt flat, 350 km (220 mi) south of the La Paz department's capital La Paz.

Pukintika is a volcano in the Andes, about 5,407 m (17,740 ft) high, situated in the Cordillera Occidental on the border of Bolivia and Chile. It is located in the Arica and Parinacota Region of Chile and the Oruro Department of Bolivia. Pukintika lies to the north of the Salar de Surire, east beside Arintika volcano which is younger than Pukintika. Pukintika also features a crater lake with a surface area of 2,500 square metres (27,000 sq ft). Deposits of elemental sulfur have been found on Pukintika.

Jayu Quta may refer to:

Sallani Yapu is a 4,224-metre-high (13,858 ft) mountain in the Andes of Bolivia. It is located in the Oruro Department, Ladislao Cabrera Province, Salinas de Garci Mendoza Municipality. It lies north of the Uyuni salt flat.

Jilarata is a 4,594-metre-high (15,072 ft) mountain in the Andes of Bolivia. It is located in the Oruro Department, Ladislao Cabrera Province, Salinas de Garci Mendoza Municipality. It lies near the Uyuni salt flat, north of Tunupa.