McEnery was born in Monroe in Ouachita Parish in North Louisiana. He attended Spring Hill College in Mobile, Alabama, the United States Naval Academy in Annapolis, Maryland, and the University of Virginia at Charlottesville, Virginia. In 1859, McEnery graduated from the State and National Law School in Poughkeepsie, New York. McEnery served as a lieutenant in the Confederate States Army during the Civil War.

Monroe is the eighth-largest city in the U.S. state of Louisiana. It is the parish seat of Ouachita Parish. In the official 2010 census, Monroe had a population of 48,815. The municipal population declined by 8.1 percent over the past decade; it was 53,107 in the 2000 census. After a recheck in 2018, the Census Bureau changed the 2010 population from 48,815 to 47,877. Mayor Jamie Mayo, however, maintains that the Monroe population is more than 50,000 and indicated that he will pursue a continued challenge to the count. 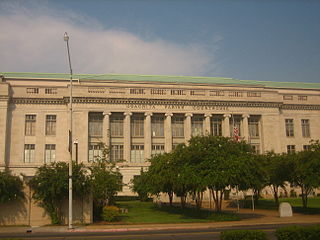 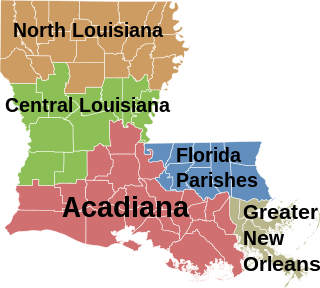 North Louisiana is a region in the U.S. state of Louisiana. The region has two metropolitan areas: Shreveport-Bossier City and Monroe-West Monroe.

In 1866, McEnery began practicing law in Monroe. He became active in the Democratic Party, and served as its chairman in Ouachita Parish. He was elected lieutenant governor in 1879, and became Governor of Louisiana in 1881 after the death of Louis A. Wiltz. McEnery was elected to a full term as governor in 1884, but failed to be re-elected in 1888. McEnery's administration was weak because of the power wielded by the State Treasurer Edward A. Burke and the corrupt Louisiana State Lottery Company. Despite Louisiana's Roman Catholic plurality (and majority in Acadiana and many of the southern parishes of the state), McEnery was the last Catholic to be elected governor prior to Edwin Edwards in 1972. [1]

The Office of Lieutenant Governor of Louisiana is the second highest state office in Louisiana. The current lieutenant governor is Billy Nungesser, a Republican.

After losing the 1888 election, McEnery was appointed to serve as an associate justice in the Louisiana Supreme Court. He was elected to serve in the United States Senate in 1896, serving there until his death in 1910. While in the Senate, McEnery served on the Committee of Corporations formed in the District of Columbia and the Committee of Transportation and Sale of Meat Products. [2]

McEnery died on June 28, 1910, in New Orleans and was interred there at Metairie Cemetery. [3] 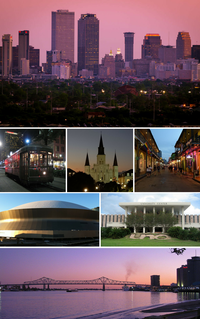 New Orleans is a consolidated city-parish located along the Mississippi River in the southeastern region of the U.S. state of Louisiana. With an estimated population of 391,006 in 2018, it is the most populous city in Louisiana. A major port, New Orleans is considered an economic and commercial hub for the broader Gulf Coast region of the United States.

James Albert Noe Sr. of Monroe served for three and a half months as the 43rd Governor of Louisiana after the death of Oscar K. Allen on January 28, 1936.

Edwin Edward Willis was an American politician and attorney from the U.S. state of Louisiana who was affiliated with the Long political faction. A Democrat, he served in the Louisiana State Senate during 1948 and in the United States House of Representatives from 1949 to 1969. Willis served on the U.S. House of Representative's Un-American Activities Committee (HUAC).

John Randolph Thornton was a United States Senator from Louisiana.

Jamar William Adcock was a high-profile banker and a Democratic state senator from Monroe, Louisiana, who served from 1960 to 1972. He was Senate president pro tempore in his third term from 1968 to 1972.

Jimmy N. Dimos is a retired Louisiana 4th Judicial District Court judge based in Monroe in Ouachita Parish, Ouachita Parish. Dimos is also a Democratic former member of the Louisiana House of Representatives, having served from 1976 to 1999. From 1988 to 1992, he was the Speaker of the House, the recommended choice of then Democratic Governor Buddy Roemer.

John McEnery was a Louisiana Democratic politician and lawyer who was considered by Democrats to be the winner of the highly contested 1872 election for Governor of Louisiana. After extended controversy over election results, the Republican candidate William Pitt Kellogg was certified. McEnery, who had been an officer in the Confederate States Army during the American Civil War, was not allowed to take office following a weighing in by the federal government and local Republicans loyal to President Ulysses S. Grant. 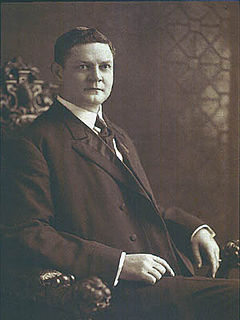 Jared Young Sanders Sr. was an American journalist and attorney from Franklin, the seat of St. Mary Parish in south Louisiana, who served as his state's House Speaker (1900–1904), lieutenant governor (1904–1908), the 34th Governor (1908–1912), and U.S. representative (1917–1921). Near the end of his political career he was a part of the anti-Long faction within the Louisiana Democratic Party. Huey Pierce Long Jr., in fact had once grappled with Sanders in the lobby of the Roosevelt Hotel in New Orleans. 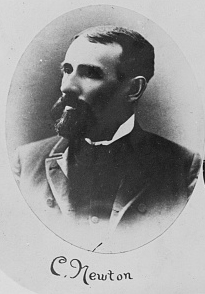 Cherubusco Newton was a U.S. Representative from Louisiana.

Newt Virgus Mills was a U.S. Representative in the first half of the 20th century for Louisiana's 5th congressional district, based in Monroe, Louisiana. 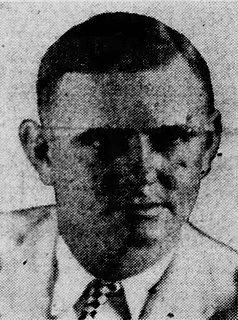 Charles Edgar Mckenzie was a U.S. Representative from Louisiana's 5th congressional district, based in the northeastern quadrant of his state. 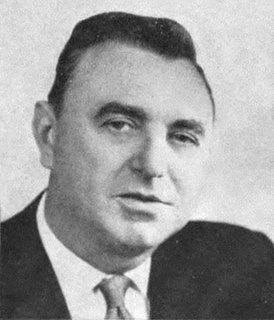 Theo Ashton Thompson was a U.S. Representative from Louisiana's 7th congressional district in the southwestern corner of the state.

Henry Garland Dupré was from 1910 to 1924 a Democratic member of the United States House of Representatives for Louisiana's 2nd congressional district, based about New Orleans, Louisiana. 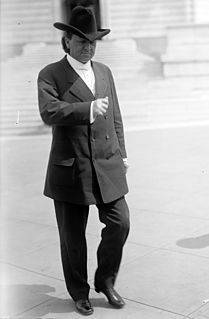 James Walter Elder was a one-term United States Representative for Louisiana's 5th congressional district. A native of Grand Prairie, Texas, he attended the public schools and from 1895 to 1901 Baylor University in Waco, Texas. He later studied law, was admitted to the bar in 1903, and commenced practice in Farmerville in Union Parish, Louisiana.

The News-Star is the principal newspaper of Monroe and northeastern Louisiana. Its circulation area ranges over some dozen parishes from Ruston, the seat of Lincoln Parish, on the west, to Tallulah in Madison Parish on the east, to the Arkansas state line on the north, and to Ferriday in Concordia Parish on the south. The newspaper is a Gannett Company publication.

William Lorenzo Howard, known as W. L. "Jack" Howard, was a five-term Democratic mayor of Monroe, Louisiana, who served from 1956 to 1972 and again from 1976 to 1978. He was a partner in the former Howard Brothers Discount Stores, which at their peak had eighty-seven outlets throughout the American South.

William Denis Brown III, known as Billy Brown, was a Democratic lawyer and businessman from Monroe, Louisiana, who was a member of the Louisiana State Senate from 1968 to 1976.

Jesse Dale Thorn, usually known as Dale Thorn or as J. Dale Thorn, was a journalist and professor at Louisiana State University in Baton Rouge, Louisiana, who was the first press secretary during the 1970s to then Governor Edwin Edwards, a Democrat.