Prior was educated at Glenelg Grammar School and the Bendigo School of Mines and Industries, Victoria. He became a teacher but soon joined the Bendigo Independent as a mining reporter. Prior briefly edited the Broken Hill Times and its successor, the Broken Hill Argus. For fourteen years from around 1889 he edited The Barrier Miner . [1]

Prior had ambitions as a financial journalist and sent pieces to the Sydney Bulletin. Jules François Archibald was so impressed that he invited Prior to join the staff. Prior accepted and took over from James Edmond as financial editor in 1903. In 1912 Prior became associate editor; in 1914 when Archibald sold his Bulletin interests to Prior, he became a major shareholder. In 1915 Prior became senior editor. Prior became both manager and editor in 1927 when William Macleod sold his shareholding to him. [1]

The Bulletin was an Australian magazine first published in Sydney on 31 January 1880. The publication's focus was politics and business, with some literary content, and editions were often accompanied by cartoons and other illustrations. The views promoted by the magazine varied across different editors and owners, with the publication consequently considered either on the left or right of the political spectrum at various stages in its history. The Bulletin was highly influential in Australian culture and politics until after the First World War, and was then noted for its nationalist, pro-labour, and pro-republican writing. It was revived as a modern news magazine in the 1960s as The Bulletin with Newsweek, and was Australia's longest running magazine publication until the final issue was published in January 2008. 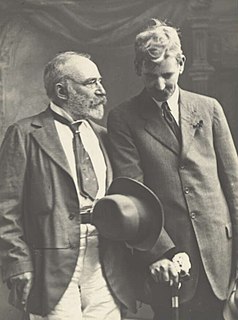 Jules François Archibald, known as J. F. Archibald, baptised John Feltham Archibald,, Australian journalist and publisher, was co-owner and editor of The Bulletin during the days of its greatest influence in Australian politics and literary life. He was also the founder and namesake of the annual Archibald Prize art award.

Edwin James Brady was an Australian journalist and poet.

Dame Mary Jean Gilmore was an Australian writer and journalist known for her prolific contributions to Australian literature and the broader national discourse. She wrote both prose and poetry.

Daniel Henry Deniehy was an Australian journalist, orator and politician; and early advocate of democracy in colonial New South Wales.

Sir William Dobell was an Australian portrait and landscape artist of the 20th century. Dobell won the Archibald Prize, Australia's premier award for portrait artists on three occasions. The Dobell Prize is named in his honour. 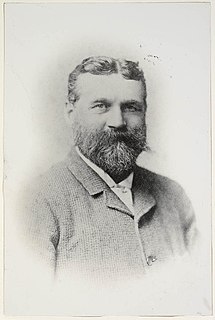 William Henry Traill was an Australian journalist and politician, commonly referred to as W. H. Traill. He was an early editor and for a period the principal proprietor of The Bulletin in Sydney.

James Edmond was a Scottish-Australian journalist and writer of short stories, and notable as an editor of The Bulletin.

Alfred George Stephens was an Australian writer and literary critic, notably for The Bulletin. He was appointed to that position by its owner, J. F. Archibald in 1894.

David Henry Souter was an Australian artist and journalist. A stocky and humorous man, Souter wrote short stories, verse, light articles and plays, with a capable and ready pen. He did a fair amount of painting in watercolor, but his reputation rests on his black-and-white work, which, considering the mass of it, was very even in quality. He also illustrated volumes written by Ethel Turner and other Australian authors. 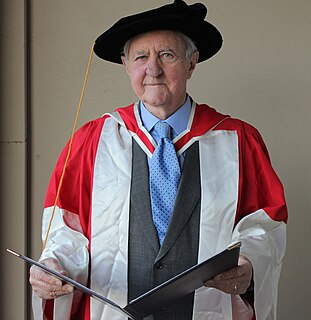 William Macleod, was an Australian artist and a partner in The Bulletin. He was described as generous, hospitable, a 'big man with a ponderous overhang of waistfront, a trim, grey beard, the curling moustachios of a cuirassier, and brown, kindly eyes gleaming through his spectacles'.

Claude McKay was an Australian journalist and publicist of Scottish descent born in Kilmore, Victoria.

Henry Archdall Langley was an influential Irish-born Anglican priest, of considerable physical strength, who migrated to Australia in 1853, and became the first Bishop of Bendigo from 1902 until his death in 1906.

Edward Nucella Emmett was an English born Australian entrepreneur and politician, briefly a member of the Victorian Legislative Council.

John Farrell was an Australian poet and journalist.

James Hebbard was a miner who became manager of the Great Central Mine, Broken Hill.