Way was born in Portsmouth,England. Reverend James Way,his father,was a clergyman in the Bible Christian Church,who emigrated to Adelaide,South Australia in 1850 along with his wife and four younger children to establish a mission. Samuel,the eldest child,remained behind,studying at Shebbear College in Shebbear,a small village in North Devon,and later at a school in Chatham in Kent. He left England to rejoin his family at the end of 1852,arriving in Adelaide in March 1853. He was soon employed in the office of John Tuthill Bagot,at that time a barrister,and in 1856 became an articled clerk to Alfred Atkinson (c. 1825 –4 June 1861),solicitor of King William Street. [1]

On 25 March 1861,Way was admitted to the South Australian Bar to practice law,and when Atkinson died shortly afterwards,Way inherited his practice. [1] Way practised as a barrister and quickly became a leader among the legal community,and in 1868 joined a partnership with another barrister,James Brook. [2] In September 1871,Way was made a Queen's Counsel,despite having been admitted to the bar only ten years earlier. When Brook died in 1872,a young Josiah Symon joined Way as partner. Way continued to be highly successful,travelling to London to argue a number of cases before the Judicial Committee of the Privy Council. In 1874,Way was elected as a member of the council of the University of Adelaide,and was also appointed to the South Australian Board of Education. [1]

In 1875,Way was elected to the South Australian House of Assembly as the member for Sturt,and on 3 June of that year joined the Boucaut government as Attorney-General of South Australia. He was only a politician for a short time,however,since in March 1876,at the age of just thirty-nine,he was appointed Chief Justice of South Australia following the death of Richard Hanson on 4 March. Since it is the role of the Attorney-General to recommend judicial candidates to the cabinet,it has been suggested that Way probably nominated himself to be Chief Justice. [3] Way soon gained a reputation as an excellent lawyer,and it has been said that none of his decisions were ever successfully appealed to a higher court. [4] Later in 1876 he was appointed as the vice-chancellor of the University of Adelaide,and in 1883 became the chancellor,a position he would hold until his death.

In October 1905,it was Way who publicly pronounced that Catherine Helen Spence,writer and suffragist,social worker and feminist was the most distinguished woman in Australia. [6]

Way was a Freemason and Grand Master of the Grand Lodge of South Australia and Northern Territory from 1884 to 1916,apart from the period 1889–95 when the position was occupied by the Governor,the Earl of Kintore. [7]

Way married Mrs. Katherine Gollan Blue (née Gordon) on 11 April 1898. [8] She was the widow of Dr. William Archibald Sinclair Blue (died 18 September 1896) of Strathalbyn. [9] The time and whereabouts of the wedding,which was the subject of great public interest,were a closely kept secret until well after the event. [10]

Way became ill in 1914,and was diagnosed with cancer. He travelled to Sydney to have his arm amputated,in an attempt to delay the cancer. The operation failed to prevent his health from deteriorating,but he continued his work as Chief Justice until December 1915. He died early the following year in North Adelaide.

The baronetcy became extinct on his death. The geological feature Mount Sir Samuel and the town of Sir Samuel in the Goldfields region of Western Australia were named after him.

A statue was unveiled on 17 November 1924,located on North Terrace,Adelaide,in front of the University of Adelaide. [1]

The Sir Samuel Way Building on Victoria Square,Adelaide,was originally a major retail outlet for Charles Moore and Co. In 1983 it was sold to the state government and was named after him. 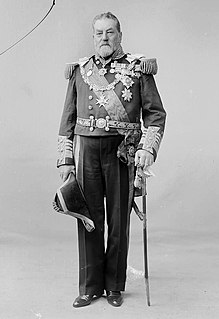 Admiral Sir Harry Holdsworth Rawson,was a senior officer in the Royal Navy. He is chiefly remembered for overseeing the Benin Expedition of 1897,a British punitive expedition against the Kingdom of Benin. Rawson's force looted and burned the palace,exiled the Oba,and plundered a large number of the Benin Bronzes and other royal treasures. Rawson was appointed Governor of New South Wales,serving from 27 May 1902 to 27 May 1909.

George Leake was the third Premier of Western Australia,serving from May to November 1901 and then again from December 1901 to his death.

Anthony Murray Gleeson is an Australian former judge who served as the 11th Chief Justice of Australia,in office from 1998 to 2008.

Sir Adrian Knox KCMG,KC was an Australian lawyer and judge who served as the second Chief Justice of Australia,in office from 1919 to 1930. 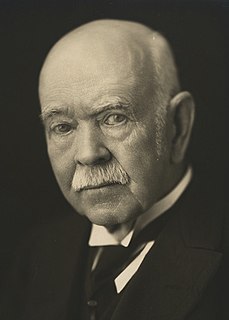 Sir Henry Briggs,Australian politician,was a Member of the Western Australian Legislative Council for 23 years,and its President for 13 years.

Shebbear College is an independent day and boarding school for girls and boys aged 4 –18 situated in Shebbear,Devon,England. The school's 85-acre rural campus is situated in the Devon countryside. 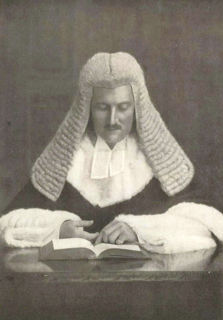 Sir Leslie Orme Wilson,was a Royal Marines officer,Conservative politician,and colonial governor. He served as Governor of Bombay from 1923 to 1926 and as Governor of Queensland from 1932 to 1946.

Sir George Coutts Ligertwood (1888–1967),commonly referred to as G. C. Ligertwood,was a Judge of the Supreme Court of South Australia. 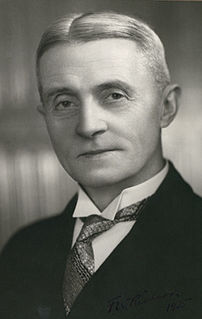 Sir Frederick William Richards (1869-1957),commonly referred to as F. W. Richards,was an Australian jurist. He retired from the Supreme Court of South Australia as senior puisne Judge in December 1945,having had a long and distinguished career of public service. He had been a Justice of the court since 1927.

Thomas Slaney Poole,commonly referred to as "Justice Poole" was a South Australian lawyer.

Eustace Beardoe Grundy was an English lawyer with a considerable career in Adelaide,South Australia.

Sir Ambrose Henry Webb was an Irish barrister and jurist who served in various positions in the British colonial empire.