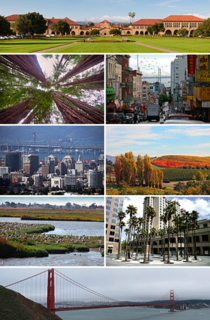 The San Francisco Bay Area is a populous region surrounding the San Francisco, San Pablo and Suisun estuaries in the northern part of the U.S. state of California. Although the exact boundaries of the region vary depending on the source, the Bay Area is generally accepted to include the nine counties that border the aforementioned estuaries: Alameda, Contra Costa, Marin, Napa, San Mateo, Santa Clara, Solano, Sonoma, and San Francisco. Other sources may exclude parts of or even entire counties, or expand the definition to include neighboring counties that don't border the bay such as San Benito, San Joaquin, and Santa Cruz.

San Pablo Bay is the northern bay section of the larger San Francisco Bay, in the North Bay region. 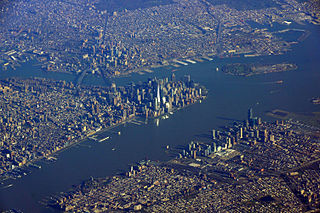 A bay is a recessed, coastal body of water that directly connects to a larger main body of water, such as an ocean, a lake, or another bay. A large bay is usually called a gulf, sea, sound, or bight. A cove is a type of smaller bay with a circular inlet and narrow entrance. A fjord is a particularly steep bay shaped by glacial activity.

San Rafael Bay is located along the Marin County coast, adjacent to the City of San Rafael. [2]

San Rafael is a city and the county seat of Marin County, California, United States. The city is located in the North Bay region of the San Francisco Bay Area. As of the 2010 census the city's population is 57,713.

The Marin Islands are within bay. The river mouth and estuary of San Rafael Creek is located at its shoreline. [2] 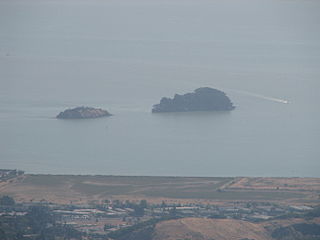 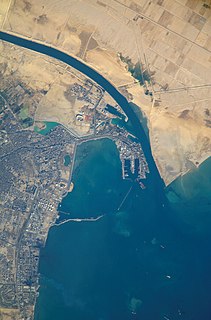 A river mouth is the part of a river where the river debouches into another river, a lake, a reservoir, a sea, or an ocean. 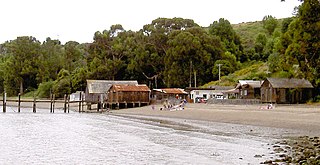 China Camp State Park is a state park of California, United States, surrounding a historic Chinese American shrimp-fishing village and a salt marsh. The park is located in San Rafael, California, on the shore of San Pablo Bay. It is known for its hiking and mountain biking trails, scenic views, and open spaces. The 1,514-acre (613 ha) park was established in 1976. A 75-acre (30 ha) district, including the shrimping village and a prehistoric shell midden, were added to the National Register of Historic Places in 1979 for having state-level significance in archaeology, architecture, commerce, settlement, and social history. 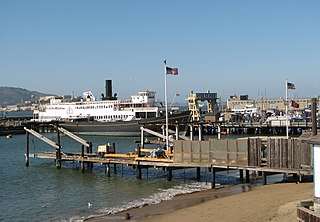 The Hyde Street Pier, at 2905 Hyde Street, is a historic ferry pier located on the northern waterfront of San Francisco, California, amidst the tourist zone of Fisherman's Wharf. 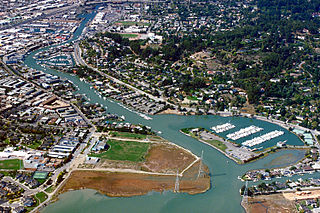 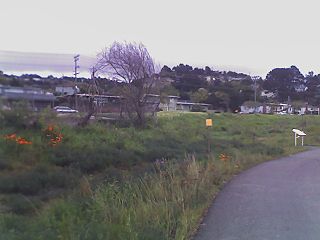 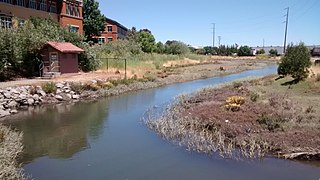 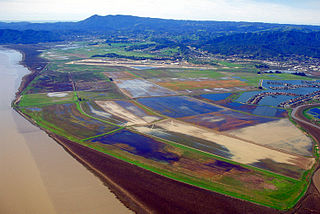 Ross Valley is a valley in Marin County, California. The city of Ross in addition to all or portions of San Anselmo, Fairfax, Kentfield, and San Rafael are located in the valley. Mount Tamalpais is to the west, the Red Hills to the east and San Rafael Bay to the south. 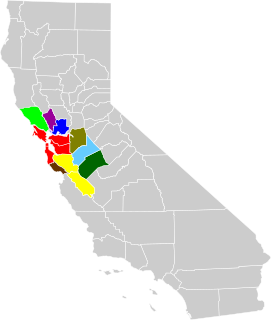 The San Jose–San Francisco–Oakland, CA Combined Statistical Area is a 12-county Combined Statistical Area (CSA) designated by the United States Office of Management and Budget in Northern California that includes the San Francisco Bay Area. The CSA is more extensive than the popular local definition of the Bay Area, which consists of only the nine counties bordering San Francisco and San Pablo Bays: Alameda, Contra Costa, Marin, Napa, San Francisco, San Mateo, Santa Clara, Solano, and Sonoma. This group of counties also elects boards for regional planning and air quality control regulation. The CSA includes San Joaquin, Santa Cruz, and San Benito counties, which do not directly border the San Francisco or San Pablo bays, but are economically connected to the other nine counties that do.