Sancho I of Portugal

Last updated March 23, 2020
‹ The template Infobox royalty is being considered for merging. ›
King of Portugal

Sancho was baptized with the name Martin (Martinho) since he was born on the feast day of Saint Martin of Tours. [6] [7] On 15 August 1170, he was knighted by his father, King Afonso I, [8] and from then on he became his second in command, both administratively and militarily. At this time, the independence of Portugal (declared in 1139) was not firmly established. The kings of León and Castile were trying to re-annex the country and the Roman Catholic Church was late in giving its blessing and approval. Due to this situation Afonso I had to search for allies within the Iberian Peninsula. Portugal made an alliance with the Crown of Aragon and together they fought Castile and León. To secure the agreement, Sancho married Dulce, [9] [10] younger sister of King Alfonso II of Aragon, in 1174. Aragon was thus the first Iberian kingdom to recognize the independence of Portugal.

With the death of Afonso I in 1185, Sancho I became the second king of Portugal. Coimbra was the centre of his kingdom; Sancho terminated the exhausting and generally pointless wars against his neighbours for control of the Galician borderlands. Instead, he turned all his attentions to the south, towards the Moorish small kingdoms (called taifas) that still thrived. With Crusader help he took Silves in 1188. [11] Silves was an important city of the South, an administrative and commercial town with population estimates around 20,000 people. Sancho ordered the fortification of the city and built a castle which is today an important monument of Portuguese heritage. At the time he also styled himself "By the Grace of God, King of Portugal and Silves (Dei Gratiæ, Rex Portugalliæ et Silbis). However, military attention soon had to be turned again to the North, where León and Castile threatened again the Portuguese borders. Silves was again lost to the Moors in 1191. [12]

Sancho I dedicated much of his reign to political and administrative organization of the new kingdom. He accumulated a national treasure, supported new industries and the middle class of merchants. Moreover, he created several new towns and villages (like Guarda in 1199 [13] ) and took great care in populating remote areas in the northern Christian regions of Portugal – hence the nickname "the Populator". [14] The king was also known for his love of knowledge and literature. Sancho I wrote several books of poems and used the royal treasure to send Portuguese students to European universities. He died in Coimbra, aged 56.

Sancho married Dulce of Aragon, daughter of Ramon Berenguer IV, Count of Barcelona and Petronilla, Queen of Aragon. Eleven children were born from this marriage, nine of whom reached adulthood:

Children out of wedlock

With Maria Aires de Fornelos, daughter of Aires Nunes de Fornelos and Maior Pais, who was buried at the Monastery of Santo Tirso in accordance with her last will, Sancho had two children, both born before his marriage to Dulce of Aragon: [24] [25] [lower-alpha 3]

After Dulce's death, he had an affair with María Pais de Ribeira "a Ribeiriña" for whom he is often said to have written and dedicated a cantiga de amigo, A Ribeirinha, composed in 1199, the oldest text known in Portuguese poetry. [25] That is contested nowadays by the Portuguese historian António de Resende Oliveira, who claims this cantiga was composed by Alfonso X of Castile or perhaps Sancho II of Portugal. [30] At least six children were born of this relationship: [31] [32]

King Sancho also had one son with Maria Moniz de Ribeira, daughter of Munio Osorio, tenente of the comarca of Cabreira and Ribera,and of Maria Nunes of Grijó,: [38]

Afonso I, nicknamed the Conqueror, the Founder or the Great by the Portuguese, and El-Bortukali and Ibn-Arrink or Ibn Arrinq by the Moors whom he fought, was the first King of Portugal. He achieved the independence of the County of Portugal, establishing a new kingdom and doubling its area with the Reconquista, an objective that he pursued until his death. 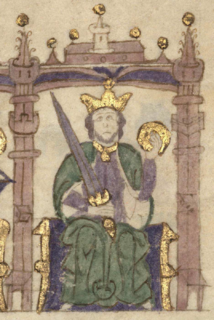 Afonso II, or Affonso, Alfonso or Alphonso (Portuguese-Galician) or Alphonsus, nicknamed the Fat, King of Portugal, was born in Coimbra on 23 April 1185 and died on 25 March 1223 in the same city. He was the second but eldest surviving son of Sancho I of Portugal by his wife, Dulce, Infanta of Aragon. Afonso succeeded his father on 27 March 1211.

Afonso IV, called the Brave, was King of Portugal from 1325 until his death. He was the only legitimate son of King Denis of Portugal by his wife Elizabeth of Aragon. 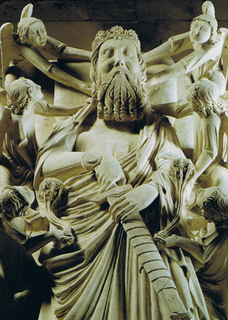 Peter I (Portuguese: Pedro I[ˈpedɾu], called the Just or the Cruel, was King of Portugal from 1357 until his death. He was the third but only surviving son of Afonso IV of Portugal and his wife, Beatrice of Castile.

Theresa was Countess and Queen of Portugal. She rebelled against vassalic ties with her half-sister Urraca and was recognised as Queen by Pope Paschal II in 1116. After being captured she was forced to accept Portugal's vassalage to the Kingdom of León in 1121, although she was allowed to keep her royal title. Her political and amorous affairs with Galician nobleman Fernando Pérez de Traba led to her ouster by her son, Afonso Henriques, who with the support of the Portuguese nobility and clergy defeated her at the Battle of São Mamede in 1128. 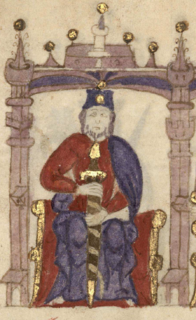 Henry, Count of Portugal, was the first member of the Capetian House of Burgundy to rule Portugal and the father of the country's first king, Afonso Henriques.

Sancha of Portugal, was a Portuguese infanta, second daughter of King Sancho I of Portugal and Dulce of Aragon. 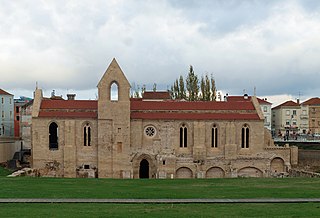 Maria of Portugal was a Portuguese infanta (princess), first daughter of King Peter I of Portugal and his Queen consort Constanza Manuel.

Matilda of Savoy was Queen of Portugal. after her marriage to King Afonso Henriques, the first sovereign of Portugal, whom she married in 1146.

Dulce of Aragon was Queen consort to King Sancho I of Portugal. As the eldest daughter of Ramon Berenguer IV, Count of Barcelona and his wife, Queen Petronila of Aragon, she was the sister of the future King Alfonso II of Aragon. 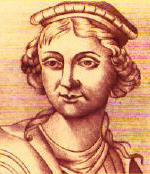 Beatriz Pereira de Alvim (1380–1414) was a Portuguese noblewoman, the only child of Nuno Álvares Pereira and his wife Leonor de Alvim. 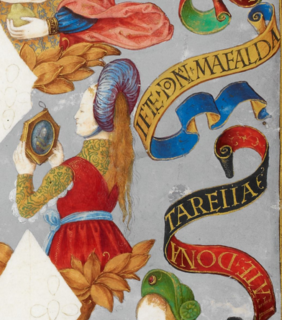 Mafalda of Portugal was a Portuguese infanta, the fourth legitimate child and third daughter of Afonso Henriques and his wife Mafalda of Savoy.

João Afonso de Albuquerque,, Juan Alfonso de Alburquerque in Spanish and nicknamed "o do Ataúde", 6th Lord of Alburquerque, was a member of the highest ranks of the nobility of the Kingdom of Portugal, an astute politician, and descendant from the royal houses of both Portugal and Castile, although through illegitimate lines. 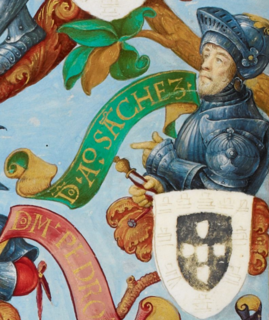 Afonso Sanches, Lord of Albuquerque was a Medieval nobleman, Lord of Cerva and Alburquerque.

Lopo Fernandes Pacheco, was the first of his lineage to accede to the highest ranks of the nobility, that of a rico-homem, in the Kingdom of Portugal. He lived during the reign of King Afonso IV of Portugal of whom he was his favorite and loyal vassal. His parents were João Fernandes Pacheco and his wife Estevaínha Lopes de Paiva, daughter of Lope Rodrigues de Paiva and Teresa Martins Xira. His family owned properties in different parts of the kingdom although its area of influence was mainly Beira in the northern part of the country.

João Afonso Telo, was the 4th Lord of Albuquerque and the 1st Count of Barcelos.