Last updated February 27, 2021
This article is about the locality in Sandviken Municipality. For other uses, see Sandviken (disambiguation).
Place in Gästrikland, Sweden

Sandviken is a locality and the seat of Sandviken Municipality in Gävleborg County, Sweden with 39,234 inhabitants in 2019. [2] It is situated about 25 km west of Gävle and lies approximately 190 km north of Stockholm. The rail journey to Stockholm takes about 2 hours and to Arlanda, Sweden's main international airport, no more than 1.5 hours.

Sandviken is the home town of the major high-technology Swedish engineering concern Sandvik and the main office of the company was located in Sandviken until January 2012 when it was moved to Stockholm.

Sandviken is home to a number of cultural activities: Kulturskolan means "the culture school" (extramural music, dance and drama training), Sandviken Big Band, Sandviken Symphonic Orchestra and many musicians in the region. Sandvikens Art Gallery shows throughout the year various interesting exhibitions. Amongst the many popular tourist attractions in the municipality, the following merit special mention: the attractive old, carefully restored industrial villages in Gysinge and Högbo Bruk with their forges and smithies, handicraft, manor houses and possibilities they offer for outdoor recreation. During the winter months the downhill skiing facilities and the Snowpark at Kungsberget attract many visitors.

Sandvikens AIK have become Swedish bandy champions several times. From the season 2009-10, they play indoors in Göransson Arena. This arena was the Division A venue for the 2017 Bandy World Championship. [3] Sandviken also hosts the World Cup, in which the home team in 2017 won for the first time on home ice (and the first time at all ever since 2002).

Sandviken is the birthplace of footballer Kim Källström.

Sandviken lies on the southern side of the intersection of Route 68/80 and Route 272 "Högbovägen." The city extends to the south along Route 272 until they meet Storsjön, where the road creates a causeway across the lake. Sandviken airport, although closer to the town of Valbo, serves the air travel needs for Sandviken, as well nearby Gävle. 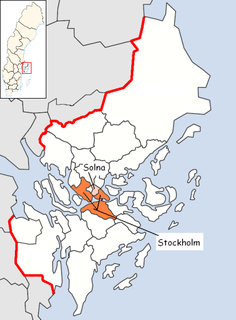 Sandviken Municipality is a municipality in Gävleborg County, in east central Sweden. The seat is the town Sandviken.

Rättvik is a locality on the eastern shore of the lake Siljan and the seat of Rättvik Municipality, Dalarna County, Sweden, with 4,686 inhabitants in 2010. Its bandy club IFK Rättvik wants to reach the highest division Elitserien and has built an indoor arena. The local baseball team, Rättvik Butchers has won the Swedish cup once and the Swedish championship twice. 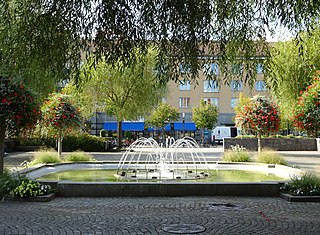 Katrineholm is a locality and the seat of Katrineholm Municipality, Södermanland County, Sweden with 24,271 inhabitants in 2018. It is located in the inland of Södermanland and is the third largest urban area in the county after Eskilstuna and county seat Nyköping. 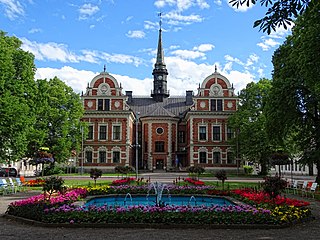 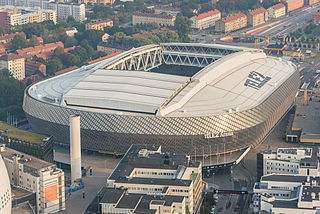 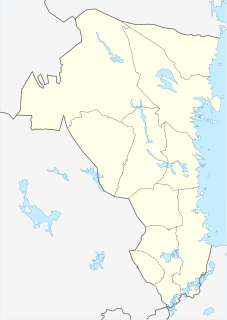 Åshammar is a locality situated in Sandviken Municipality, Gävleborg County, Sweden with 699 inhabitants in 2018.

Göransson Arena is an indoor arena in Sandviken, Sweden. It opened in 2009 and holds up to 10,000 people at music events and 4,000 spectators for bandy.

The 2018–19 Elitserien was the twelfth season of the present highest Swedish men's bandy top division, Elitserien.