The Sanjak of Herzegovina (Turkish : Hersek Sancağı; Serbo-Croatian : Hercegovački sandžak) was an Ottoman administrative unit established in 1470. The seat was in Foča until 1572 when it was moved to Taşlıca (Pljevlja). The sanjak was initially part of the Eyalet of Rumelia [ citation needed ] but was administrated into the Eyalet of Bosnia [ citation needed ] following its establishment in 1580.

In November 1481 Ayas, an Ottoman general, attacked Novi and captured it probably at the end of January 1482. [1] The sanjak was established between 1483 and 1485. In 1485, Novi was established as a kadiluk of the sanjak of Herzegovina.

In 1572, the seat of the sanjak was moved from Foča to Pljevlja.[ citation needed ]

The Banat Uprising (1594) had been aided by Serbian Orthodox metropolitans Rufim Njeguš of Cetinje and Visarion of Trebinje (s. 1590–1602). [2] In 1596 revolts spread into Ottoman Montenegro and the neighbouring tribes in Herzegovina, especially under influence of Metropolitan Visarion. [2] A Ragusan document from the beginning of 1596 claims that many Herzegovinian chieftains with the metropolitan gathered in the Trebjesa Monastery where they swore oath "to give up and donate 20,000 heroes to the emperors' light." [3] In 1596, Grdan, vojvoda of Nikšić, and Serbian Patriarch Jovan Kantul (s. 1592–1614) led rebels against the Ottomans but were defeated on the Gacko Field in 1597 (see Serb Uprising of 1596–97). However, Grdan and Patriarch Jovan would continue to plan revolts against the Ottomans in the coming years. [4]

In 1737, Bogić Vučković and his brothers organized an uprising in Herzegovina during the Austro-Turkish War (1737–39).[ citation needed ]

At the beginning of the 19th century, the Bosnia Eyalet was one of the least developed and more autonomous provinces of the Empire. [5] In 1831, Bosnian kapudan Husein Gradaščević occupied Travnik, demanding autonomy and the end of military reforms in Bosnia. [6] Ultimately, exploiting the rivalries between beys and kapudans, the grand vizier succeeded in detaching the Herzegovinian forces, led by Ali-paša Rizvanbegović, from Gradaščević's. [6] The revolt was crushed, and in 1833, a new Herzegovina Eyalet was created [ citation needed ] from the southern part of the Bosnia Eyalet and given to Rizvanbegović as a reward for his contribution in crushing the uprising. [6] This new entity lasted only for a few years, being re-integrated into the Bosnia Eyalet after Rizvanbegović's death (1851).[ citation needed ]

In 1875, an uprising broke out in Herzegovina, led by local Serbs against their Ottoman Bosnian lords who treated them harshly and ignored the new reforms announced by Sultan Abdülmecid I. The rebels were aided with weapons and volunteers from the Principalities of Montenegro and Serbia, whose governments eventually jointly declared war on the Ottomans on 18 June 1876, leading to the Serbo-Turkish War (1876–78) and Montenegrin–Ottoman War (1876–78), which in turn led to the Russo-Turkish War (1877–78) and Great Eastern Crisis. A result of the uprisings and wars was the Berlin Congress in 1878, which gave Montenegro and Serbia independence and territorial expansion, while Austro-Hungary occupied Bosnia and Herzegovina for 30 years, while it still was de jure Ottoman territory. The Austro-Hungarian occupation and Montenegrin expansion of Old Herzegovina marks the end of the Sanjak of Herzegovina. 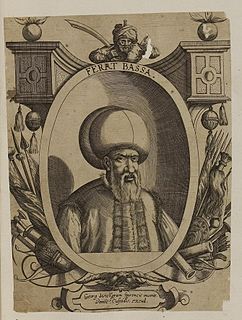 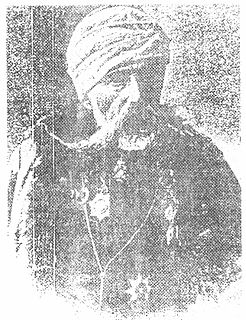 Smail-aga Čengić was an Ottoman Bosnian lord and general in the Ottoman Army. In 1831–32, Čengić was one of the Ottoman generals that fought against Husein Gradaščević, who was leading a rebellion in Bosnia against the central Ottoman government. 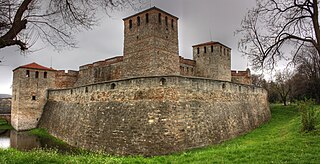 Brda, is a historical and ethnographical region in Montenegro. The historical tribes of Brda: Vasojevići, Bjelopavlići, Piperi, Kuči, Bratonožići, Morača and Rovčani constituted this region, known as the Highlander tribes, or simply Highlanders (Брђани/Brđani), before the late 19th- and early 20th century and full independence of Montenegro.

Grdan was the vojvoda (duke) of the Nikšić nahija, part of the Sanjak of Herzegovina, who led several uprisings against the Ottomans in between 1596 and 1612, alongside Serbian Patriarch Jovan Kantul.

The Nikšići was one of the historical tribes in the Ottoman Sanjak of Herzegovina, constituting the Nikšić nahija. It was part of Old Herzegovina, that in 1858 was de facto incorporated into the Principality of Montenegro.

Damjan Ljubibratić, known as Damjan the Serb was a Serbian Orthodox monk and diplomat, the secretary of Patriarch Jovan Kantul.

The Serb uprising of 1596–1597, also known as the Herzegovina uprising of 1596–1597, was a rebellion organized by Serbian Patriarch Jovan Kantul and led by Grdan, the vojvoda ("duke") of Nikšić against the Ottomans in the Sanjak of Herzegovina and Montenegro Vilayet, during the Long Turkish War (1593–1606). The uprising broke out in the aftermath of the failed Banat Uprising in 1594 and the burning of Saint Sava's relics on April 27, 1595; it included the tribes of Bjelopavlići, Drobnjaci, Nikšić, and Piva. The rebels, defeated at the field of Gacko in 1597, were forced to capitulate due to a lack of foreign support.

Visarion was the Metropolitan of Herzegovina between 1590 and 1602.

Derviš-beg Alić Sarvanović, known as Derviš Alić or Dervish Bey was the Ottoman governor of the sanjak of Montenegro from 1592 to at least 1597. He was from Peć. 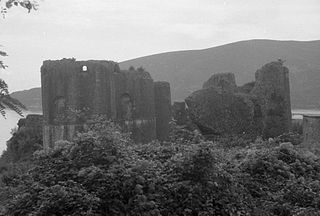 Vlatko Hercegović, , was the second and the last Herzog of Saint Sava, succeeding his father Stjepan Vukčić in 1466.