The Awards is selected from among all the children's books published in Japan of the previous year. The Awards will be announced on the Children's Day on May 5 every year. The award ceremony are held at the end of May or early June, and "Kiko, Princess Akishino" will attended.

The 18th (1971) - 心の灯 考古学への情熱 (Kokoro No Tomoshibi Koukogaku He No Jonetsu) (Light of mind, The Passion for Archeology) - (Author : Eiichi Fujimori - Archaeologist  : published by Chikuma Shobo

The 30th (1983) - はじめてであうすうがくの絵本 全3冊 (Hajimete Deau Sugaku No Hon) (the picturebook for mathematics for the first time - All 3 volumes)- (author : Mitsumasa Anno ) published by Fukuinkan Shoten

Motojirō Kajii was a Japanese author in the early Shōwa period known for his poetic short stories. Kajii left behind masterpieces such as Remon, "Shiro no aru machi nite". Fuyu no hi and Sakura no ki no shita ni wa. His poetic works were praised by fellow writers including Yasunari Kawabata and Yukio Mishima. Today his works are admired for their finely tuned self-observation and descriptive power.

Hideaki Sena, Ph.D. is a Japanese pharmacologist and novelist. Sena was a graduate student at Tohoku University when he wrote his prizewinning debut novel, Parasite Eve.

Yoshimi Usui was a Japanese author and critic from Azumino, Nagano prefecture.

Shin'ichirō Nakamura was a Japanese author.

Yoshihiko Funazaki was a Japanese novelist, poet, illustrator, manga artist, songwriter, and assistant professor of Shirayuri College. He has written more than 300 books.

Motoichi Kumagai was a Japanese photographer and illustrator of books for children, known for his portrayal of rural and school life. He has illustrated numerous children's books, books containing his photography, and other works. His works have won prizes, beginning with a photography prize from the Mainichi Shimbun in 1955.

Hiroshi Gamo is a Japanese manga artist known for his works in the magazine Weekly Shōnen Jump. His most famous work is the gag manga series Tottemo! Luckyman.

Machiko Satonaka is a Japanese manga artist. She made her professional debut in 1964 during her second year of high school with the one-shot Pia no Shōzō. She has since created nearly 500 manga in a variety of genres. Two of her most notable works are Ashita Kagayaku, which won the 1974 Kodansha Publishing Culture Award, and Karyūdo no Seiza, which won the 1982 Kodansha Manga Award. In addition to creating manga, Satonaka teaches at the Osaka University of Arts as the head of the Character Creative Arts Department and serves on the board of various manga-related organizations in Japan.

Nahoko Uehashi is a Japanese writer, primarily of fantasy books, for which she has won many awards.

Katsuji Matsumoto was a Japanese illustrator and shōjo manga artist. Matsumoto's 16-page The Mysterious Clover (1934) is recognized as a pioneering work in the field of manga, but he is best known for his shōjo manga Kurukuru Kurumi-chan, serialized from 1938 to 1940, and again from 1949 to 1954.

Miki Tori, also known as Micky Bird or Mickey Bird, is a Japanese manga artist, character designer, essayist, and screenplay writer. Tori has won multiple awards for his work, including two Seiun Awards and one Bungeishunjū Manga Award. His pen name was created by mixing up the pronunciation of the kanji making up his real name. He worked as a writer on WXIII: Patlabor the Movie 3. 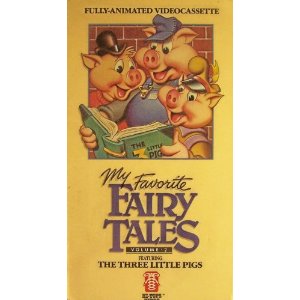 My Favorite Fairy Tales in Japan is a 1986 anime series of fairy tales and other classic stories created by Robert Barron. The series was released by Saban Productions.

Magical Girl Apocalypse, known in Japan as Magical Girl of the End, is a Japanese action-horror magical girl shōnen manga series written and illustrated by Kentarō Satō. It began publication in July 2012 in the manga magazine Weekly Shōnen Champion, published by Akita Shoten, and has been compiled into sixteen tankōbon volumes as of September 2017. The series is published in North America by Seven Seas Entertainment. A spin-off series called Magical Girl Site was later made that shares the same themes.

Rieko Nakagawa is a Japanese children's literature writer and lyricist. Her first work, Iyayaen, was published in 1962, and she has published over 30 books since then. She has won multiple awards for her works, including the Kikuchi Kan Prize.

Wakamatsu Shizuko was an educator, translator, and novelist best known for translating Little Lord Fauntleroy written by Frances Hodgson Burnett. She is also known for introducing literature with Christianity for children's novels.

Kikuko Tsumura is a Japanese writer from Osaka. She has won numerous Japanese literary awards, including the Akutagawa Prize, the Noma Literary New Face Prize, the Dazai Osamu Prize, the Kawabata Yasunari Prize, and the Oda Sakunosuke Prize.

Kawade Shobō Shinsha., Ltd., formerly Kawade Shobō (河出書房), is a publisher founded in 1886 in Japan and headquartered in Sendagaya, Shibuya, Tokyo. It publishes the magazine Bungei and administers the Bungei Prize.