The Sarajevo Winter Festival (Bosnian, Croatian and Serbian: Sarajevska zima / Сарајевска зима) is a cultural festival held annually since the winter of 1984-1985.

The “Sarajevo Winter” Festival has traditionally been held under the auspices of the Secretary General of the Council of Europe, European Union, UNESCO, The Presidency of B&H, The Federation of B&H, The Council of Ministers of B&H, Sarajevo Canton, City of Sarajevo and Stari grad Municipality. 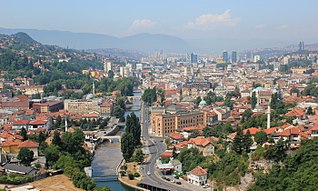 Sarajevo is the capital and largest city of Bosnia and Herzegovina, with a population of 275,569 in its administrative limits. The Sarajevo metropolitan area including Sarajevo Canton, East Sarajevo and nearby municipalities is home to 555,210 inhabitants. Located within the greater Sarajevo valley of Bosnia, it is surrounded by the Dinaric Alps and situated along the Miljacka River in the heart of the Balkans, a region of Southern Europe.

Baščaršija Nights is the biggest culture festival in Sarajevo, Bosnia and Herzegovina. Taking place throughout July every year, it celebrates various aspects of the nation's culture, and includes performances of classical music, rock and roll and folk music; live theatre; various exhibits and folklore displays; as well as books, film, children's programming, opera and ballet.

The Culture of Sarajevo is represented in various ways.

The University of Sarajevo is a public university located in Sarajevo, Bosnia and Herzegovina. It is the largest and oldest university in the country, as well as the oldest institution of tertiary learning in the former Yugoslavia, tracing its initial origins to 1537 as an Islamic madrasa. 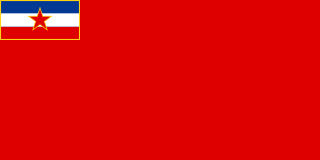 The Sarajevo National Theatre was founded in November 1921.

Ibrahim Spahić is the president and director of the X Biennial of Young Artist of Europe and the Mediterranean.

Vlaška is a village in the municipality of Trebinje, Republika Srpska, Bosnia and Herzegovina.

Trševine is a village in the municipality of Višegrad, Bosnia and Herzegovina.

Vučine is a village in the municipality of Višegrad, Bosnia and Herzegovina. 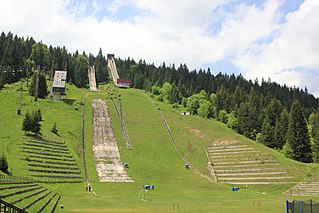 Igman Olympic Jumps, also known as Malo Polje, is a defunct ski jumping hill on the mountain of Igman in Ilidža, Sarajevo, Bosnia and Herzegovina. It consists of a large hill with a construction point (K-point) of 112 meters (367 ft) and a normal hill with a K-point of 90 meters (295 ft). Construction started in 1980 and the venue opened in 1982 to host ski jumping and Nordic combined at the 1984 Winter Olympics. The large hill event saw Finland's Matti Nykänen set the hill record of 116.0 meters (381 ft) in front of 90,000 spectators. No other International Ski Federation (FIS) sanctioned competitions have taken place at the hills. During the Siege of Sarajevo, the hills became a battleground and have since not been used. However, there are plans to rebuild the in-run, expand the large hill and build new spectator stands and visitor facilities.

Vrhbosna was the medieval name of a small region in today's central Bosnia and Herzegovina, centered on an eponymous settlement (župa) that would later become part of the city of Sarajevo. 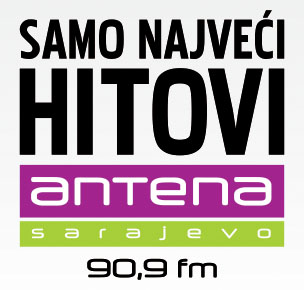 The following is a timeline of the history of the city of Sarajevo, Bosnia and Herzegovina. 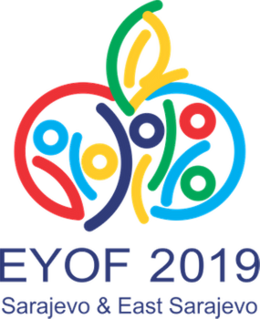 The 2019 European Youth Olympic Winter Festival was held in Sarajevo & Istočno Sarajevo, Bosnia and Herzegovina from 10 to 15 February 2019.

Radio Sarajevo is a radio station and magazine that began airing 10 April 1945, four days after the liberation of Sarajevo, Bosnia and Herzegovina near the end of World War II. It was Bosnia and Herzegovina's first radio station. The first words spoken by announcer Đorđe Lukić were "This is Radio Sarajevo... Death to fascism, freedom to the people!"

Radio Ritam Sarajevo is a Bosnian commercial radio station, broadcasting from Sarajevo. The same FM frequencies once were used by the local Radio Hayat from Pazarić, near Sarajevo. Since September 2013, after purchase, a new Radio format and name is presented as a result of joining the newly formed Soundset national radio group in Bosnia and Herzegovina.