Sarpsborg 08 Fotballforening, commonly known as Sarpsborg 08 or simply Sarpsborg ( [ˈsɑ̀ʂbɔr] ), is a Norwegian football club based in Sarpsborg, playing in Eliteserien. Sarpsborg 08 and its predecessors played in 1. divisjon from 2005 to 2010. In 2010, the club was promoted to the Tippeligaen, the top league in Norway, but finished last and was relegated back to 1. divisjon in 2011. In 2012, they were promoted again and 6 years after, they qualified for their first Europa League group stage. They play their home games at Sarpsborg Stadion.

The remaining clubs in the "Sarpsborg Fotball" project formed a new club called Borg Fotball, which won promotion to the 2. divisjon in 2002, but was relegated again in 2003. Meanwhile, Sparta was promoted to the Second Division the same season, and re-entered the collaboration club which now was renamed FK Sparta Sarpsborg. The club earned promotion to 1. divisjon (the second tier of Norwegian football) in 2005.

At the end of the 2007 season, the last major club in the district, Sarpsborg FK, joined the collaboration of teams and ended a rather long and hefty rivalry between the two clubs. At the same time, in an effort to unite the different factions within the collaboration, the jersey was changed and the club renamed itself Sarpsborg Sparta FK. This name remained a source of contention throughout the 2008 season, however, and a new name, Sarpsborg 08 FF, was adopted in 2009.

The 2009 season started badly for Sarpsborg, and it appeared they would be fighting against relegation to the 2. divisjon. The situation worsened when the Football Association of Norway determined that Sarpsborg 08 had submitted an unrealistic budget when they obtained their license to play in the 1. divisjon, and were penalized three points in June, leaving Sarpsborg in a relegation spot. [2] However, after Roar Johansen became coach, the second part of the season went well for the team, which not only climbed out of the relegation spots, but finished fifth, allowing them to participate in the qualification matches for the 2010 Tippeligaen. In the semi-final match of the qualification, Sarpsborg defeated local rivals Fredrikstad FK 2–0 (who were therefore relegated from the top division). [3] In the home match of the qualification final, Sarpsborg defeated Kongsvinger 3–2, [4] but lost the second leg 3–1 and remained in the 1. divisjon. [5]

The 2010 season ended with a 4–0 home-win against Alta. This meant that the team ended in second place, after league-winner Sogndal, and won the right to play in the 2011 edition of the Tippeligaen.

The 2011 season started with a surprising 3–0 win against Molde in Ole Gunnar Solskjær first match as manager of Molde. But after a good start, Sarpsborg was relegated back to 1. divisjon on 23 October 2011, when they lost 3–0 away at Brann with three rounds left to play. The club finished last with only 21 points.

In the 2012 season, Sarpsborg finished the 1. divisjon in second place and was promoted to Tippeligaen. On 3 January 2013, former Sheffield United striker Brian Deane was appointed as head coach. In 2015, Geir Bakke took over as head coach and led the club to their first Norwegian Cup final. They lost the 2015 Norwegian Football Cup Final 0−2 against Rosenborg. In 2017 they repeated the feat and reached the final again, but lost 2–3 against Lillestrøm. Sarpsborg finished in third place in the 2017 Eliteserien, their first medal-winning position in club history.

Sarpsborg 08 has gained a reputation as one of the best springboards for African players in need of a European acclimatization club. Senegalese Makthar Thioune played three years for Sparta Sarpsborg and Sarpsborg Sparta (Sarpsborg 08's predecessors) in the second tier, and when Molde purchased him in 2009 he was immediately "Player of the Year" in the top league, with the third highest rating in a 25-year period. He later played in Germany. Moroccan-born Mohamed Elyonoussi blossomed during the 2013 season, and Sarpsborg 08 manager Brian Deane stated he was worth £10M in a few years, an unusual valuation in Norwegian football. Sarpsborg 08 sold him to Molde too, but only got a tenth of Deane's prediction in 2014. Only four years later Southampton purchased Elyounoussi from Basel for £18M. Another big Sarpsborg 08 transfer in 2014 happened when Guangshou R&F manager Sven Göran Eriksson purchased Aaron Samuel from Sarpsborg 08 for €1.4m. Samuel blossomed in Sarpsborg with 13 goals in a year, after only 2 goals in big city club Vålerenga. He also scored both his goals for Nigeria in 2014. In 2017 Sarpsborg 08 signed Krepin Diatta from Senegal. He hardly played in his first half year in the club, but then blossomed with 5 goals and 8 assists in 3 months. Diatta was then sold to Brügge for €2.65m and later to Monaco for €16.7m. In 2019 Sarpsborg 08 signed Malian Ismaila Coulibaly and while acclimatized he only started 5 matches in the first 35 league matches while in the club. Then he was given the chance at a time the club was rock bottom with five losses in five matches. The club then took 17 points in the next 6 weeks and Coulibaly dominated with 4 goals, leading to Sheffield United purchasing him for €2m. Being only the 16th largest municipality in Norway, the processing of African teenage talents has been a major success factor leading to Sarpsborg 08 fighting above the size of the city.

Below are notable players who have represented Sarpsborg 08. To appear in the section below, a player must have either at least two international matches or Champions League matches (group stage or later), 150 official club matches or 30 club goals, including appearances and goals for preceding teams mentioned in pre-existence phase. Players are sorted by birth date.

The 2006 1. divisjon season was a Norwegian second-tier football season. The season kicked off on April 9, 2006, with eleven rounds being played before the World Cup break on June 5. The league resumed on July 2 and the final round was played on November 5, 2006.

Fotballklubben Sparta Sarpsborg is the football department of IL Sparta. Founded in 1928, the club got its present name in 2004. The club currently plays in 4. divisjon, the fifth tier of the Norwegian football league system. 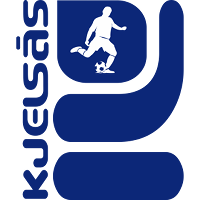 Kjelsås Fotball is the association football section of the sports club Kjelsås IL, based in the Kjelsås/Grefsen area of Oslo, Norway. The club was founded in 1913. It currently plays in the 2. divisjon, having been relegated from the 1. divisjon in 2001.

Joackim Jørgensen; is a Norwegian professional footballer who plays for IK Start in the Norwegian 1. divisjon.

The 2007 season was Molde's 1st season back in the Adeccoligaen after relegation from the Tippeligaen in 2006. They finished in 1st position in the league and in the Norwegian Cup they were knocked out in the first round by KIL/Hemne.