Saucelle is a municipality located in the province of Salamanca, Castile and León, Spain. As od 2016 the municipality has a population of 308 inhabitants. 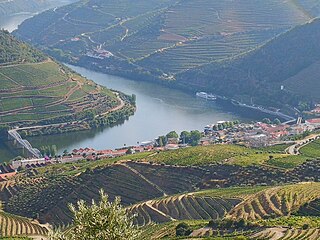 The Douro is one of the major rivers of the Iberian Peninsula, flowing from its source near Duruelo de la Sierra in Soria Province across northern-central Spain and Portugal to its outlet at Porto. 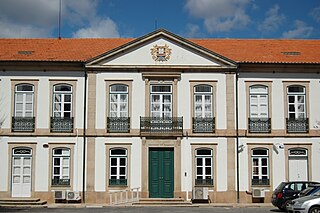 Bragança District is a traditional political division of Portugal, in the northeast corner bordering on Spain, covering 7.4% of the nation's continental landmass. The capital of the district, Bragança, is 217 kilometres (135 mi) from Porto, the second largest town in Portugal, 107 kilometres (66 mi) from the Spanish town of Zamora and 169 kilometres (105 mi) from Salamanca, also in Spain. Bragança is administratively divided in twelve municipalities and 299 parishes located in the north-eastern part of Trás-os-Montes. As of the 2011 census, the total resident population was approximately 136,252. It is bordered by Spain in the north and northeast, Vila Real District in the west, Viseu District in the southwest and Guarda District in the south.

Freixo de Espada à Cinta, sometimes erroneously called Freixo de Espada Cinta, is a municipality in the northeastern region of Portugal, near the border with Spain, along the Douro River Valley. The population in 2011 was 3,780, in an area of 244.14 km2.

La Saucelle is a commune in the Eure-et-Loir département in northern France.

The Saucelle Dam is a gravity dam on the Douro River. It is located about 4 km (2.5 mi) west of Saucelle in the province of Salamanca, Castile and León, Spain. The dam straddles the border of Spain and Portugal but is owned and operated by Spain's Iberdrola. Construction on the dam began in 1950 and was completed in 1956. The primary purpose of the dam is hydroelectric power production and it has an installed capacity of 520 MW. The power is produced by two power stations, both located just downstream. Saucelle I was commissioned in 1956 and contains four 62.5 MW Francis turbine-generators for an installed capacity of 251 MW. Saucelle II is located underground and was commissioned in 1985. It contains two 134.5 MW Francis turbine-generators for an installed capacity of 269 MW.

The GR 14 is a Percurso pedestre de grande rota in Portugal, which connects with a corresponding path into Spain. In Portugal, it is known as the Rota dos Vinhos da Europa, and Portuguese tourist maps mark it as continuing through wine-growing areas of Spain and France to terminate at Strasbourg. As of 2015 it is not included in the list of "E-paths" published by the European Ramblers' Association; however, a long-distance route of the same number (GR 14, known as the Senda del Duero does continue the route into Spain from the border at Salto de Saucelle 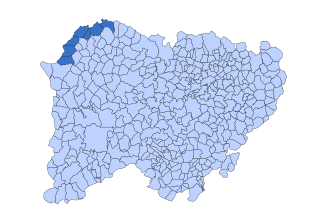