Scînteia (Romanian: “The Spark”) was the name of two newspapers edited by Communist groups at different intervals in Romanian history. The title is a calque from the Russian Iskra . It was known as Scânteia until the 1953 spelling reform, which replaced the letter Â with the phonologically identical Î in all cases.

The first paper of that name was edited by Romanian revolutionaries in Bolshevist Russia, appearing throughout 1919 in the city of Odessa.

Scânteia reemerged as the official voice of the Communist Party of Romania on August 15, 1931, being published clandestinely in Bucharest until 1940, when the hostility between Romania and the Soviet Union grew to a level where a crackdown on communist propaganda became imminent.

In the wake of King Michael's Coup of 23 August 1944 and Romania's withdrawing from the Axis and joining the Allies, Scânteia was yet again being published, to remain the approved, sanctioning, body of communist politics. During Communist Romania (since early 1948), the newspaper was the barometer of policy changes, and the main medium through which the regime indicated its aims (for example, Scînteia served as the tribune for slander campaigns against intellectuals such as Tudor Arghezi). Moreover, in 1961, August 15, the date on which the newspaper had first been published in Romania 30 years previously, was declared the Romanian Press Day — indicative of the relationship between the official voice and other media.

The headquarters of the paper were the main feature of the Socialist Realist Combinatul Poligrafic Casa Scînteii "I.V. Stalin", a name later reduced to Casa Scînteii, after it dropped the reference to Joseph Stalin during De-Stalinization. Today, the building goes by the name of the House of the Free Press (Casa Presei Libere).

Scînteia was accompanied by a youth version, one edited by the Union of Communist Youth (a branch of the Party that resembled the Soviet Komsomol, up to a point). Scînteia Tineretului (or Scânteia tineretului; approximately "Youth's Spark") began its edition in November 1944. It was also published under the names of Tinerețea ("The Youth") and Tînărul Muncitor (or Tânărul Muncitor; "The Young Worker").

With the 1989 overthrow of the Communist regime came the outlawing of all Communist Party institutions, including all its newspapers, Scînteia's assets were mostly taken over by the post-communist Adevărul . 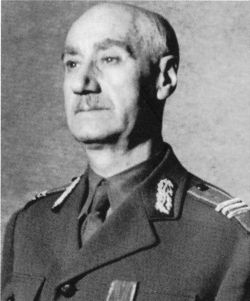 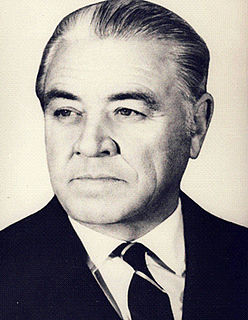 Ion Gheorghe Iosif Maurer was a Romanian communist politician and lawyer, and the 49th Prime Minister of Romania. He is the longest serving prime-minister in history of Romania.

The House of the Free Press is a building in northern Bucharest, Romania, the tallest in the city between 1956 and 2007. 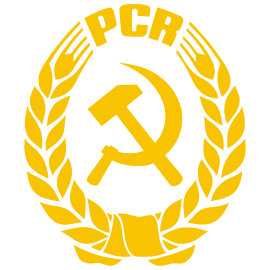 The Romanian Communist Party was a communist party in Romania. Successor to the pro-Bolshevik wing of the Socialist Party of Romania, it gave ideological endorsement to a communist revolution that would replace the social system of the Kingdom of Romania. After being outlawed in 1924, the PCR remained a minor and illegal grouping for much of the interwar period, and submitted to direct Comintern control. During the 1920s and 1930s, most of its activists were imprisoned or took refuge in the Soviet Union, which led to the creation of competing factions which at times came in open conflict. This did not prevent the party from participating in the political life of the country through various front organizations, most notably the Peasant Workers' Bloc. The Communist Party emerged as a powerful actor on the Romanian political scene in August 1944, when it became involved in the royal coup that toppled the pro-Nazi government of Ion Antonescu. With support from Soviet occupational forces, the PCR was able to pressure King Michael I into abdicating, and establish undisguised Communist rule in 1948. 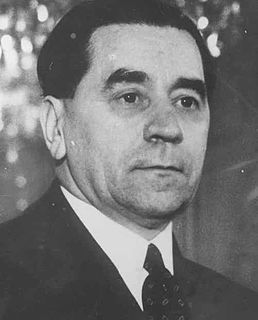 Gheorghe I. Tătărescu was a Romanian politician who served twice as Prime Minister of Romania, three times as Minister of Foreign Affairs and once as Minister of War (1934). Representing the "young liberals" faction inside the National Liberal Party (PNL), Tătărescu began his political career as a collaborator of Ion G. Duca, becoming noted for his anticommunism and, in time, for his conflicts with the PNL's leader Dinu Brătianu and the Foreign Minister Nicolae Titulescu. During his first time in office, he moved closer to King Carol II and led an ambivalent policy toward the fascist Iron Guard and ultimately becoming instrumental in establishing the authoritarian and corporatist regime around the National Renaissance Front. In 1940, he accepted the cession of Bessarabia and Northern Bukovina to the Soviet Union and had to resign.

Silviu Brucan was a Romanian Communist politician. He became a critic of the dictatorship of Nicolae Ceaușescu. After the Romanian Revolution, Brucan engaged as a political analyst. 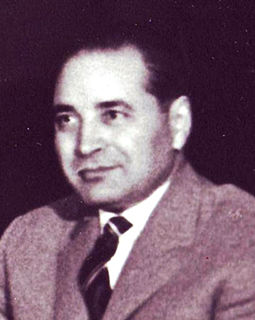 Gheorghe Apostol was a Romanian politician, deputy Prime Minister of Romania and a former leader of the Communist Party, noted for his rivalry with Nicolae Ceaușescu.

Iorgu Iordan was a Romanian linguist, philologist, diplomat, journalist, and left-wing agrarian, later communist, politician. The author of works on a large variety of topics, most of them dealing with issues of the Romanian language and Romance languages in general, he was elected a full member of the Romanian Academy in 1945. He was head of its Institute of Linguistics between 1949 and his retirement in 1962. 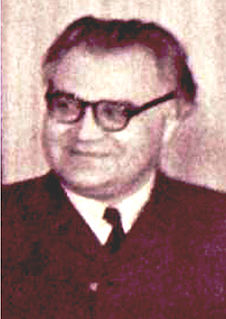 Miron Constantinescu was a Romanian communist politician, a leading member of the Romanian Communist Party, as well as a Marxist sociologist, historian, academic, and journalist. Initially close to Communist Romania's leader Gheorghe Gheorghiu-Dej, he became increasingly critical of the latter's Stalinist policies during the 1950s, and was sidelined together with Iosif Chișinevschi. Reinstated under Nicolae Ceauşescu, he became a member of the Romanian Academy.

Valter or Walter Roman, born Ernst or Ernő Neuländer, was a Romanian communist activist and soldier. During his lifetime, Roman was active inside the Romanian, Czechoslovakian, French, and Spanish Communist parties as well as being a Comintern cadre. He started his military career as a volunteer in the International Brigades during the Spanish Civil War, and rose to prominence in Communist Romania, as a high-level politician and military official. 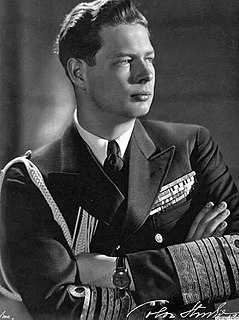 King Michael's Coup was a coup d'état led by King Michael I of Romania during World War II on 23 August 1944. With the support of several political parties, the king removed the government of Ion Antonescu, which had aligned Romania with Nazi Germany, after the Axis front in northeastern Romania collapsed in the face of a successful Soviet offensive. The Romanian Army declared a unilateral ceasefire with the Soviet Red Army on the Moldavian front, an event viewed as decisive in the Allied advances against the Axis powers in the European theatre of World War II. The coup was supported by the Romanian Communist Party, the Social Democratic Party, the National Liberal Party, and the National Peasants' Party who had coalesced into the National Democratic Bloc in June 1944. 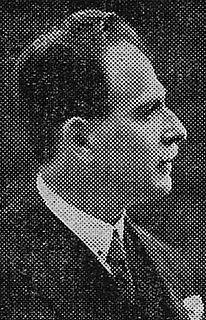 Alexandru Toma was a Romanian poet, journalist and translator, known for his communist views and his role in introducing Socialist Realism to Romanian literature. Having debuted as a Symbolist, Toma was influenced by 19th-century writer Mihai Eminescu, an admiration which came to characterize his entire work. The official poet during the early years of the Communist regime and appointed a full member of the Romanian Academy, he is considered by many commentators to have actually been a second-shelf writer, with a problematic legacy.

After World War II, socialist realism, like in the Soviet Union, was adopted by a number of new communist states in Eastern Europe, including Romania. This was accompanied by a series of organizational moves, such as the incarceration of numerous poets linked to the fascist paramilitary organization, the Iron Guard. Between 1948 and 1956, Romania's pre-existing system of values and corresponding cultural institutions were restructured in an attempt to create a "new socialist man". As in the political and economic spheres, cultural reforms were sometimes forcibly imposed, intellectuals' links with the West were severed, and the Romanian Academy and long-standing professional organizations such as the Society of Romanian Writers or the Society of Romanian Composers were dissolved and replaced with new ones, from which anti-communist members were removed. The works of antisemitic authors, such as Octavian Goga, Nichifor Crainic and Mircea Vulcănescu, were also banned.

Petre Ion Gheorghe was a Bulgarian-born Romanian communist and anti-fascist resistance member, executed by Romania for espionage and treason. Having risen through the ranks of the Union of Communist Youth, he was the leader of the strongest communist resistance group during the first part of World War II in Romania.

Veronica Porumbacu was a Romanian poet, prose writer and translator.

Ion Vitner was a Romanian literary critic and historian.

Geo Dumitrescu was a Romanian poet and translator.

Ion Caraion was a Romanian poet, essayist and translator.