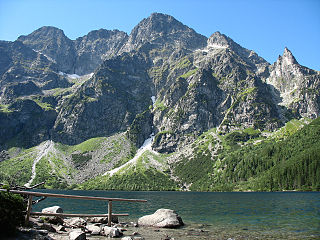 Timișoara is the capital city of Timiș County, the 3rd largest city in Romania and the main social, economic and cultural centre in western Romania. 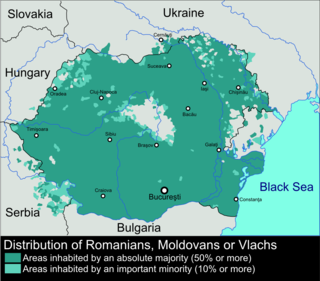 The Federația Română de Fotbal, also known by its acronym FRF, is the governing body of football in Romania. They are headquartered in the capital city of Bucharest and affiliated to FIFA and UEFA since 1923 and 1955 respectively. The Federation organizes the national team and the women's national team, as well as most of the Romanian football competitions.

The unification of Romania and Moldova is a popular concept in the two countries beginning with the late 1980s, during the collapse of communism. The Romanian Revolution in 1989 and the independence of Moldova in 1991 further contributed to the development of a movement for the unification of the two Romanian-speaking countries. The question of reunification is recurrent in the public sphere of the two countries, often as a speculation, both as a goal and a danger. The idea, while widespread in Romania, is only supported by a minority in Moldova.

Gura Văii may refer to several places in Romania:

The Liga I, also spelled Liga 1, is a Romanian professional league for men's association football clubs. It is currently sponsored by betting company Casa Pariurilor, and thus officially known as the Casa Liga 1. At the top of the Romanian football league system, it is the country's primary football competition. Contested by 14 clubs, it operates on a system of promotion and relegation with Liga II. The teams play 26 matches each in the regular season, and then enter the championship play-off or the relegation play-out according to their position in the regular season.

Deleni may refer to several places in Romania:

Dâlma may refer to several villages in Romania:

The Kingdom of Romania was a constitutional monarchy in Central-Eastern Europe, ruled by a royal family that was a branch of the Hohenzollern-Sigmaringen dynasty. The kingdom existed from 1881, when Carol I of Romania was proclaimed king, until 1947, when the last king, Michael I of Romania, abdicated and the Parliament proclaimed Romania a republic. Soon after, upon the establishment of the constitution of 13 April 1948, Romania became a socialist republic, a regime that lasted until 1989.

Elena Alexandra Apostoleanu, known professionally as Inna, is a Romanian singer and songwriter. Born in Mangalia and raised in Neptun, she studied political science at Ovidius University before meeting the Romanian trio Play & Win and pursuing a music career. She adopted the stage name "Alessandra" in 2008 and adopted a pop-rock style; later that year, she changed her stage name to "Inna" and began releasing house music. "Hot" (2008), her debut single, was a commercial success worldwide and topped the Romanian Top 100 and Billboard's Hot Dance Airplay chart, among others. Inna's debut studio album of the same name followed in August 2009 and was certified Gold and Platinum. It featured several other successful singles in Europe, including "Amazing" (2009), her second number one single in Romania.