Last updated April 28, 2021
1964 novel by Astrid Lindgren
Not to be confused with Seacrow Islet.

Seacrow Island (original title: Vi på Saltkråkan) is a children's book written by Astrid Lindgren. The story continues in the book Scrap and the Pirates .

Family Melkersson from Stockholm goes to Seacrow Island to live at Carpenter’s Cottage during their summer holidays. Melker, a widowed father of four, has rented the house, without seeing it before. When it starts raining through the roof, the family is a little disappointed but soon begins to love the house by the sea. While the 19-year-old daughter Malin, takes care of the house and goes on dates, her oldest brothers Johan and Niklas befriend with Teddy and Freddy who are living on the Island. Together the friends experience a lot of adventures, like getting lost in the ocean, during a foggy day. Teddy’s and Freddy’s sister Tjorven befriends with Pelle, Melker’s youngest son. Tjorven has a giant Bernard, that Pelle likes really much. He is a little jealous that Tjorven has such a great animal. Pelle and Tjorven are often joined by Stina, who visits her grandfather during the holidays. As Pelle loves animals so much Tjorven gets him a rabbit called Jocke that Tjorven takes care of when Pelle is in Stockholm. After several holidays on the island, the Carpenter’s Cottage should be sold, by the owner. Family Melkersson is very sad, because they do not have enough money to buy the house. So it seems to get sold to a rich man who wants to demolish their beloved house to build a holiday house on it. When Melker finally gets a lot of money, for writing a book, the house seems to be sold already by the estate agent. Pelle and Tjorven, however, manage to contact the owner of the house and can convince her to sell the house to Melker. Now the family is able to stay on Seacrow Island whenever they want.

The book is based on the TV series Vi på Saltkråkan and the film Tjorven, Båtsman och Moses. While the book has been translated into English, the TV series and film have not. Seacrow Island is the biggest novel that Astrid Lindgren wrote, containing 360 pages. [1]

The story takes place on the fictional holiday island Seacrow Island which doesn't really exist. However, some real places are mentioned in the book, including Söderöra, Furusund and Rödlöga. Thus, Seacrow Island is located on the northern Stockholm archipelago. [2] Astrid Lindgren and her family often spent their summers on the Island Furusund at the Stockholm archipelago. Many of Astrid Lindgren's books were written there. After thirty summer holidays at the Stockholm archipelago, Lindgren started to write Vi på Saltkråkan which takes place on a fictional island over there. [3]

Saltkråkan (the Swedish name for Seacrow Island) is named after a sailing boat of the Lindgren family in Furusund. Astrid Lindgren bought this boat from Hans Rabén. [1]

The author Lena Gorelik says that Seacrow Island is the most important book in her life. She says that she often reads it when she is sick, as there is no other thing that can comfort her as much as the book. While reading the book it can be laughed and cried. [4]

April Bernard from The New York Review of Books believes that the book is "an idyll about a family and a village". She has been enchanted by the beautiful book and says that it is suitable for children and for adults. [5]

The name "Tjorven" is a fictional character created by Astrid Lindgren. It comes from a popular Swedish family show on television in the early 1960s. Based on a script by the Swedish author Astrid Lindgren, the story is about a number of characters living in the archipelago outside Stockholm. A central character is a plump and sunny little girl nicknamed Tjorven. In the movies of Saltkråkan the character was portrayed by Swedish actress Maria Johansson. 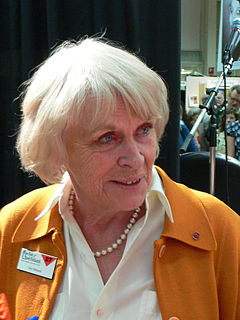 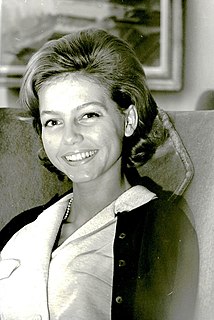 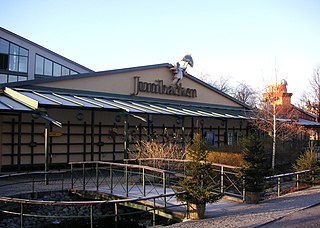 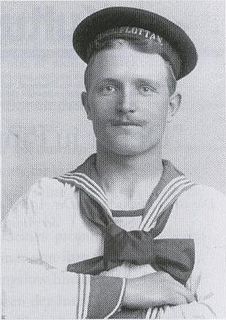 Carl Emil Pettersson was a Swedish sailor who became king of Tabar Island in Papua New Guinea after he was shipwrecked in 1904. 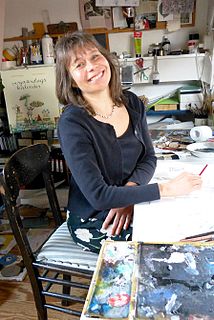 Marit Törnqvist is a Swedish-Dutch author, artist and illustrator. She was best known for her illustrations in the books of Astrid Lindgren.