Sebastian Kneißl (born 13 January 1983) is a German former professional footballer, who played as a midfielder and striker.

After beginning as a youth player in Germany with KSG Mitlechtern, FC 07 Bensheim and Eintracht Frankfurt, Kneißl signed for English side Chelsea in 2000. He stayed with Chelsea for five years, and although he did not make any league appearances, [1] he spent loan spells in Scotland with Dundee, where he played in 11 league games, scoring one goal, [2] and in Belgium with Westerlo. After leaving Chelsea in 2005 he played for German clubs SV Wacker Burghausen and Fortuna Düsseldorf, before returning to England with AFC Wimbledon in September 2007, where he made one league appearance before leaving in October 2007. [3] He signed for Wivenhoe Town in December 2007, but left after just one league appearance. He next signed for SpVgg Weiden in July 2008, before moving to 1. FC Schweinfurt 05 in January 2009 on another free transfer. [4]

After retiring in October 2013, after playing for SV Heimstetten in the Regionalliga Bayern, Kneißl decided to make a comeback in the tier seven Bezirksliga in 2015–16. [5]

Kneißl represented Germany at the 2002 UEFA European Under-19 Football Championship, in which Germany finished second, and at the 2003 FIFA World Youth Championship. [6] [7]

Shinji Ono is a Japanese professional footballer who plays as a midfielder for J1 League club Hokkaido Consadole Sapporo.

Grégory Vignal is a French former professional footballer. A former left full back or midfielder, he is now a first team coach for Olympique de Marseille joining in 2020 after leaving the post of head coach of Rangers W.F.C. in the Scottish Women's Premier League.

Craig William Burley is a Scottish television pundit and former professional footballer who played as a midfielder from 1989 until 2004. He is currently a pundit and commentator for ESPN.

Slobodan Rajković is a Serbian professional footballer who plays as a centre back for TSC Bačka Topola. 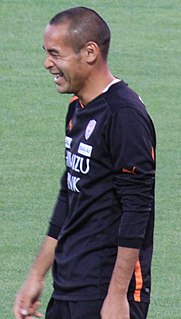 Naohiro Takahara is a Japanese football player and manager. He played for Japan national team. Currently, he plays for Okinawa SV. 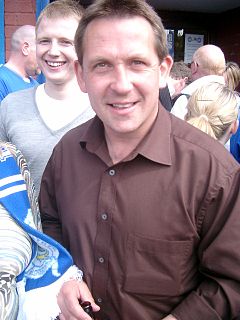 William Dodds is a Scottish professional football coach and former player who is currently the manager of Inverness Caledonian Thistle. 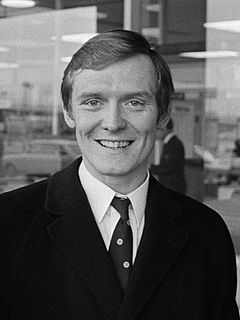 David Hay is a Scottish former football player and manager. He broke into the Celtic team in the late 1960s, as one of a generation of players who continued a highly successful era for the club. A contract dispute between Hay and Celtic led to him being transferred to Chelsea in 1974. He played in over 100 league games for Chelsea, but was forced to retire in 1979 due to a detached retina. Hay appeared in 27 international matches for Scotland, and was selected for their 1974 FIFA World Cup squad. 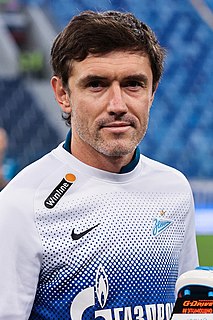 Karim El-Ahmadi Aroussi is a professional footballer who plays as a defensive midfielder for Al-Ittihad in the Saudi Professional League. El-Ahmadi was born in the Netherlands and played for FC Twente and Feyenoord before moving to the Premier League with Aston Villa in 2012 and subsequently returning to Feyenoord in September 2014. Born in Holland, he represents Morocco internationally.

Nordin Wooter is a Dutch former footballer of Surinamese descent, who played as a right-winger.

Marko Marin is a German professional footballer who currently plays for Ferencváros as an attacking midfielder and left winger. He is known for his acceleration, dribbling, agility, creativity, versatility, technical skill and playmaking ability. 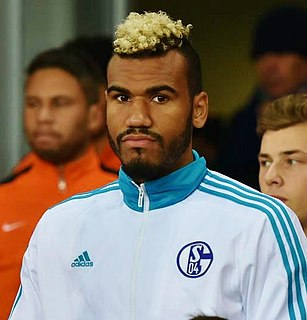 Jean-Eric Maxim Choupo-Moting is a professional footballer who plays as a forward for Bundesliga club Bayern Munich. Born in Germany, he represents the Cameroon national team.

Gōtoku Sakai is an American-born Japanese footballer of German descent who currently plays for Vissel Kobe and was a player for the Japanese national team, mainly as a right back. 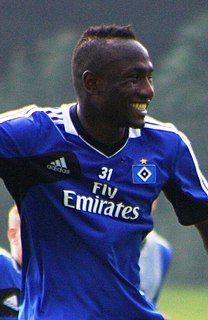 Benjamin Kevin Siegrist is a Swiss professional footballer, who plays in the Scottish Premiership for Dundee United as a goalkeeper. He was a member of the Switzerland squad at the 2012 Olympic Games in London and went on to represent the Swiss Under-21s. In 2009, Siegrist was part of his nation's FIFA U-17 World Cup winning side, during which he also received the competition's inaugural Golden Glove award for best goalkeeper. During seven years in the Aston Villa Academy Siegrist undertook a series of short-term loans to English Football League and Conference sides. After a spell in the Swiss Super League with Vaduz, Siegrist signed for Scottish club Dundee United in 2018. 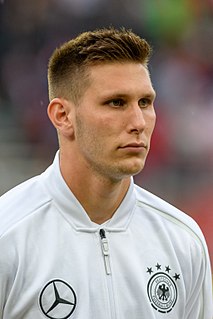 Niklas Süle is a German professional footballer who plays as a centre-back for Bundesliga club Bayern Munich and the Germany national team. 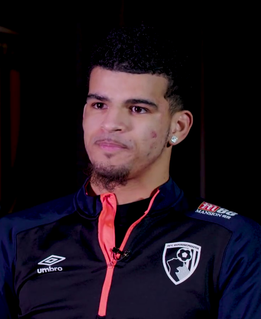 Dominic Ayodele Solanke-Mitchell, known as Dominic Solanke, is an English professional footballer who plays as a striker for EFL Championship club AFC Bournemouth.

Harry James Souttar is a professional footballer who plays as a defender for EFL Championship club Stoke City and the Australia national team.