Following the 1994 hit success of Tokimeki Memorial , NEC Interchannel initiated a cooperation between Tabeta Toshio and the main staff of the Graduation series with game production house Marcus in an attempt to produce a "Tokimeki-like" game. While the six central characters were cast by Seiji Productions, the remaining six were considered unconventional for the time in that they were selected for public appeal. At the time, many of the staff and cast were unknown by the general public, which spurred a large media sales campaign designed to widen the game's exposure and establish it as a new brand. Advertisements and articles were placed in many magazines such as Dengeki G's Magazine as well as the TBS radio show Sentimental Night which aired in 1997. A unit entitled "SG girls" was formed and numerous events and concert were held. The promotion paid off, as sales of various related goods took off, the game received a positive reaction from fans, and copies became scarce.

In the Sentimental Journey anime, each episode is presented like an epilogue to the game scenario, focusing on one of the girls and telling a short romantic story. The common thread among the stories is the presence of a nondescript boy (possibly not even the same boy) who used to be a childhood crush or best friend, or just a short acquaintance, before moving away. This boy would have an influence over the girl's present life. The stories range widely from straightforward girl-gets-boy romance to friendships of various sorts and sometimes supernatural events.

The first game focused on the relationship between a boy and the various girls he met throughout his life. The protagonist, Tanaka Ichirou, is a high school student who, prior to the spring vacation of his third year, receives a letter simply stating "I want to meet you". During middle school, his frequent transferring of schools allowed him to form unique relationships with various girls. In order to search for the sender of the letter, he travels nationwide to various places, and meets the 12 girls of his memories once again.

The second game takes place in a world in which the first protagonist died in a traffic accident during his journey. The game takes place in a college town in which the original 12 girls have gathered to attend. The protagonist, Shiina Kouhei, is a second-year college student and a member of the Photography Club. He has been tasked with the job of finding his own model for the photo exhibition at the upcoming school festival, and thus turns to one of the now emotionally scarred girls in hopes of convincing them to become his model.

Sentimental Graffiti 2 was received on a much smaller scale than the first one. By this time, the momentum of the series had already been lost since three years had passed since the release of the original and by this time the genre was flooded with similar games. In addition, the original scenario writer was not in charge of the second game, stating that even if he did wanted to, it was impossible for him to write such a continuation as to have the original protagonist die in such a way. Moreover, fans of the series were upset by the change in Taeko Adachi's voice actress, who was played by Arishima Moyu for the sequel.

Glass Mask is a Japanese shōjo manga series written and illustrated by Suzue Miuchi, serialized in Hana to Yume from January 1976, and collected in 49 tankōbon volumes as of October 2012. The story has also been adapted into anime and a live-action television series. As of 2006, the collected volumes had sold 50 million copies in Japan, making it the second best-selling shōjo manga ever. The title refers poetically to the mask of faces that actors wear - while expressing emotions that are not their own, the mask they wear is as fragile as glass. If the actors are distracted, their mask will "break" and show on stage the actors' true feelings.

Pastel is a Japanese manga written and illustrated by Toshihiko Kobayashi. It was originally serialized in Weekly Shōnen Magazine, then moved to Magazine Special in 2003. From chapter 50 and onwards, it is in monthly magazine format. It was published in the United States by Del Rey Manga. The story follows a similar plot to Kobayashi's earlier work Parallel.

Koi Koi Seven (こいこい7) is a Japanese manga series created by Morishige. The story features a fighting squad of six girls belonging to the Gokō Academy who fight daily to protect the Earth's peace and future, as well as the hopeless Tanaka Tetsuro. Koi Koi Seven was serialized in Akita Shoten’s Champion Red line of magazines from 2002 to 2007. The series was adapted into a 13-episode anime television series which was broadcast between April 4, 2005 and June 26, 2005.

Sayuri Yahagi is a Japanese voice actress affiliated with I'm Enterprise. She became the narrator of Animax in October 2007. 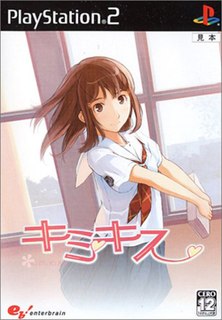 KimiKiss is a Japanese dating simulation game for the PlayStation 2. Developed by Enterbrain in 2006, KimiKiss has become a media franchise, which includes 5 manga adaptations, a light novel, and an anime television series directed by Ken'ichi Kasai.

Hitomi Harada is a Japanese voice actress and singer from Ube, Yamaguchi.

Satomi Satō is a Japanese voice actress and singer.

Waiting in the Summer is a 2012 Japanese anime television series animated by J.C.Staff, produced by Genco and Geneon, and directed by Tatsuyuki Nagai. The screenplay was written by Yōsuke Kuroda with original character design by Taraku Uon, who both contributed in the creation of the Please! franchise. The 12-episode series aired in Japan between January and March 2012 on TV Aichi and KBS. Sentai Filmworks has licensed the anime for release in North America. The staff of the anime returned to produce an original video animation episode in August 2014. A manga adaptation illustrated by Pepako Dokuta was serialized in ASCII Media Works' Dengeki Daioh magazine. 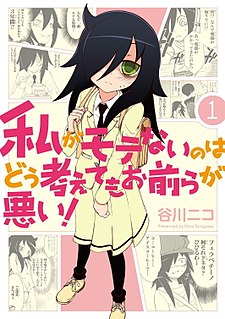 No Matter How I Look at It, It’s You Guys' Fault I’m Not Popular!, commonly referred to as WataMote (わたモテ), is a Japanese manga series written and illustrated by two people under the pseudonym Nico Tanigawa. It began serialization on Square Enix's Gangan Online service from August 4, 2011 and is published by Yen Press in North America. A 4-panel spin-off manga was serialized in Gangan Joker between January 2013 and July 2015. An anime television adaptation by Silver Link aired in Japan between July and September 2013.

Kin-iro Mosaic, also known by the abbreviation Kinmoza (きんモザ), is a Japanese 4-panel manga written and illustrated by Yui Hara. The series began serialization in Houbunsha's Manga Time Kirara Max magazine in June 2010 issue and is licensed in English by Yen Press. An anime television adaptation by Studio Gokumi aired in Japan between July and September 2013, with a second season airing between April and June 2015. An original video animation was released in November 2016, and an anime film will premiere in August 20, 2021. 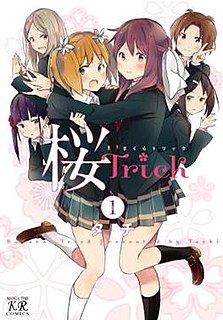 Unlimited Fafnir, originally titled Jūō Mujin no Fafnir, is a Japanese light novel series written by Tsukasa and illustrated by Riko Korie. Kodansha has published fifteen volumes from July 2013 to November 2017 under their Kodansha Ranobe Bunko imprint. A manga adaptation with art by Saburouta began serialization in Kodansha's seinen manga magazine good! Afternoon from March 2014 to December 2015 and is being published digitally by Crunchyroll in North America. An anime television series adaptation by Diomedéa aired from January 2015 to March 2015. 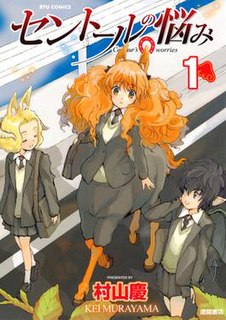 A Centaur's Life, known in Japan as Centaur's Worries, is a Japanese slice of life comedy manga series by Kei Murayama. The series began serialization in Tokuma Shoten's Monthly Comic Ryū magazine from February 2011, and is published in English by Seven Seas Entertainment. An anime television series adaptation by Haoliners Animation League aired in Japan between July and September 2017. The anime is licensed by Crunchyroll. 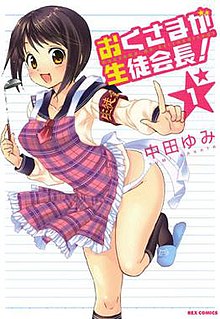 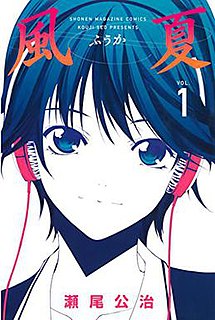