Serge Clerc (born 12 October 1957) is a French comic book artist and illustrator. Serge Clerc began his professional career in 1975 in the monthly magazine Métal Hurlant , after having created his own fanzine, Absolutely Live. Initially a science-fiction artist, his story Captain Futur appeared in book form in 1979 by Les Humanoïdes Associés.

In the early 1980s Clerc's work regularly appeared in the British music magazines NME and Melody Maker . For the magazine Rock and Folk, he created the detective Phil Perfect and his alter-ego Sam Bronx, a series that was also printed in Métal Hurlant and in books by Les Humanoïdes Associés.

His retro themed work has been used on music albums by The Fleshtones (Speed Connection), Carmel ( The Drum Is Everything ) and Joe Jackson ( Big World ), as well as on a number of other albums and singles. 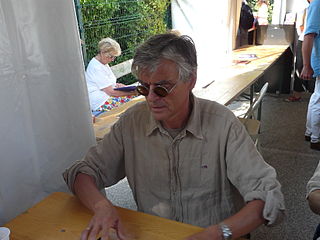 François Schuiten is a Belgian comic book artist. He is best known for drawing the series Les Cités Obscures.

This Prize for Scenario is awarded to comics authors at the Angoulême International Comics Festival.

Bernard Hislaire is a Belgian comic book creator. He is also known as Sylaire and as Yslaire, his current artist name.

Philippe Druillet is a French comics artist and creator, and an innovator in visual design.

Les Humanoïdes Associés ("Humanoïdes") is a Franco-American publishing house specializing in comics and graphic novels. Founded in December 1974 by comic artists Mœbius, Jean-Pierre Dionnet, Philippe Druillet, and financial director Bernard Farkas in order to publish Métal Hurlant, it quickly expanded to include a variety of science fiction works, featuring mature themes that were not commonplace in the Franco-Belgian comic world. Considered revolutionary in the comic book form at the time, chiefly due to its focus on the science fiction genre, the work found in Humanoïdes inspired many generations of authors and filmmakers.

Yves Chaland was a French cartoonist. 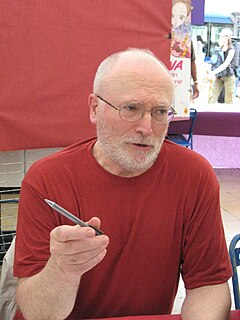 Caza, the pseudonym of Philippe Cazaumayou, is a French comics artist.

Fabrice A Giger is a literary publisher and film & TV producer. The son of Swiss painter José Giger, he is well known for publishing thousands of comic books / graphic novels from such authors as Alejandro Jodorowsky, Mœbius, Enki Bilal and John Cassaday. 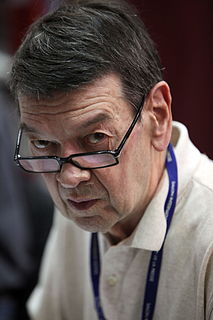 Nikita Mandryka is a French cartoonist of Ukrainian origin.

Philippe Manœuvre is a French journalist. 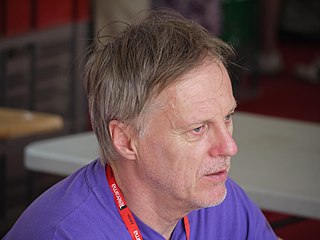 Frank Margerin is a French author and illustrator of comics.

Jean-Claude Floch, known as Floc'h, is a French illustrator, comics artist, and writer. He is known for his use of the style known as ligne claire. His older brother Jean-Louis Floch was also a cartoonist and illustrator. 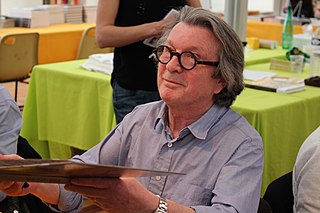 Martin Veyron is a French cartoonist, novelist, and comics artist. He is notably best known for his artwork composition with the albums and as well as Editorial cartoons. His style oscillates between the vaudeville disenchanted and the study of mores a little scathing habits slightly bitter in the manner of Gérard Lauzier. 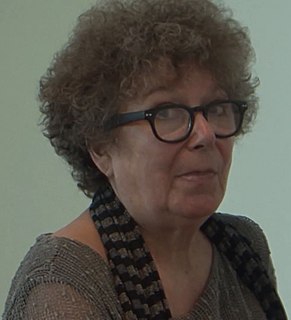 Chantal Montellier, born on August 1, 1947, in Bouthéon near Saint-Étienne in the Loire Department, is a French comics creator and artist, editorial cartoonist, novelist, and painter. As the first female editorial cartoonist in France, she is noted for pioneering women's involvement in comic books.