Last updated March 21, 2020
‹ The template Infobox scientist is being considered for merging. ›

Sergey Petrovich Kapitsa (Russian : Сергей Петрович Капица; 14 February 1928 –14 August 2012) was a Russian physicist and demographer. He was best known as host of the popular and long-running Russian scientific TV show, Evident, but Incredible. His father was the Nobel laureate Soviet-era physicist Pyotr Kapitsa, and his brother was the geographer and Antarctic explorer Andrey Kapitsa.

Kapitsa was born in Cambridge, England, [1] the son of Anna Alekseevna (Krylova) and Pyotr Kapitsa. His maternal grandfather was Aleksey Nikolaevich Krylov, naval engineer, applied mathematician and memoirist, and the developer of the insubmersibility technique. He was baptized while back in Britain, with Ivan Pavlov serving as his godparent. [2] During his late life Kapitsa described himself as a "Russian Orthodox atheist". [2]

In 1935 his family returned to the USSR. Kapitsa graduated from the Moscow Aviation Institute in 1949. He was Senior Research Fellow at the Lebedev Physical Institute, Russian Academy of Sciences and Professor at the Moscow Institute of Physics and Technology.

Kapitsa's contributions to physics were in the areas of applied electrodynamics and accelerator physics; he is known, in particular, for his work on the microtron, a device for producing electron beams. [3] In later years, his research focus was on historical demography, where he developed a number of mathematical models of the World System population hyperbolic growth and the global demographic transition.

His activities in science popularization included hosting the Russian Television program, Evident, but Incredible, starting in 1973, for which he was awarded UNESCO's Kalinga Prize for the Popularization of Science in 1979 [4] and the USSR State Prize in 1980, and editing the Russian edition of Scientific American from 1982 onwards. He was also active in issues of science and society through his participation in the Pugwash conferences and the Club of Rome. In the 1980s he, along with Carl Sagan, was outspoken about the possibility that international nuclear war would bring about a nuclear winter, making presentations in the US Senate in 1983 [5] [6] and the United Nations in 1985. [7] He was an advocate of planetary exploration and served on the advisory council of the Planetary Society. [8] In 2012, Kapitsa was awarded the first gold medal of the Russian Academy of Sciences for outstanding achievements in the dissemination of scientific knowledge. [9]

Kapitsa was a pioneer of scuba diving in the Soviet Union, he shot the first underwater film about the Sea of Japan, which was shown at international film festivals, in particular in Cannes, where it was second only to the film by Jacques Cousteau. [9]

Kapitsa was the vice president of the Russian Academy of Natural Sciences and president of the Eurasian Physical Society, and was a strong proponent of restoring support for science in Russia. [10]

In 1992 the Committee for Skeptical Inquiry (CSICOP) presented Kapitsa with the Public Education in Science Award. [11]

On 14 August 2012, Kapitsa died at the age of 84 in Moscow. He is remembered for his role in the popularisation of science and, after forty years of hosting Evident, but Incredible, holding the record for being the longest serving host of a TV programme. [9]

In 2008 Kapitsa signed an open letter in defense of Svetlana Bakhmina. [12]

During the late years Kapitsa was very critical of the state of the popular science and Russian television in general. In one of the last interviews he told about the closing of his TV program: "Channel One ordered me, first, to trash Soviet science, and, second, not to object against pseudoscience. I refused categorically. Then I was thrown out... They were cynical... The results of their political setups could be felt today: intellectual defeat of Russia, I can't find another word for their activity... TEFI would've never turned into a one-class dictatorship before. I didn't receive a single TEFI. Only in the past 2008, when Vladimir Posner had left, I was awarded one for "personal contribution to the development of Russian television"." [13] [ verification needed ]

On 5 March 2014 the President of the Russian Federation signed a decree "On memorialization of S. P. Kapitsa".

On February 12, 2015 the Publishing and Trading Centre Marka issued a commemorative postage stamp and a postmark with image of Sergei Kapitsa. [15] [16] 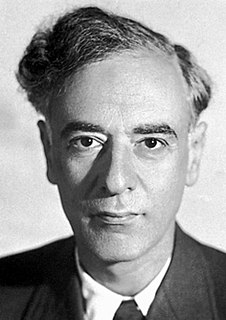 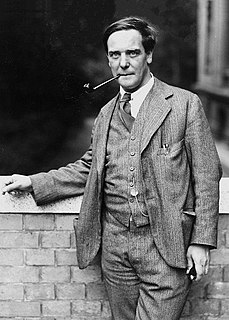 Abram Fedorovich Ioffe was a prominent Russian/Soviet physicist. He received the Stalin Prize (1942), the Lenin Prize (1960) (posthumously), and the Hero of Socialist Labor (1955). Ioffe was an expert in various areas of solid state physics and electromagnetism. He established research laboratories for radioactivity, superconductivity, and nuclear physics, many of which became independent institutes.

Moscow Institute of Physics and Technology, known informally as PhysTech (Физтех), is a Russian university, originally established in the Soviet Union. It prepares specialists in theoretical and applied physics, applied mathematics and related disciplines.

The Keldysh Institute of Applied Mathematics is a research institute specializing in computational mathematics. It was established to solve computational tasks related to government programs of nuclear and fusion energy, space research and missile technology. The Institute is a part of the Department of Mathematical Sciences of the Russian Academy of Sciences. The main direction of activity of the institute is the use of computer technology to solve complex scientific and technical issues of practical importance. Since 2016, development of mathematical and computational methods for biological research, as well as a direct solution to the problems of computational biology with the use of such methods, has also been included in the circle of scientific activities of the institute.

Abram Isaakovich Alikhanov was a Soviet Armenian experimental physicist who specialized in particle and nuclear physics. He was one of the Soviet Union's leading physicists.

Andrey Petrovich Kapitsa was a Russian geographer and Antarctic explorer, discoverer of Lake Vostok, the largest subglacial lake in Antarctica. He was a member of the Kapitsa family, a scientific dynasty in Russia.

The Kapitza number (Ka) is a dimensionless number named after the prominent Russian physicist Pyotr Kapitsa. He provided the first extensive study of the ways in which a thin film of liquid flows down inclined surfaces. Expressed as the ratio of surface tension forces to inertial forces, the Kapitza number acts as an indicator of the hydrodynamic wave regime in falling liquid films. Liquid film behavior represents a subset of the more general class of free boundary problems. and is important in a wide range of engineering and technological applications such as evaporators, heat exchangers, absorbers, microreactors, small-scale electronics/microprocessor cooling schemes, air conditioning and gas turbine blade cooling.