Sergey Victorovich Zhigunov (Russian : Серге́й Викторович Жигунов; born 2 January 1963) is a Soviet and Russian actor and producer. [1] [2] Commander of the Order of Honour [3] and of the Order of Friendship. [4] Honored Artist of Russia (1995). [5]

Sergey Zhigunov was born on 2 January 1963 in Rostov-on-Don, Russian SFSR, Soviet Union. Sergey's father, Viktor Pavlovich Zhigunov, was the leading actor of the Rostov drama theater of the Palace of Culture of the Rostselmash plant. Mother Galina Ivanovna Zhigunova was also an actress, since 2005 she has been the main director of the Young Spectator Theater in Sergiev Posad. [2] [6]

He graduated from the Shchukin Theater School in Moscow in 1986. [1]

In 1983, he made his debut in the cinema, played small roles in the films The Oath Record and Recognize the Guilty. [1]

In 1987, the actor became famous for the role of Alexander Belov in the adventure film of Svetlana Druzhinina Viva gardemarines! . In 1991, he also appeared in the film's sequel, Viva Gardes-Marines! . [1]

In 1990, starred in the melodrama of Yuri Morozov's The Witches Cave . In the same year Zhigunov performed one of the main roles in the popular adventure film Hearts of Three based on the novel of the same name by Jack London. In 1993, the sequel Hearts of Three-2 was released. [1]

In 1990, the actor became the general director of the "Chance" film studio (part of Mosfilm. The first experience of his studio was the political detective Black Square, based on the novel by Friedrich Neznansky Fair in Sokolnik. Then came the pictures Queen Margot (1996, Zhigunov played the role of Count de Coconnas in this film), Countess de Monsoro (1997), The Garden Was Full of Moon , What the Deceased Said (both - 2000). [1]

In 2000, he became the President of the Russian Film Actors Guild. [1]

In August 2012, he began to direct his debut film The Three Musketeers . It was released as a theatrical feature film in 2013 and as an extended television version in 2014. [1]

Alexander Alexandrovich Zhilkin is a Russian politician who served as the Governor of Astrakhan Oblast between 2004 and 2018. He became acting governor in August 2004, when governor Anatoly Guzhvin, who had been the leader of the oblast for over a decade, died. Zhilkin was elected governor as a candidate of the United Russia party in 2004, receiving 65% of the vote; an overall majority. He was the first deputy before he became the governor. On 26 October 2018, he resigned and was replaced by Sergey Morozov 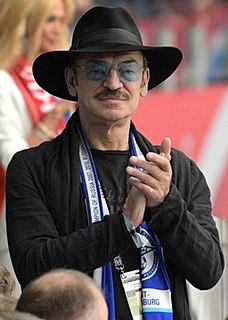 Mikhail Sergeevich Boyarsky is a Soviet and Russian actor and singer. He is best known for playing swashbucklers in historical adventure films; the role of d'Artagnan in the 1978 Soviet adaptation of Alexander Dumas' Three Musketeers elevated Boyarsky to the nationwide fame. In the 1980s, he was also popular as a singer. Boyarsky is an Honored Artist of the RSFSR (1984) and a People’s Artist of the RSFSR (1990). 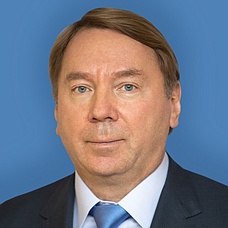 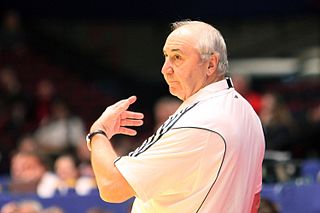 Vladimir Salmanovich Maksimov is a Soviet/Russian handball player. After his retirement as an active field player, he was chosen as a coach for the Russian national team, with which he won all three major titles in handball. He is, with Claude Onesta for France, the only coach for a national handball team to have obtained these three titles. 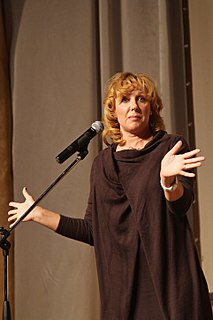 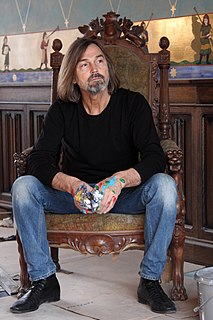 Nikas Stepanovich Safronov is a Soviet and Russian artist. He has been given the title of Honored Artist of the Russian Federation. 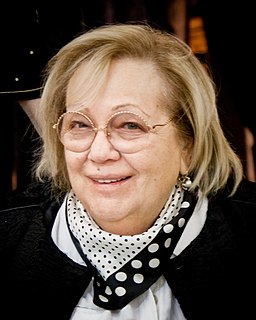 Boris Vladimirovich Klyuyev is a Soviet and Russian film and theater actor, teacher, professor. The actor of the Maly Theatre since 1969. People's Artist of Russia (2002). 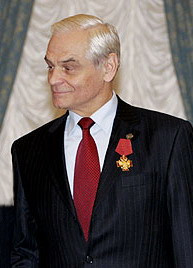 Viktor Viktorovich Rakov is a Soviet and Russian film and theater actor. People's Artist of Russia (2003). 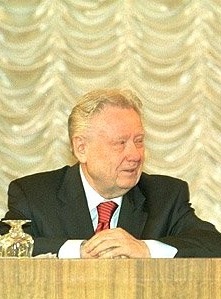 Marat Viktorovich Baglai is the Soviet and Russian lawyer who served as 3rd Chairman of the Constitutional Court of Russia from 1997 to 2003. He is corresponding member of Russian Academy of Sciences.

Valery Borisovich Garkalin is a Soviet and Russian theater and film actor, People's Artist of the Russian Federation (2008), Professor of GITIS.