Serjio Roberto Livingstone Pohlhammer (26 March 1920 – 11 September 2012), later simply known as Sergio Livingstone, was a Chilean goalkeeper, who later became a well regarded journalist. He was nicknamed "El Sapo" for his typical posture in the goal mouth. From 1938–59 he played primarily for CD Universidad Católica in Santiago. With Chile he took part in seven Copa América and one FIFA World Cup.

Serjio (later Sergio) Livingstone's family hailed from Scotland. His father John, who played for Santiago National FC, was a pioneer of the game in Chile. Livingstone originally joined Unión Española. He abandoned football to study law at the Pontificia Universidad Católica de Chile. Soon he acquainted himself with the university's football team, and from 1938 he began to establish himself as the goalkeeper of CD Universidad Católica.

He debuted in the national team at the 1941 South American Championship which took place in Chile, winning 5–0 against Ecuador. By the end of the tournament Chile ended third, and Livingstone was considered the best player of the tournament. Altogether, Livingstone played between 1941 and 1954 in 52 matches for Chile, [4] which made him the country's record international until 1962, participating in five more South American Championships, totaling 34 matches in this competition, which remains record. He also took part in the FIFA World Cup 1950 in Brazil, where Chile exited after the first group phase. [ citation needed ]

At club level he spent 1943 in Argentina playing 30 matches for Racing Club. He cut short his time in Argentina for sentimental reasons and rejoined Católica in 1944, winning the national championships of 1949 and 1954. After the second title the club had the misfortune to be relegated in the season immediately thereafter, but managed to return to the first division as quickly. After a brief spell on loan in 1957 with Colo-Colo he once more returned to Universidad Católica where he finished his career in 1959. Following his football career, he became a well-known sports journalist and television personality with Televisión Nacional de Chile, where he remained until his death (more than 60 years). [5]

In 2009, a street in the district of Independencia in Santiago was named for Livingstone.

Jaime Andrés Valdés Zapata is a Chilean footballer that currently plays for Primera División club Deportes La Serena. He usually plays as midfielder. Valdés was member of his national under-20 national team in the 2001 FIFA World Youth Championship and has represented three times the senior team between 2001 and 2010. 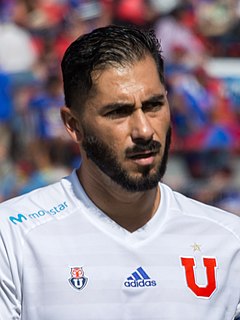 Rainer Klaus Wirth Castro is a Chilean footballer who last played for Magallanes.

The Chile–Peru football rivalry is a long-standing sports rivalry between the national football teams of both countries and their respective fans. Matches between the two nations are keenly contested and their games have a reputation for competitiveness. The football rivalry between Peru and Chile, partly a reflection of the geopolitical conflict between both neighboring states, is primarily a result of both football squads vying for recognition as the better team in South America's Pacific coast—as their football confederation is historically dominated by countries in South America's Atlantic coast.

The 2009 season is Club Social y Deportivo Colo-Colo's 78th season at Chilean Primera División. This article shows player statistics and all matches that the club have played during the 2009 season.

The 2011 season is Club Social y Deportivo Colo-Colo's 80th season in Primera División Chilena. This article shows player statistics and all official matches that the club have and will play during the 2011 season, from July to December.

Carlos Roberto Aldabe was an Argentine Association Football player and coach. He is mostly known for leading the then prominently staffed Colombian club CD Los Millonarios as player-manager to their first championship. 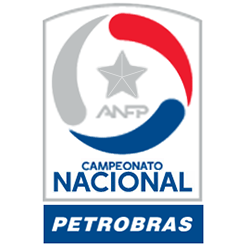