A service star is a miniature bronze or silver five-pointed star 3⁄16 inch (4.8 mm) in diameter that is authorized to be worn by members of the eight uniformed services of the United States on medals and ribbons to denote an additional award or service period. [1] The service star may also be referred to as a campaign star or battle star depending on which award the star is authorized for and the manner in which the device is used for the award. [2]

Service stars, campaign stars, and battle stars are worn with one point of the star pointing up on the suspension ribbon of a medal or service ribbon. A silver star is worn instead of five bronze stars. [1] A service star is sometimes mistaken for a Bronze Star (Bronze Star Medal) or Silver Star (Silver Star Medal). The service star is also similar to the gold and silver 5⁄16 -inch stars that may be authorized to be worn on specific individual decorations of certain services to denote additional decorations.

Service stars are authorized for these United States expeditionary medals:

For the National Defense Service Medal, the addition of bronze service stars to denote participation in four of the designated wartime conflicts would be shown as (the time span from the end of the Korean War era in 1954 to the beginning of the Global War on Terrorism era in 2001 is 47 years, so it is highly improbable that any individual qualified for all four National Defense Service Medals in each of four eras): [4]

Service stars are authorized for certain unit awards (The service ribbon itself indicates the first award, with a bronze service star being added to indicate the second and subsequent awards. If ever applicable, a silver service star is worn instead of five bronze stars.) such as the:

For each designated campaign participated in, one star is worn on the ribbon. For example, when a member is authorized to wear the Iraq Campaign Medal, the potential addition of bronze and silver service stars for the seven designated Iraq Campaign phases would be: [5] [6] [7]

For many of these awards, service stars are earned by participation in campaign phases and all eligible periods for the award fall within those defined phases. In these cases, the campaign medal cannot be earned alone, and is always to be worn with at least one campaign star.

Since February 26, 2004, the Global War on Terrorism Expeditionary Medal and the Global War on Terrorism Service Medal (GWOT-SM) are authorized to be awarded with bronze and silver battle stars for personnel who were engaged in specific battles in combat under circumstances involving grave danger of death or serious bodily injury from enemy action. [8] [9] However, though authorized for wear, no battle stars have been approved for wear. Only a combatant commander can initiate a request for a battle star, and the Chairman of the Joint Chiefs of Staff is the approving authority, [9] which since January 2016 has been eliminated by the Department of Defense for the GWOT-SM. [10]

Service stars (were sometimes referred to as campaign stars or battle stars) were also authorized for the World War I Victory Medal, American Defense Service Medal, American Campaign Medal, European–African–Middle Eastern Campaign Medal, and Asiatic–Pacific Campaign Medal. The specific manner of wear and symbolism of the stars varied from medal to medal. For example, an American Campaign Medal with a bronze service star indicated the service member had participated in an antisubmarine campaign. On other medals, bronze service stars were used on the medal's service ribbon for those recipients of medals in possession of authorized campaign clasps for those medals.

Historically, during World War II and the Korean War, commendations called "battle stars" were issued to United States Navy warships for meritorious participation in battle, or for having suffered damage during battle conditions. As an example, the USS Enterprise (CV-6) received 20 battle stars for her combat service in World War II, more than any other U.S. vessel during World War II. Similarly, during the Vietnam War and afterwards, the Battle Effectiveness Award ("Battle E") took the place of receiving "battle stars" for superior battle efficiency in place of combat operations.[ citation needed ] 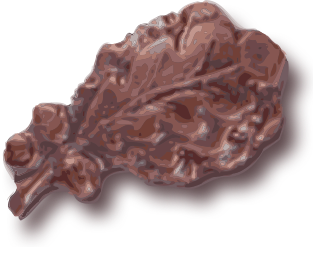 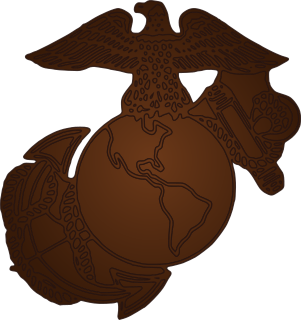 The World War I Victory Medal was a United States service medal designed by Mr. J. E. Fraser of New York City under the direction of the Commission of Fine Arts.

The Citation Star was a Department of War personal valor decoration issued as a ribbon device which was first established by the United States Congress on July 9, 1918. When awarded, a 3⁄16-inch (4.8 mm) silver star was placed on the suspension ribbon and service ribbon of the World War I Victory Medal to denote a Citation (certificate) for "Gallantry In Action" was awarded to a soldier, or to a marine or attached to the Army's Second Division, American Expeditionary Forces. The Citation Star was replaced in 1932 with the introduction of the Silver Star Medal. 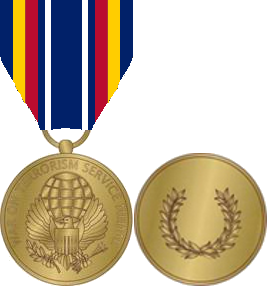 The Air Force Combat Action Medal (AFCAM) is a decoration of the United States Air Force and United States Space Force to recognize airmen and guardians for active participation in ground or air combat. 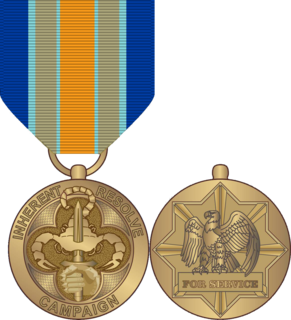