Shape theory was reinvented, further developed and promoted by the Polish mathematician Karol Borsuk in 1968. Actually, the name shape theory was coined by Borsuk.

Borsuk's shape theory was generalized onto arbitrary (non-metric) compact spaces, and even onto general categories, by Włodzimierz Holsztyński in year 1968/1969, and published in Fund. Math. 70 , 157–168, y.1971 (see Jean-Marc Cordier, Tim Porter, (1989) below). This was done in a continuous style, characteristic for the Čech homology rendered by Samuel Eilenberg and Norman Steenrod in their monograph Foundations of Algebraic Topology. Due to the circumstance[ clarification needed ], Holsztyński's paper was hardly noticed, and instead a great popularity in the field was gained by a later paper by Sibe Mardešić and Jack Segal, Fund. Math. 72, 61–68, y.1971. Further developments are reflected by the references below, and by their contents.

For some purposes, like dynamical systems, more sophisticated invariants were developed under the name strong shape. Generalizations to noncommutative geometry, e.g. the shape theory for operator algebras have been found.

In mathematics, topology is concerned with the properties of a geometric object that are preserved under continuous deformations, such as stretching, twisting, crumpling and bending. 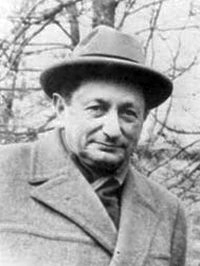 Karol Borsuk was a Polish mathematician. His main interest was topology.

Samuel Eilenberg was a Polish-American mathematician who co-founded category theory and Homological Algebra.

Eduard Čech was a Czech mathematician born in Stračov. His research interests included projective differential geometry and topology. He is especially known for the technique known as Stone–Čech compactification and the notion of Čech cohomology. He was the first to publish a proof of Tychonoff's theorem in 1937. 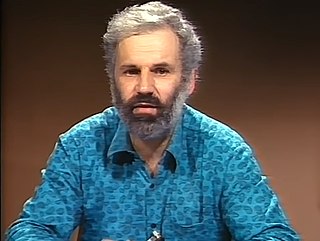 James Dugundji was an American mathematician, a professor of mathematics at the University of Southern California.

Goro Nishida was a Japanese mathematician. He was a leading member of the Japanese school of homotopy theory, following in the tradition of Hiroshi Toda.

Sibe Mardešić was a Croatian mathematician.