Joseph Gustaf "Sharkey" Bonano (April 9, 1904 – March 27, 1972), [1] also known as Sharkey Banana or Sharkey Bananas, was an American jazz trumpeter, band leader, and vocalist. His musical abilities were sometimes overlooked because of his love of being an entertainer; he would often sing silly lyrics in a high raspy voice and break into dance on stage.

Bonano was born in the Milneburg neighborhood of New Orleans near Lake Pontchartrain. In the 1920s he was in the New Orleans bands of Freddie Newman and Chink Martin. After moving to New York City, he found work as a member of the Wolverines and with Jimmy Durante. [1] He worked next to Frankie Trumbauer and Bix Beiderbecke as a member the Jean Goldkette orchestra. [1] At the end of the 1920s, he led a band which included Louis Prima. During the 1930s he formed the Sharks of Rhythm and played in the Original Dixieland Jass Band. [2] His sidemen during this period included Santo Pecora and Thurman Teague.

After World War II he toured Europe, Asia, and South America, played residencies in Chicago and New York, and then was a regular on Bourbon Street in the New Orleans French Quarter. In 1949, he appeared at the Roosevelt Hotel's Blue Room and the Famous Door Bar. 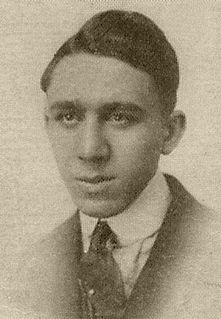 The New Orleans Rhythm Kings (NORK) were one of the most influential jazz bands of the early to mid-1920s. The band included New Orleans and Chicago musicians who helped shape Chicago jazz and influenced many younger jazz musicians.

Paul Mares, was an American early dixieland jazz cornet and trumpet player, and leader of the New Orleans Rhythm Kings.

Emmett Louis Hardy was a jazz cornet player during the early 1900s.

"Tiger Rag" is a jazz standard that was recorded and copyrighted by the Original Dixieland Jass Band in 1917. It is one of the most recorded jazz compositions. In 2003, the 1918 recording of "Tiger Rag" was entered into the U.S. Library of Congress National Recording Registry.

Melvin Edward Alton "Turk" Murphy was a trombonist and bandleader who played traditional and Dixieland jazz. 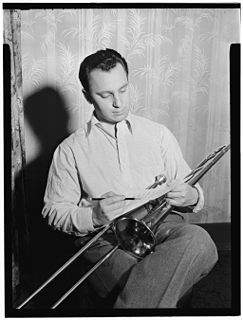 Buddy Morrow was an American trombonist and bandleader.

Sidney Arnandan or Arnondrin or Arnondin, better known as Sidney Arodin was an American jazz clarinetist and songwriter, best known for co-writing the pop standard "Lazy River" with Hoagy Carmichael.

Santo Pecora was an American jazz trombonist known for his longtime association with the New Orleans jazz scene. His nickname was "Mr. Tailgate". 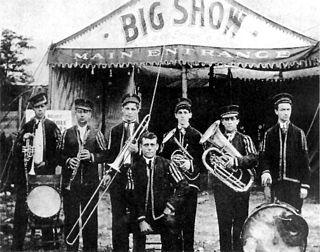 Al Belletto was an American jazz saxophonist and clarinetist.