The academy is part of United Learning, a national group of schools whose motto is 'the best in everyone'. [2] It opened in September 2006 on the site of the predecessor school, moving into a £30 million, purpose built facility in 2008.

Over the past three years, the academy has emerged from an Ofsted category[ ambiguous ]. The most recent Ofsted inspection judged the school as a good provider and agreed that the school has benefited directly from a secure, highly experienced senior leadership team alongside the support of United Learning. [3] As part of this, the school has innovated its curriculum offer, as well as improving areas such as pupils' transition from primary to secondary. For instance, its 'Early Risers' initiative, run in conjunction with Sheffield Park Academy, has set a trail for other schools to follow. [4]

In 2017, Sheffield Springs Academy achieved its best ever GCSE results, with a number of pupils scoring the top grade '9' in English and mathematics. [5] The academy's Progress 8 score was +0.68, placing it in the top 10% nationally. [6] This year was the first that English and maths grades were awarded a numeric value, with 9 being the new top grade, representing the best performance.

Following a visit from Ofsted in October 2016, inspectors noted how "the principal's appointment in January 2016 and the executive headteacher's arrival in April have strengthened leadership. Leaders and governors have left no stone unturned in identifying and then tackling weaknesses. Pupils and most staff welcome the changes and tangible improvements." [3]

Key findings of the inspection report were as follows:

St Anne's Catholic School is an 11-18 secondary school in Southampton, England, for girls. The school's sixth form is coeducational. The school is situated close to the city centre, and attracts pupils from all round the city and beyond. The school converted to academy status in August 2012. In January 2016, there were 1080 students enrolled, with 48 students at the end of Year 13. Until 2006, it was known as St Anne's Convent School.

Kingsdale Foundation School (KFS) is a British mixed secondary school with academy status in West Dulwich, London, with an age range of 11–19. Admissions to the school are coordinated by the Southwark London Borough Council as part of the Pan London Admissions Arrangements. However, many students live in surrounding boroughs, such as Lambeth, Lewisham and Croydon.

The Vale Academy is a co-educational secondary school with academy status on Atherton Way in the market town of Brigg, North Lincolnshire, England. 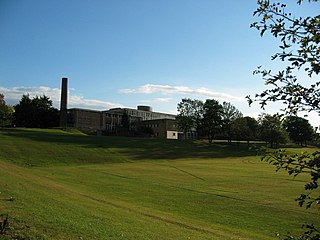 Excel Academy is a mixed secondary school located in Sneyd Green, Stoke on Trent, England. It was established in 1963 and educates pupils of ages 11–16.

Paddington Academy is a non-selective co-educational secondary school and academy located in Maida Vale in the borough of Westminster and the ceremonial county of London, England. Established in September 2006, it is run by United Learning, formerly known as United Church Schools Trust. It was officially opened by The Princess Royal on 19 March 2009 at 9am.

Castle View Academy is a co-educational secondary school located in the Paulsgrove area of Portsmouth in the English county of Hampshire.