Sherman Day (1806–1884) was born in New Haven, Connecticut and died in Berkeley, California. He attended Phillips Academy, Andover and graduated from Yale College, A.B., 1826, receiving the degree from his father, Jeremiah Day (1773–1867), who was president of Yale from 1817–1846. He was also the grandson of the American founding father Roger Sherman.

After his graduation he lived in New York and Philadelphia for a time, as a merchant. For several years he was in Ohio and Indiana as an engineer. In 1843, he published Historical Collections of the State of Pennsylvania. He came to California in 1849, and engaged in civil and mining engineering at San Jose, New Almaden, Folsom and Oakland.

In 1855 he made for the state a survey of wagon-road routes across the Sierra Nevada; California State Senate, 1855–56; United States Surveyor General, California, 1868–71; original trustees, University of California, Professor, Mine Construction and Surveying.

"We are more familiar with the history of England, Rome or Greece' and with the career of Alexander, Caesar and Napoleon than with the events that have occurred in our own vicinity. Yes, even in the very fields that we ourselves are tilling."

Frederick Haynes Newell, served as the first Director of the United States Reclamation Service, was born in Bradford, Pennsylvania. He graduated in 1885 from the Massachusetts Institute of Technology and after field experience in Colorado and other states was appointed on October 2, 1888, as Assistant Hydraulic Engineer of the United States Geological Survey, being the first aide designated under Major John Wesley Powell to investigate the extent to which the arid regions of the United States might be reclaimed by irrigation. He was subsequently appointed Chief of the Hydrographic Branch.

Adolph Heinrich Joseph Sutro was a German-American engineer, politician and philanthropist who served as the 24th mayor of San Francisco from 1895 until 1897. Born a German Jew, he moved to Virginia City, Nevada and made a fortune at the Comstock Lode. Several places in San Francisco bear his name in remembrance of his life and contributions to the city.

New Almaden, known in Spanish as Nueva Almadén, is a historic community and former mercury mine in the Capitancillos Hills of San Jose, California, located at the southernmost point of Almaden Valley in South San Jose. New Almaden is divided into two parts: the mines and much of their immediate surroundings, including historic ghost town settlements in the Capintancillas, which together form the Almaden Quicksilver County Park, and the largely residential historic district surrounding the Casa Grande.

Benjamin Henry Latrobe II was an American civil engineer, best known for his railway bridges, and a railway executive.

William Phipps Blake was an American geologist, mining consultant, and educator. Among his best known contributions include being the first college trained chemist to work full-time for a United States chemical manufacturer (1850), and serving as a geologist with the Pacific Railroad Survey of the Far West (1853–1856), where he observed and detailed a theory on erosion by wind-blown sand on the geologic formations of southern California, one of his many scientific contributions. He started several western mining enterprises that were premature, including a mining magazine in the 1850s and the first school of mines in the Far West in 1864. 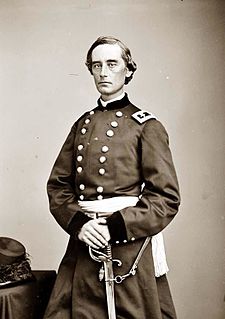 Schuyler Hamilton was an American soldier, farmer, engineer, and a grandson of Alexander Hamilton.

The U.S. Army Corps of Topographical Engineers was a branch of the United States Army authorized on 4 July 1838. It consisted only of officers who were handpicked from West Point and was used for mapping and the design and construction of federal civil works such as lighthouses and other coastal fortifications and navigational routes. Members included such officers as George Meade, John C. Frémont, Thomas J. Cram and Stephen Long. It was merged with the United States Army Corps of Engineers on 31 March 1863, at which point the Corps of Engineers also assumed the Lakes Survey for the Great Lakes. In the mid-19th century, Corps of Engineers' officers ran Lighthouse Districts in tandem with U.S. Naval officers. 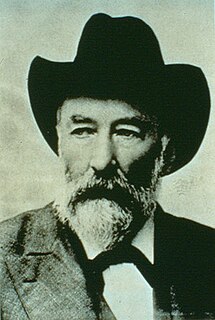 Isaac W. Smith was an American surveyor and civil engineer. He also served as an engineer officer in the Confederate States Army during the American Civil War.

Elnathan Sweet was an American civil engineer and politician from New York. He was New York State Engineer and Surveyor from 1884 to 1887. He is credited with constructing the first cantilever arch bridge.

William Rich Hutton was a surveyor and artist who became an architect and civil engineer in Maryland and New York in the latter half of the 19th century. His sketches of the pueblo of Los Angeles and diary of his life as a surveyor in California were published by the Huntington Library.

William DeWitt Alexander was an educator, author and linguist in the Kingdom of Hawaii and Republic of Hawaii. He then constructed maps for the Territory of Hawaii.

William Thomas Mulvany was an Irish entrepreneur in Germany.

Samuel Honeyman Kneass (1806–1858) was an American civil engineer and architect.

Clinton Day was a noted architect active on the west coast of the United States.