Shigeru Nakahara (中原 茂, Nakahara Shigeru, born January 22, 1961 in Kamakura) is a Japanese voice actor. He is attached to Local Dream and was formerly attached to Arts Vision, Sigma Seven and Vi-Vo. 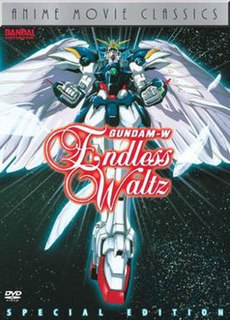 Gundam Wing: Endless Waltz, known in Japan as New Mobile Report Gundam Wing: Endless Waltz, is the sequel to Mobile Suit Gundam Wing, both of which are set in the "After Colony" timeline, an alternate universe to that of the original Mobile Suit Gundam series. Aside from being a continuation to the Gundam Wing TV series, it also reveals details regarding the pasts of the five Gundam pilots and the true objective behind "Operation Meteor." 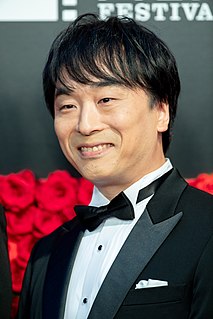 Tomokazu Seki is a Japanese actor, voice actor. He has previously worked with Haikyō. He is honorary president of and affiliated with Atomic Monkey and the chairman of theater company HeroHero Q. He is a special lecturer at Japan Newart College.

Ryō Horikawa is a Japanese actor and voice actor from Osaka. He is married to fellow Japanese voice actress Hitomi Oikawa since 1988, whose birth name is also Horikawa (堀川). His former stage name is also Ryō Horikawa, which uses the kanji of his given name, though pronounced "Ryō". He is best known for his role as Vegeta from the Dragon Ball series, Reinhard von Lohengramm from Legend of the Galactic Heroes, Andromeda Shun from Saint Seiya, Heiji Hattori from Detective Conan, and Captain Falcon in the Super Smash Bros. series. 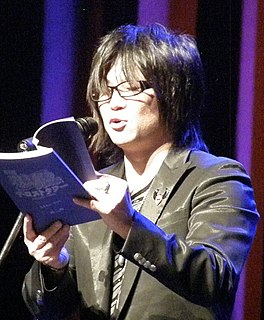 Toshiyuki Morikawa is a Japanese voice actor, narrator and singer who is the head of Axlone, a voice acting company he founded in April 2011. His name is also sometimes mistranslated as Tomoyuki Morikawa. In 2003, he and Fumihiko Tachiki formed the band "2Hearts", one of their works being the ending theme of the video game Dynasty Warriors 4: Empires. He has voiced many characters in anime and video games, including Yoshikage Kira in JoJo's Bizarre Adventure: Diamond Is Unbreakable, Kengo Akechi in Kindaichi Case Files, Sephiroth in the Final Fantasy series and Kingdom Hearts series, Dante in Devil May Cry,Kagaya Ubuyashiki in Demon Slayer: Kimetsu no Yaiba Isshin Kurosaki in Bleach, Minato Namikaze in Naruto: Shippuden, Julius Novachrono in Black Clover, Mard Geer Tartaros in Fairy Tail, Boros in One Punch Man, both Eneru and Hatchan in One Piece, Tyki Mikk in D.Gray-man, Naraku in InuYasha, Griffith in the 1997 series of Berserk, Isaburo Sasaki in Gin Tama and the main and titular character of Tekkaman Blade. He attended Katsuta Voice Actor's Academy with Kotono Mitsuishi, Chisa Yokoyama, Wataru Takagi, Sachiko Sugawara and Michiko Neya. Because of his deep voice, he is often cast as imposing characters. He has dubbed-over many actors in Japanese such as: Tom Cruise, Ewan McGregor, Adam Sandler, Chris O'Donnell, Owen Wilson, Keanu Reeves and Martin Freeman's roles.

Takeshi Kusao is a Japanese actor, voice actor and singer who works for Aoni Production. Among his many roles, he is best known as the voices of Trunks, Hanamichi Sakuragi, Ryo Sanada, Parn, Coco/Kōji Kokoda, Ky Kiske, Yukimura Sanada, Dororo and Mao.

Mitsuaki Madono is a Japanese voice actor who was born in Osaka, Japan. He's known for voicing characters who are jokers, but sometimes hide a more insidious nature such as Emishi Haruki in GetBackers, Loki in Valkyrie Profile, Joker in Flame of Recca, Kaname Ohgi in Code Geass, Kon in Bleach and Kōtarō Yanagisawa in Assassination Classroom.

Tomoharu Takeo, known by his stage name Ryūsei Nakao, is a Japanese actor, voice actor and singer from Tokyo. He is attached to 81 Produce and worked under the name of Tomoharu Minamiya. He is married and has a son and a daughter.

Masako Nozawa is a Japanese actress and narrator. Throughout her life, she has been affiliated with Production Baobab, 81 Produce and self-owned Office Nozawa; she is also affiliated with Aoni Production. Her late husband, Masaaki Tsukada, was also an actor.

Hidemitsu Hori, better known by his stage name Hideyuki Hori, is a Japanese actor, voice actor and younger brother of fellow voice actor Yukitoshi Hori and works at Aoni Production. He is most known for his roles in Saint Seiya, Sakigake!! Otokojuku, Kinnikuman, Dragon Ball Z, Mobile Fighter G Gundam, the Dead or Alive series and Ninja Gaiden, and One Piece. 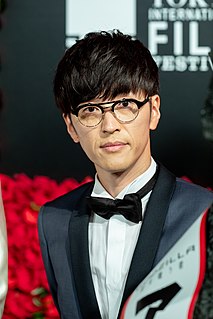 Takahiro Sakurai is a Japanese voice actor, narrator and radio personality from Aichi Prefecture, Japan. He is currently affiliated with INTENTION.

Katsuyuki Konishi is a Japanese voice actor from Wakayama, Wakayama. He is affiliated with Ken Production. His debut role was Volfogg/Big Volfogg in GaoGaiGar. He's mostly known for giving his voice to two tall blonde and strong heroes, Laxus Dreyar from Fairy Tail and Tanktop Master from One Punch Man. He's also known for voicing the two characters from the same anime, Keigo Asano and Shuhei Hisagi, both from Bleach. Recently, he's been gaining recognition as Diavolo from JoJo's Bizarre Adventure: Golden Wind, Jonathan Joestar from the Phantom Blood film, and Tengen Uzui from Demon Slayer: Kimetsu no Yaiba.

Miyu Irino is a Japanese actor and voice actor. He voiced Haku in Spirited Away, Shoya Ishida in A Silent Voice, Yuichiro Hyakuya in Seraph of the End, Jinta "Jintan" Yadomi in Anohana: The Flower We Saw That Day, Nuts in Yes! PreCure 5 and its sequel GoGo!, Apollon Agana Belea in Kamigami no Asobi, a male Saiyan hero-type avatar in the Dragon Ball Heroes video game series, and Sora in the Kingdom Hearts video game series. He released his debut mini-album Soleil on June 26, 2009 and his first single album, Faith, on November 25, 2009. On December 2016, he announced that he was gone hiatus to study abroad, which he had been considering on that time.

Masakazu Morita is a Japanese actor and singer. He previously worked for Aoni Production. He is also the host of the radio show, Bleach B-Station. He played Ichigo Kurosaki in Bleach, Maeda Keiji in Sengoku Basara, Marco the Phoenix in One Piece series, Tidus in Final Fantasy X, Whis in Dragon Ball Super, Auel Neider in Mobile Suit Gundam Seed Destiny, Pegasus Seiya in Saint Seiya – Hades Chapter, Pod in Pokémon and Tenjuro Banno in Kamen Rider Drive. He won the "Best Rookie Actor" at the first Seiyu Awards. He is also the official Japanese dubbing voice of Zac Efron.

Kōki Miyata is a Japanese voice actor who works for 81 Produce. He was formerly credited as Harunori Miyata. He made his radio CM narration debut on 2 March 1993. 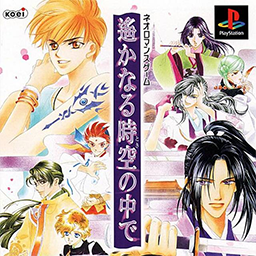 Harukanaru Toki no Naka de is an otome adventure game developed by Ruby Party and published by Koei. It is a part of Ruby Party's Neoromance label.

Yukitoshi Hori is a Japanese actor, voice actor and narrator from Setagaya, Tokyo. He is the elder brother of fellow voice actor Hideyuki Hori and is currently represented by Aoni Production.