Shimizu Corporation (清水建設株式会社, Shimizu Kensetsu kabushiki gaisha) is an architectural, civil engineering and general contracting firm. It has annual sales of approximately US$15 billion and has been widely recognized as one of the top 5 contractors in Japan and among the top 20 in the world.[ citation needed ]

It is a family business listed in the Tokyo and Osaka stock exchanges and a constituent of the Nikkei 225 index.

The company is named after its founder Kisuke Shimizu, who was born in Koba Village, Etchu (now part of Toyama), and has nothing to do with the former city Shimizu in Shizuoka Prefecture. Kisuke Shimizu formed the company in Edo (now Tokyo) in 1804, [4] the company has been headquartered there ever since.

Shimizu Corporation is an international general contractor, publicly listed on the Tokyo, Nagoya Stock Exchange and the Osaka Securities Exchange and is a constituent of the Nikkei 225 stock index. [5] It has a network spanning Asia, Europe, North America, the Middle East and Africa.

Maeda Corporation is a Japanese corporation which was established in 1919. Its main areas of business are building construction and civil engineering. 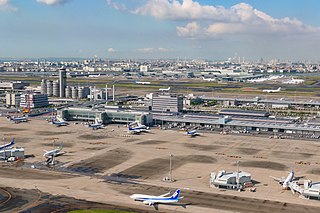