Shirley Verrett (May 31, 1931 – November 5, 2010) [1] was an African-American operatic mezzo-soprano who successfully transitioned into soprano roles, i.e. soprano sfogato. Verrett enjoyed great fame from the late 1960s through the 1990s, particularly well known for singing the works of Verdi and Donizetti.

Born into an African-American family of devout Seventh-day Adventists in New Orleans, Louisiana, Verrett was raised in Los Angeles, California. She sang in church and showed early musical abilities, [2] but initially a singing career was frowned upon by her family. Later Verrett went on to study with Anna Fitziu and with Marion Szekely Freschl at the Juilliard School in New York. In 1961 she won the Metropolitan Opera National Council Auditions.

In 1957, Verrett made her operatic debut in Britten's The Rape of Lucretia . In 1958, she made her New York City Opera debut as Irina in Kurt Weill's Lost in the Stars . In 1959, she made her European debut in Cologne, Germany in Dmitri Nabokov's Rasputins Tod. In 1962, she received critical acclaim for her Carmen in Spoleto, and repeated the role at the Bolshoi Theatre in 1963, and at the NY City Opera in 1964 (opposite Richard Cassilly and Norman Treigle). Verrett first appeared at the Royal Opera House, Covent Garden in 1966 as Ulrica in Un ballo in maschera .

She made her debut at the Metropolitan Opera in 1968, with Carmen , and at La Scala in 1969 in Samson and Dalila . Verrett's mezzo roles included Cassandra and Didon (Berlioz's Les Troyens )-including the Met premiere, when she sang both roles in the same performance, Verdi's Ulrica, Amneris, Eboli, Azucena, Saint-Saëns' Dalila, Donizetti's Elisabetta I in Maria Stuarda , Leonora in La favorita , Christoph Willibald Gluck's Orpheus, and Rossini's Neocles ( L'assedio di Corinto ) and Sinaide in Moïse. Many of these roles were recorded, either professionally or privately.

In 1990, Verrett sang Dido in Les Troyens at the inauguration of the Opéra Bastille in Paris, and added a new role at her repertoire: Santuzza in Cavalleria rusticana in Sienna. In 1994, she made her Broadway debut in the Tony Award-winning revival of Rodgers and Hammerstein's Carousel at Lincoln Center's Vivian Beaumont Theater, playing Nettie Fowler.

In 1996 Verrett joined the faculty of the University of Michigan School of Music, Theatre & Dance as a Professor of Voice and the James Earl Jones University Professor of Music. The preceding year at the National Opera Association Gala Banquet and Concert honoring Mattiwilda Dobbs, Todd Duncan, Camilla Williams and Robert McFerrin, Verrett said: "I'm always so happy when I can speak to young people because I remember those who were kind to me that didn't need to be. The first reason I came tonight was for the honorees because I needed to say this. The second reason I came was for you, the youth. These great people here were the trailblazers for me. I hope in my own way I did something to help your generation, and that you will help the next. This is the way it's supposed to be. You just keep passing that baton on!" [5]

In 2003, Shirley Verrett published a memoir, I Never Walked Alone ( ISBN   0-471-20991-0), in which she spoke frankly about the racism she encountered as a black person in the American classical music world. When the conductor Leopold Stokowski invited her to sing with the Houston Symphony in the early 1960s, he had to rescind his invitation when the orchestra board refused to accept a black soloist. Stokowski later made amends by giving her a prestigious date with the much better known Philadelphia Orchestra. [6]

Verrett married twice, first in 1951, to James Carter, and then, in 1963 to the artist Lou LoMonaco. She was survived by LoMonaco and their adopted daughter Francesca and their granddaughter. [7] 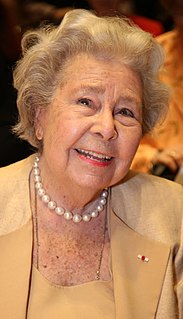 Christa Ludwig is a retired German dramatic mezzo-soprano, distinguished for her performances of opera, Lieder, oratorio, and other major religious works like masses and passions, and solos contained in symphonic literature. Her career spanned from the late 1940s until the early 1990s. She is widely recognised as one of the most significant and distinguished singers of the 20th century, "with a voice of exquisite richness and, when needed breathtaking amplitude." 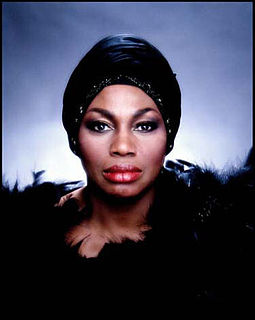 Grace Melzia Bumbry, an American opera singer, is considered one of the leading mezzo-sopranos of her generation, as well as a major soprano for many years. She was a member of a pioneering generation of African-American opera and classical singers who followed Marian Anderson in the world of classical music and paved the way for future African-American opera and concert singers. Bumbry's voice was rich and sizable, possessing a wide range, and was capable of producing a very distinctive plangent tone.

Nell Rankin was an American operatic mezzo-soprano. Though a successful opera singer internationally, she spent most of her career at the Metropolitan Opera, where she worked from 1951 to 1976. She was particularly admired for her portrayals of Amneris in Verdi's Aida and the title role in Bizet's Carmen. Opera News said, "Her full, generous tone and bold phrasing, especially in the Italian repertory, were unique among American mezzos of her generation.

Fiorenza Cossotto is an Italian mezzo-soprano.

Dolora Zajick(born 24 March 1952) is an American mezzo-soprano opera singer who specializes in the Verdian repertoire. Zajick has been described as having "one of the greatest voices in the history of opera".

Stefania Toczyska, born in Grudziądz, Poland, on 19 February 1943, is a Polish mezzo-soprano of international repute. 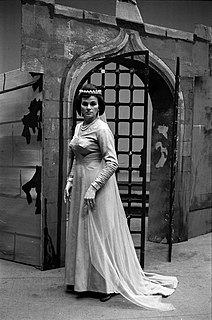 Pia Tassinari was an Italian soprano and later mezzo-soprano, particularly associated with the Italian and French repertories. 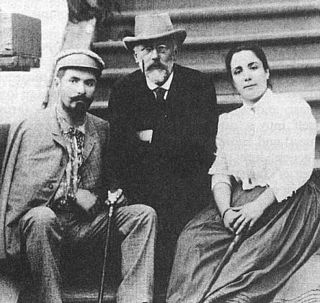 Nikolay Figner (1857–1918), lyric tenor, and Medea Figner (1859–1952), mezzo-soprano, later soprano, were a husband-and-wife team of opera singers active in Russia between 1889 and 1904. Medea was Italian-born but she became completely Russianized after marrying Nikolay. They had separate careers before their wedding, and again after their divorce in 1904, but during the 15 years of their marriage they almost always sang in the same performances. They created the main tenor and soprano roles in two operas by Pyotr Ilyich Tchaikovsky – The Queen of Spades and Iolanta – and appeared in a number of other important Russian musical premieres. 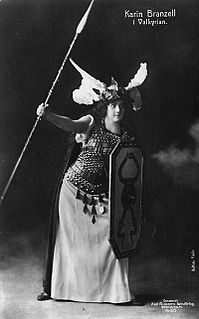 Elena Cernei was a Romanian operatic mezzo-soprano, musicologist, and voice teacher. During her 25-year career as an opera singer, she sang in leading opera houses in both Europe and North America. In 1963, she was made Artistă Emerită of the Republic of Romania and in 1999 received the degree of Doctor Honoris Causa from the National University of Music Bucharest for her contributions to the field of musicology.

Marina Krilovici is an opera soprano of Romanian birth.

Milijana Nikolic is an operatic mezzo-soprano. 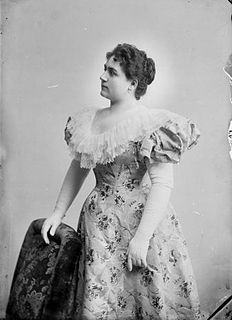 Armida Parsi-Pettinella (1868–1949) was an Italian mezzo-soprano who is remembered for her performances in Italy, especially from 1895 at La Scala, where she was repeatedly successful in the title role of Samson et Dalila until 1910. She also performed in Paris, Madrid, Buenos Aires and Monte-Carlo.