Ozawa, who was born in Tokyo, graduated from Waseda University. [1] He began acting after college, beginning with his debut stage role in 1951. [1] He also appeared in television and film roles, acting quite frequently in films directed by Shohei Imamura and Yūzō Kawashima. In 1971, Ozawa launched his long running radio show. [1]

In 2004, Ozawa became the "mayor" of Meiji Mura, an open-air museum in Aichi Prefecture which showcases Meiji Era architecture. [1] The Japanese government awarded Ozawa the Order of the Rising Sun, Gold Rays with Rosette in 2001 and the Medal with Purple Ribbon in 1994 for his body of work. [1]

Donald McNichol Sutherland is a Canadian actor whose film career spans more than seven decades. Sutherland has been nominated for eight Golden Globe Awards, winning two for his performances in the television films Citizen X (1995) and Path to War (2002); the former also earned him a Primetime Emmy Award. An inductee of the Hollywood Walk of Fame and Canadian Walk of Fame, he also received a Canadian Academy Award for the drama film Threshold (1981). Several media outlets and film critics describe him as one of the best actors who have never received an Academy Award nomination. In 2017, he received an Academy Honorary Award for his contributions to cinema. 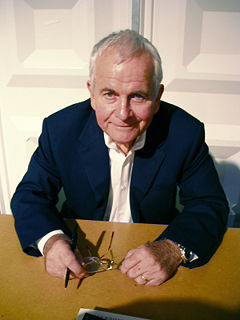 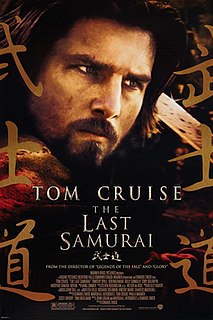 Werner Klemperer was a German-American actor, stage entertainer, and singer. He was best known for the role of Colonel Wilhelm Klink on the popular CBS television sitcom Hogan's Heroes, for which he twice won the award for Outstanding Supporting Actor in a Comedy Series at the Primetime Emmy Awards in 1968 and 1969. 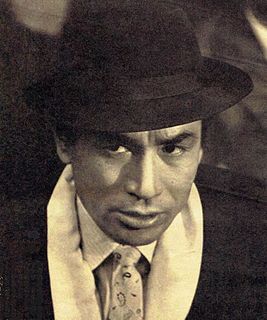 Theodore Meir Bikel was an Austrian-American actor, folk singer, musician, composer, unionist and political activist. He appeared in films including The African Queen (1951); Moulin Rouge (1952); The Enemy Below (1957); I Want to Live! (1958); My Fair Lady (1964); The Russians Are Coming, the Russians Are Coming (1966) and 200 Motels (1971). For his portrayal of Sheriff Max Muller in The Defiant Ones (1958), he was nominated for the Academy Award for Best Supporting Actor.

Herbert Tsangtse Kwouk, OBE was an English actor, known for his role as Cato in the Pink Panther films. He made appearances in many television programmes, including a portrayal of Imperial Japanese Army Major Yamauchi in the British drama series Tenko and as Entwistle in Last of the Summer Wine.

Makoto Iwamatsu was a Japanese-American actor; almost all of his acting roles credited him as Mako.

Meiji-mura is an open-air architectural museum/theme park in Inuyama, near Nagoya in Aichi prefecture, Japan. It was opened on March 18, 1965. The museum preserves historic buildings from Japan's Meiji (1867–1912), Taisho (1912–1926), and early Shōwa (1926–1989) periods. Over 60 historical buildings have been moved and reconstructed onto 1 square kilometre of rolling hills alongside Lake Iruka. The most noteworthy building there is the reconstructed main entrance and lobby of Frank Lloyd Wright's landmark Imperial Hotel, which originally stood in Tokyo from 1923 to 1967, when the main structure was demolished to make way for a new, larger version of the hotel.

Philip Madoc was a Welsh actor. He performed many stage, television, radio and film roles, and was recognised for having a "rich, sonorous voice" and often playing villains and officers. On television, he starred as David Lloyd George in The Life and Times of David Lloyd George (1981) and DCI Noel Bain in the detective series A Mind to Kill (1994-2002). His guest roles included multiple appearances in the cult series The Avengers (1962-68) and Doctor Who (1968-1979), as well as playing the U-boat captain in the Dad's Army episode "The Deadly Attachment" (1973). He was also known to be an accomplished linguist.

Eiichi Ono, better known by his stage name Kōji Tsuruta, was a Japanese actor and singer. He appeared in almost 260 feature films and had a unique style of singing. His daughter, Sayaka Tsuruta, is an actress. 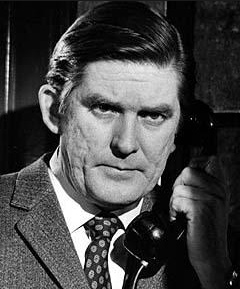 Laurence Olivier (1907–1989) was an English actor who, along with his contemporaries Ralph Richardson and John Gielgud, dominated the British stage of the mid-20th century. He also worked in films throughout his career, playing more than fifty cinema roles. From 1935 he performed in radio broadcasts and, from 1956, had considerable success in television roles.

Cliff Osmond was an American character actor and television screenwriter best known for appearing in films directed by Billy Wilder. A parallel career as an acting teacher coincided with his other activities.

Shingo Yamashiro was a Japanese television and film actor. 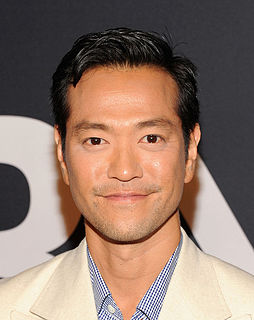 Louis Ozawa Changchien is an American actor best known for his role in the films Predators (2010) and The Bourne Legacy (2012).

Polde Bibič was a Slovenian stage and film actor, a writer, and an academic professor, best known for his role in the film Flowers in Autumn and his work in theater, Bibič was a recipient of several top awards in the field of arts in Slovenia.

Events in the year 1929 in Japan. It corresponds to Shōwa 4 (昭和4年) in the Japanese calendar.