Retropolis Entertainment was founded in April 2002 by Bob Emmer, Garson Foos, and Richard Foos, three principals from Rhino Records, [1] as the company was negotiating with the five majors for distribution. After selling Rhino to Warner Bros., the three set out to launch a new retro pop culture label. [2] The company's first product was Red, White & Rock, a joint release with PBS station WQED-TV that was produced with Warner Strategic Marketing. [3] In August 2002, Retropolis acquired Biograph Records. [4] Other early releases included blues and jazz CDs from the Biograph label, a Fats Domino CD and DVD, and several documentaries (Superstar: The Life And Times of Andy Warhol , What Happened To Kerouac?).[ citation needed ] Retropolis was renamed Shout! Factory in April 2003. At that time, Shout had signed a press and distribution agreement with Sony Music Entertainment. [5] With the release of Freaks and Geeks in 2004, Shout! hit its stride and shifted towards a reputable and celebrated television on DVD company. That same year, they released a brand-new CD Has Been with actor William Shatner (produced by Ben Folds) and started releasing classic SCTV box sets. [6]

In 2004 Shout! Factory released an expanded two-disc version of Jim Croce's first record, the Facets album . [7] In 2004, Shout! got the rights to Cartoon Network staple Home Movies and released each season set, and ultimately a complete series box. [8] Other pop culture releases ensued, including a pair of The Electric Company multidisc sets, [9] the re-envisioned Herb Alpert's Whipped Cream & Other Delights Rewhipped,[ citation needed ] a series of Elvira's Movie Macabre DVDs [10] and the first of what would be three cover CDs with Matthew Sweet and Susanna Hoffs, called Under The Covers Vol. 1; Sweet himself was also added as a featured solo artist. [11] Still earning a reputation for the release of classic TV programs, Shout! acquired the rights to Punky Brewster , [12] The Weird Al Show , [13] and America's Funniest Home Videos [14]

In 2005, Shout! Factory obtained the rights to Herb Alpert's catalog, launching the Herb Alpert Signature Series of CDs. These included The Lonely Bull , South of the Border , Lost Treasures, Whipped Cream & Other Delights and others. [15] They also got the rights to talk show host Dick Cavett's library and started releasing theme sets focused on rock icons, Ray Charles (including all his visits to the show), [16] John Lennon and Yoko Ono, [17] and others. [18] They also jumped into children's animation with a deal with DIC Entertainment. C.O.P.S. The Animated Series and Heathcliff And the Catillac Cats were the first releases from that deal. [19] On the sports side, they entered into a licensing deal with Major League Baseball, releasing themed and World Series DVDs through 2010 and then again from 2016 till present. [20]

By 2007, classic TV on DVD was a major focus, with season sets of Blossom [21] McHale's Navy [22] and Ironside , [23] an authorized collection of The Adventures of Ozzie and Harriet , [24] and themed and actor-specific editions of Inside the Actor's Studio hitting shelves. [25] Meanwhile, they also started releasing Mickey Hart's catalogs. [26]

In March 2008, Shout! bought the Hightone Records catalog and added artists Tom Russell, Joe Ely, and Rosie Flores to its brand. [27] At the same time, the company was ramping up its place as a children's animation destination and continuing with a TV on DVD schedule.[ citation needed ] It took over the Mystery Science Theater 3000 DVD series and released a 20th Anniversary set and have continued to put out box sets of episodes never before released on DVD. [28]

In 2009, Shout! reached another milestone when it struck a deal with children's TV producers Hasbro, releasing the original Transformers and G.I. Joe animated-series box sets. That same year, it released the first My Little Pony DVD, My Little Pony: Twinkle Wish Collection. [29] Shout! continued to release several Hasbro properties, including the series My Little Pony: Friendship is Magic , until January 1, 2019, when it released its last DVD for that series, Hearts and Hooves.

In June 2012, Shout! Factory announced a horror label called Scream Factory, specializing in classic and cult horror films on discs such as Halloween II , Halloween III: Season of the Witch , They Live , The Howling , Lifeforce , Deadly Eyes , and others. [41] The horror titles, both new and old, were licensed from major studios such as MGM, Fox, and Universal.[ citation needed ] In mid-June 2012, Shout! and Fred Seibert acquired Video Time Machine, a year and genre media-based iOS app, from Original Victories Inc. [42]

In July 2013, Shout! Factory acquired the U.S. and Canadian distribution rights to the ITC Entertainment library as part of a deal with ITV Studios Global Entertainment. [43] [44]

In 2014, the success Shout! was having with complete-series box sets of such series as All in the Family , Route 66 , [45] and Barney Miller [46] extended to such properties as The Bob Newhart Show , [47] Hill Street Blues , [48] and a Blu-Ray release of Pee-Wee's Playhouse [49] and The Jeffersons . [50] On May 8, 2014, Shout! announced [51] their acquisition of the rights to WKRP in Cincinnati , with the intention of restoring all four seasons of the show "complete" (i.e. complete as legally possible) with their original musical scores. [52] The 2014 release was a monumental event for fans of the show since the original DVD release in 2007 had been mired in squabbles regarding music rights. [53] That same year, Shout! became the distributor of Super Sentai in North America.[ citation needed ] Beginning the following year, Shout! released Kyōryū Sentai Zyuranger under the name "Super Sentai Zyuranger: The Complete Series" with English subtitles.[ citation needed ]. In October, Shout! acquired Westchester Films, an independent film company whose library includes the films of John Cassavetes, Elia Kazan, and Orson Welles, as well as some early United Artists films that were previously owned by the films' producers. [54]

IFC Midnight signed with Scream Factory by February 2015 for home distribution. [55] On February 5, 2015, Shout! Factory launched its flagship TV ad-supported streaming services online and via Roku. Available shows and movies included 16 Werner Herzog films, Roger Corman cult films and TV shows including Father Knows Best and It's Garry Shandling's Show . [56] In June, a minority stake in the company was taken by Cinedigm, while extending their home entertainment platform distribution agreement. Cinedigm and Shout would then relaunch the Factory's streaming service and cross market each other streaming services. [57]

On November 10, 2015, Shout! announced that it had acquired the rights to Mystery Science Theater 3000 from Best Brains Inc. and launched a "Bring Back MST3K" Kickstarter with the goal of producing up to 12 new feature-length episodes of the series, with series creator Joel Hodgson serving as executive producer. [58] In January 2016, Concord Bicycle Music bought the Hightone from the company. [59] The same year, Shout! Factory had released The Crush of 1993 under subsidiary brand Scream Factory [60] and Long Way North . [61]

The following year, Shout! (via its Westchester Films division) acquired the domestic rights to the entire library of Morgan Creek Productions (with the exception of the original Young Guns , which is still owned by Lionsgate, successor to the film's international distributor, Vestron Pictures).[ citation needed ]

On January 10, 2017, Shout Factory acquired the worldwide television format and ancillary rights to Starcade with plans to reboot the series. [62] On January 17, Shout! Factory announced their acquisition of the broadcast and home media distribution rights for the first three Digimon Adventure tri. films with plans for a dual-language release on DVD and Blu-ray. [63] On May 18, Shout! Factory acquired the North American distribution rights to In This Corner of the World , with a U.S. theatrical release to take place on August 11, 2017, co-released by Funimation Films. [64] In October 2017, it was revealed that Shout! Factory would be the distributor for GKIDS' re-releases of Studio Ghibli films formerly owned by Disney in the US (although Disney has the Japanese/Taiwan distribution rights themselves, thus replacing the titles' original Japanese theatrical distributors such as Toho, Toei and Shochiku); [65] [66] afterwards, Shout! began distributing other GKIDS films.

On November 13, 2017, Shout! Factory announced the formation of Shout! Studios, a production and distribution arm that specializes in content development. [67] The first films to be distributed under the new banner include Humor Me , Big Fish & Begonia (partnering with Funimation Films again for theatrical distribution [68] ) The House of Tomorrow , Izzy Gets the F*ck Across Town , and Basmati Blues , all slated for a 2018 premiere. In addition to film projects, Shout! Studios will also develop original television productions.

In mid-2012, Shout! Factory announced a horror sub-label called Scream Factory, specializing in classic and cult horror films such as Halloween II , Halloween III: Season of the Witch , They Live , The Howling , Lifeforce , The Return of the Living Dead , and others being released to DVD and Blu-ray. [74]

Shout! Factory also acquired blues/roots label HighTone Records and continued to oversee its back catalog until 2016 when Concord Bicycle Music bought the label. [77]

IFC Films is an American film production and distribution company based in New York City. It is an offshoot of IFC owned by AMC Networks. It distributes mainly independent films under its own name, select foreign films and documentaries under its Sundance Selects label and genre films under its IFC Midnight label. It operates the IFC Center.

Ultraseven is a Japanese tokusatsu science fiction television series created by Eiji Tsuburaya. It is the third installment in the Ultra Series and was produced by Tsuburaya Productions. The series aired on Tokyo Broadcasting System from October 1, 1967 to September 8, 1968.

Return of Ultraman is a Japanese tokusatsu science fiction television series produced by Tsuburaya Productions. The fourth entry in the Ultra series, the series aired on Tokyo Broadcasting System from April 2, 1971 to March 31, 1972. It became successful enough to inspire a second "Kaiju Boom" in Japan, with rival studios producing their own tokusatsu shows and Tsuburaya Productions producing additional Ultraman shows annually for the next three years. Prior to the series' release, Ultra Q, Ultraman, and Ultraseven were stand-alone titles however, Return of Ultraman is the first installment to unite the first three shows into an interconnected universe. 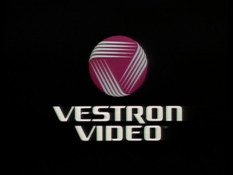 Twilight Time is a boutique home media label specializing in releasing limited edition DVD and Blu-ray discs of classic films, founded in 2011. All titles were sold online exclusively through Screen Archives Entertainment until July 1, 2015, when the company launched their own online store.