Last updated March 03, 2021
A siege during the Hundred Years' War

John II ordered a siege of Saint-Jean-d'Angély, a town in Saintonge. An army made up of Poitevin, Saintongeais, Tourangeaux and Angevins knights and foot soldiers, was formed and set up camp at the foot of the walls of Saint-Jean-d'Angély. The army was led by Guy II de Nesle, Marshal of France and Édouard I de Beaujeu.

The French did not take any initiative to attack the city because they lacked large enough siege engines to break the walls of Saint-Jean-d'Angély. The town was surrounded and trade routes blocked to starve the English garrison into surrendering. An English relief force led by the Seneschal of Gascony, John de Cheverston and Arnaud-Amanieu, was intercepted by a French detachment of the siege army. [1] Although the English were victorious, Cheverston was unable to break through to Saint-Jean-d'Angély. 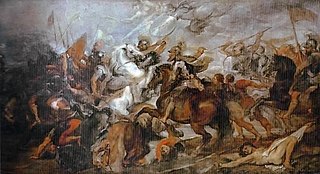 The Battle of Ivry was fought on 14 March 1590, during the French Wars of Religion. The battle was a decisive victory for Henry IV of France, leading Huguenot and English forces against the Catholic League by the Duc de Mayenne and Spanish forces under the Count of Egmont. Henry's forces were victorious and he went on to lay siege to Paris.

Saintonge, historically spelled Xaintonge and Xainctonge, is a former province of France located on the west central Atlantic coast. The capital city was Saintes. Other principal towns include Saint-Jean-d'Angély, Jonzac, Frontenay-Rohan-Rohan, Royan, Marennes, Pons, and Barbezieux-Saint-Hilaire. 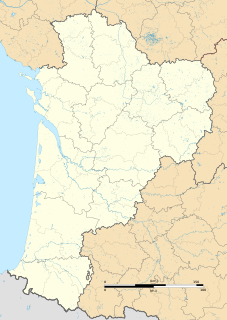 The Battle of Taillebourg, a major medieval battle fought in July 1242, was the decisive engagement of the Saintonge War. It pitted a French Capetian army under the command of King Louis IX and his younger brother Alphonse of Poitiers against forces led by King Henry III of England, his brother Richard of Cornwall and their stepfather Hugh X of Lusignan. 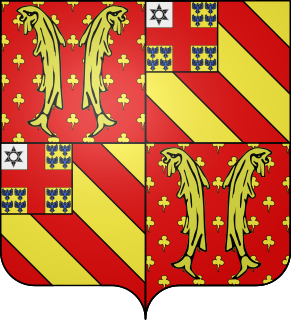 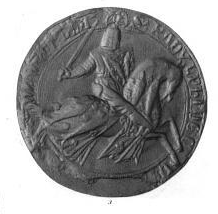 The Siege of La Rochelle of 1224 was the decisive engagement in the campaign between the Capetians and the Plantagenets for control of Poitou. French royal forces commanded by Capetian king Louis VIII laid siege to the strategic port of La Rochelle and its garrison of Poitevin and English soldiers commanded by Savari de Mauléon. The port had long been a staging ground for Plantagenet efforts to regain their continental lands lost to the French crown since 1203. The siege lasted from July to August 1224, and resulted in La Rochelle's citizens surrendering the city to Louis after the failure of English relief to emerge. The siege of La Rochelle was the crowning event of the Capetian conquest of Poitou from the Plantagenets. With Poitou in Capetian hands, only Gascony remained under Plantagenet rule on the continent. 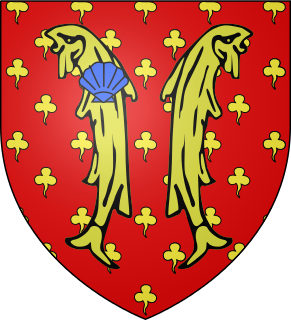 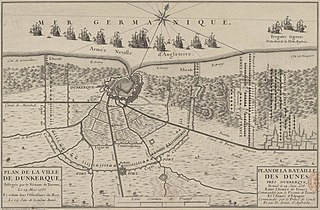 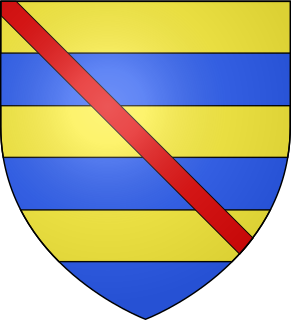 Raymond-Guilhem de Caupenne, Seigneur of Caupenne, was a French noble who took part in the Hundred Years War. He led the defense of Saint-Jean-d'Angély in 1351 against a French force laying siege to the town. He died in 1374. 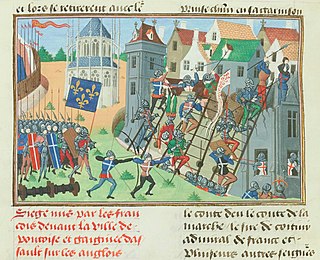 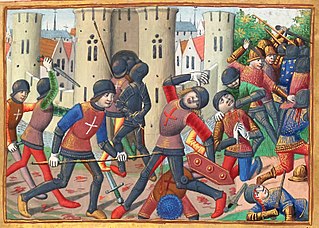