The Sikkim Premier Division League is an association football league in Sikkim, India organised by Sikkim Football Association. It started with 8 teams in 2018. United Sikkim F.C. won the two consecutive S-league title for the session of 2017 and 2018.

Arsenal Women Football Club is an English professional women's football club based in Islington, London, England that is affiliated with Arsenal. The club plays in the Women's Super League, the top flight of English women's football.

Denis Onyango is a Ugandan professional footballer who plays for South African Premier Soccer League club Mamelodi Sundowns and Uganda as a goalkeeper and serves as captain of Uganda Cranes.

Langsning FC is an Indian professional football club based in Shillong, Meghalaya, India. The club currently competes in the I-League 2nd Division.

Irungbam Surkumar Singh is an Indian footballer who played for India national football team graduated out of the prestigious Tata Football Academy in 2000 and was signed on by East Bengal FC and now he plays for United Sikkim F.C. in the 2nd Division of the I-League. He is an Indian footballer who plays as a defender for India.After impressing at under-16 level while playing for Manipur under-16 despite being only 13, Surkumar was roped in by Tata Football Academy. He spent four years in TFA and used to play as a center back. He also made his international debut in 2001 in the historic 1-0 win over UAE in a 2002 World Cup qualifier.

United Sikkim Football Club is an Indian professional football club based in Gangtok, Sikkim. Founded in 2011, the club playes in the Sikkim Premier Division League. United Sikkim is the only club from Sikkim to play in the I-League, one of the top flights of Indian football. The club which is owned by former India captain Baichung Bhutia, was founded in order to give the people of the Indian state of Sikkim a team.

Bordoloi Trophy also known as the Bharat Ratna Lokopriya Gopinath Bordoloi Trophy is an Indian football tournament held in Guwahati and organized by Guwahati Sports Association (GSA). The tournament was first started in 1952 and is named after Assam's first chief minister Gopinath Bordoloi. Apart from some top clubs from India, clubs from Nepal, Bangladesh and Thailand also have participated in this trophy. Abahani Limited of Bangladesh lifted 2010 trophy.

Sikkim Football Association is the state governing body of football in Sikkim, India. It is affiliated with the All India Football Federation, the sports national governing body.

The Shillong Premier League is an association football league in India. It started with 8 teams in 2010. Royal Wahingdoh F.C. clinched the title for the third consecutive year after winning the previous two editions in 2010 and 2011. Shillong Lajong are the current champion.

Shahensha Ansari is an Indian footballer who plays as a midfielder for Sikkim Premier Division League club Sikkim Aakraman.

Nadong Bhutia is an Indian footballer who plays as a Striker or Winger for Real Kashmir F.C. in the I-League.

Nim Dorjee Tamang is an Indian professional footballer who plays as a center back for NorthEast United in the Indian Super League.

Gangtok Himalayan Sporting Club is an Indian professional football club based in Gangtok, Sikkim, that competes in the I-League Second Division, the third tier of Indian Football alongside the Sikkim Premier Division League.

The 2017–18 Maltese Premier League was the 103rd season of top-flight league football in Malta. The season began on 18 August 2017 and ended on 22 April 2018. Hibernians were the defending champions, having won their 12th title the previous season. Dundee United Women's Football Club is a Scottish women's association football club based in Dundee that is affiliated with the professional men's club Dundee United F.C. Founded in 2015, they play in Scottish Women's Premier League 2, the second tier of the national league system, after winning promotion from the third tier in 2018. They had previously been promoted from the fourth tier in their 2016 debut season. 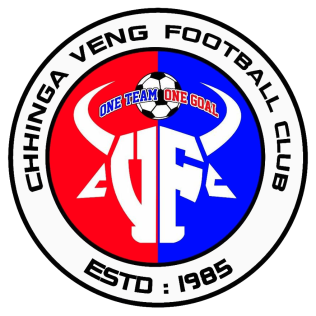 Chhinga Veng Football Club is an Indian professional association football club based in Aizawl, Mizoram, India. The club made its I-League 2nd Division debut in the 2018–19 season.