Simon van der Meer (24 November 1925 –4 March 2011) was a Dutch particle accelerator physicist who shared the Nobel Prize in Physics in 1984 with Carlo Rubbia for contributions to the CERN project which led to the discovery of the W and Z particles, two of the most fundamental constituents of matter. [1] [2]

One of four children, Simon van der Meer was born and grew up in The Hague, the Netherlands, in a family of teachers. [3] He was educated at the city's gymnasium, graduating in 1943 during the German occupation of the Netherlands. He studied Technical Physics at the Delft University of Technology, and received an engineer's degree in 1952. After working for Philips Research in Eindhoven on high-voltage equipment for electron microscopy for a few years, he joined CERN in 1956 where he stayed until his retirement in 1990. [4] [5] [6]

Van der Meer was a relative of Nobel Prize winner Tjalling Koopmans – they were first cousins once removed. [7] [8] In the mid-1960s, Van der Meer married Catharina M. Koopman; they had a daughter (Esther) and a son (Mathijs). He also had a sister (Ge) and a granddaughter.

In the 1950s, van der Meer designed magnets for the 28 GeV Proton Synchrotron (PS) [9] [10] In 1961, he invented a pulsed focusing device, known as the ‘van der Meer horn’. Such devices are necessary for long-base-line neutrino facilities and are used even today.

That was followed in the 1960s by the design of a small storage ring for a physics experiment studying the anomalous magnetic moment of the muon. Soon after and in the following decade, van der Meer did some very innovative work on the regulation and control of powersupplies for the Intersecting Storage Rings (ISR) and, later, the SPS.

Van der Meer's ISR Collider days in the 1970s led to his technique for luminosity calibration of colliding beams, first used at the ISR and still used today at the LHC, as well as in other colliders.

The Nobel Prize committee recognised Van der Meer's idea of stochastic cooling and its application at CERN in the late 1970s and 1980s, specifically in the Antiproton Accumulator, which supplied antiprotons to the Proton-Antiproton Collider.

During his work at the ISR, Nobel Prize-winning developed a technique using steering magnets to vertically displace the two colliding beams with respect to each other; this permitted the evaluation of the effective beam height, leading to an evaluation of the beam luminosity at an intersection point. The famous ‘van der Meer scans’ are indispensable even today in the LHC experiments; without these, the precision of the calibration of the luminosity at the intersection points in the Collider would be much lower.

For the new SPS machine constructed in the early seventies, he proposed that the generation of the reference voltages for the bending and quadrupole supplies should be based on measurements of the field along the cycle, and gave an outline of the correction algorithms. His proposal resulted in the first ever computer-controlled closed-loop system for a geographically distributed system, as the 7 km circumference SPS was; this was a no simple feat for the early 1970s. Measurements of the main magnet currents were introduced only later, when the SPS had to run as a storage ring for the SPS p–pbar collider.

Van der Meer's accelerator knowledge and computer programming meant he developed very sophisticated applications and tools to control the antiproton source accelerators as well as the transfer of antiprotons to the SPS Collider for Nobel-winning discoveries. The AA and AC pbar source complex machines remained from 1987 to 1996 the most highly automated set of machines in CERN's repertoire of accelerators. [11]

His prolific inventiveness to the whole park of accelerators at CERN that run so well today for physics, whether they might be for neutrinos sent to Gran Sasso, colliding proton beams at the LHC, or antiproton physics at the Antiproton Decelerator (AD), owe him an immense amount of gratitude. Likewise, the Fermilab antiproton programme that has been running since 1983–85 and the successes of the p–pbar Tevatron Collider up to 2011 and its discovery of the top quark, owe him considerable gratitude.

Van der Meer invented the technique of stochastic cooling of particle beams. [12] His technique was used to accumulate intense beams of antiprotons for head-on collision with counter-rotating proton beams at 540 GeV centre-of-mass energy or 270 GeV per beam in the Super Proton Synchrotron at CERN. Such collisions produced W and Z bosons which could be detected for the first time in 1983 by the UA1 experiment, led by Carlo Rubbia. The W and Z bosons had been theoretically predicted some years earlier, and their experimental discovery was considered a significant success for CERN. Van der Meer and Rubbia shared the 1984 Nobel Prize for their decisive contributions to the project. [13] Without Van der Meer, particle physics would have probably taken a very different course over the 1980s, 1990s and the early 21st century.

Van der Meer and Ernest Lawrence are the only two accelerator physicists who have won the Nobel prize.

Apart from his Nobel Prize Van der Meer also became a member of the Royal Netherlands Academy of Arts and Sciences in 1984. [14]

The European Organization for Nuclear Research, known as CERN, is a European research organization that operates the largest particle physics laboratory in the world. Established in 1954, the organization is based in a northwest suburb of Geneva on the Franco–Swiss border and has 23 member states. Israel is the only non-European country granted full membership. CERN is an official United Nations Observer.

Carlo Rubbia, is an Italian particle physicist and inventor who shared the Nobel Prize in Physics in 1984 with Simon van der Meer for work leading to the discovery of the W and Z particles at CERN.

The Tevatron was a circular particle accelerator in the United States, at the Fermi National Accelerator Laboratory, east of Batavia, Illinois, and is the second highest energy particle collider ever built, after the Large Hadron Collider (LHC) of the European Organization for Nuclear Research (CERN) near Geneva, Switzerland. The Tevatron was a synchrotron that accelerated protons and antiprotons in a 6.28 km (3.90 mi) ring to energies of up to 1 TeV, hence its name. The Tevatron was completed in 1983 at a cost of $120 million and significant upgrade investments were made in 1983–2011. 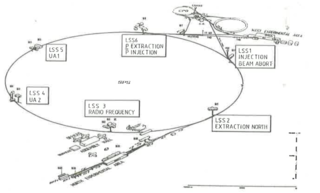 The Underground Area 2 (UA2) experiment was a high-energy physics experiment at the Proton-Antiproton Collider — a modification of the Super Proton Synchrotron (SPS) — at CERN. The experiment ran from 1981 until 1990, and its main objective was to discover the W and Z bosons. UA2, together with the UA1 experiment, succeeded in discovering these particles in 1983, leading to the 1984 Nobel Prize in Physics being awarded to Carlo Rubbia and Simon van der Meer. The UA2 experiment also observed the first evidence for jet production in hadron collisions in 1981, and was involved in the searches of the top quark and of supersymmetric particles. Pierre Darriulat was the spokesperson of UA2 from 1981 to 1986, followed by Luigi Di Lella from 1986 to 1990.

The UA1 experiment was a high-energy physics experiment that ran at CERN's Proton-Antiproton Collider, a modification of the one-beam Super Proton Synchrotron (SPS). The data was recorded between 1981 and 1990. The joint discovery of the W and Z bosons by this experiment and the UA2 experiment in 1983 led to the Nobel Prize for physics being awarded to Carlo Rubbia and Simon van der Meer in 1984. Peter Kalmus and John Dowell, from the UK groups working on the project, were jointly awarded the 1988 Rutherford Medal and Prize from the Institute of Physics for their outstanding roles in the discovery of the W and Z particles. 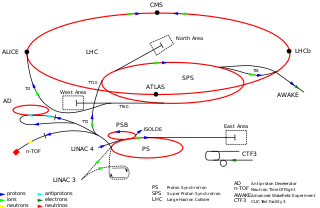 The Super Proton Synchrotron (SPS) is a particle accelerator of the synchrotron type at CERN. It is housed in a circular tunnel, 6.9 kilometres (4.3 mi) in circumference, straddling the border of France and Switzerland near Geneva, Switzerland.

The Proton Synchrotron (PS) is a particle accelerator at CERN. It is CERN's first synchrotron, beginning its operation in 1959. For a brief period the PS was the world's highest energy particle accelerator. It has since served as a pre-accelerator for the Intersecting Storage Rings (ISR) and the Super Proton Synchrotron (SPS), and is currently part of the Large Hadron Collider (LHC) accelerator complex. In addition to protons, PS has accelerated alpha particles, oxygen and sulphur nuclei, electrons, positrons and antiprotons.

Stochastic cooling is a form of particle beam cooling. It is used in some particle accelerators and storage rings to control the emittance of the particle beams in the machine. This process uses the electrical signals that the individual charged particles generate in a feedback loop to reduce the tendency of individual particles to move away from the other particles in the beam. It is accurate to think of this as adiabatic cooling, or the reduction of entropy, in much the same way that a refrigerator or an air conditioner cools its contents. 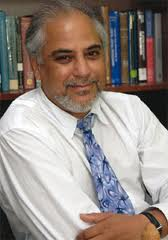 The Low Energy Ion Ring (LEIR) is a particle accelerator at CERN used to accelerate ions from the LINAC 3 to the Proton Synchrotron (PS) to provide ions for collisions within the Large Hadron Collider (LHC).

The Antiproton Accumulator (AA) was an infrastructure connected to the Proton–Antiproton Collider (SppS) — a modification of the Super Proton Synchrotron (SPS) — at CERN. The AA was built in 1979 and 1980, for the production and accumulation of antiprotons. In the SppS the antiprotons were made to collide with protons, achieving collisions at a center of mass energy of app. 540 GeV. Several experiments recorded data from the collisions, most notably the UA1 and UA2 experiment, where the W and Z bosons were discovered in 1983.

Peter Ignaz Paul Kalmus, is a British particle physicist, and emeritus professor of physics at Queen Mary, University of London. 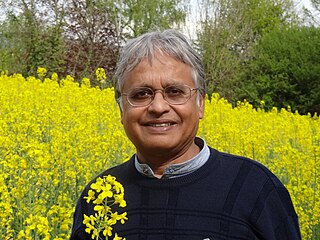 Vinod Chandrasinh Chohan was a Tanzanian-born accelerator specialist and engineer. He was a Senior Staff Member at CERN for nearly 40 years. 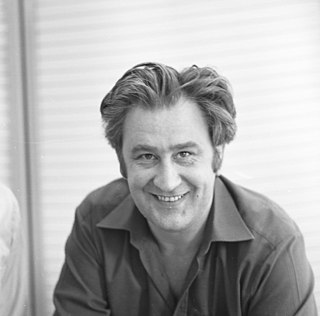 The Super Proton–Antiproton Synchrotron was a particle accelerator that operated at CERN from 1981 to 1991. To operate as a proton-antiproton collider the Super Proton Synchrotron (SPS) underwent substantial modifications, altering it from a one beam synchrotron to a two-beam collider. The main experiments at the accelerator were UA1 and UA2, where the W and Z boson were discovered in 1983. Carlo Rubbia and Simon van der Meer received the 1984 Nobel Prize in Physics for their decisive contribution to the SppS-project, which led to the discovery of the W and Z bosons. Other experiments conducted at the SppS were UA4, UA5 and UA8. 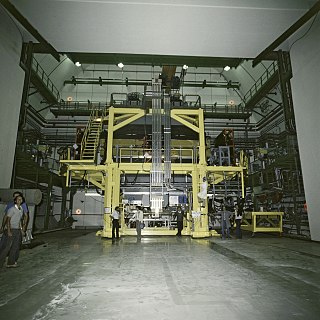 The UA5 experiment was the first experiment conducted at the Proton-Antiproton Collider, a collider using the infrastructure of the Super Proton Synchrotron (SPS). The experiment was approved in February 1979, as a collaboration between CERN and the universities of Bonn, Brussels, Cambridge and Stockholm. The spokesperson of the UA5 collaboration was John Rushbrooke. 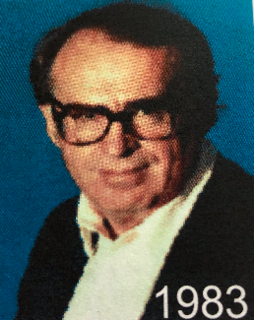