Signoret was born Simone Henriette Charlotte Kaminker in Wiesbaden, Germany, to Georgette (née Signoret) and André Kaminker, as the eldest of three children, with two younger brothers. Her father, a pioneering interpreter who worked in the League of Nations, was a French-born army officer from a Polish Jewish family, [1] [2] who brought the family to Neuilly-sur-Seine on the outskirts of Paris. Her mother, Georgette, from whom she acquired her stage name, was a French Catholic. [3]

Signoret grew up in Paris in an intellectual atmosphere and studied English, German and Latin. After completing secondary school during the Nazi occupation, Simone was responsible for supporting her family and forced to take work as a typist for a French collaborationist newspaper, Les nouveaux temps, run by Jean Luchaire. [4]

During the occupation of France, Signoret mixed with an artistic group of writers and actors who met at the Café de Flore in the Saint-Germain-des-Prés quarter. By this time, she had developed an interest in acting and was encouraged by her friends, including her lover, Daniel Gélin, to follow her ambition. In 1942, she began appearing in bit parts and was able to earn enough money to support her mother and two brothers as her father, who was a French patriot, had fled the country in 1940 to join General De Gaulle in England. She took her mother's maiden name for the screen to help hide her Jewish roots.

Signoret's sensual features and earthy nature led to type-casting and she was often seen in roles as a prostitute. She won considerable attention in La Ronde (1950), a film which was banned briefly in New York as immoral. She won further acclaim, including an acting award from the British Film Academy, for her portrayal of another prostitute in Jacques Becker's Casque d'or (1951). She appeared in many French films during the 1950s, including Thérèse Raquin (1953), directed by Marcel Carné, Les Diaboliques (1954), and The Crucible (Les Sorcières de Salem; 1956), based on Arthur Miller's The Crucible .

In 1958, Signoret acted in the English independent film, Room at the Top (1959), from which her emotionally powerful performance won her numerous awards including the Best Female Performance Prize at Cannes and the Academy Award for Best Actress. Not for nearly 40 years did another French actress receive an Oscar: Juliette Binoche (Supporting Actress, 1997) and Marion Cotillard (Best Actress, 2008). She was offered films in Hollywood, but turned them down for several years, continuing to work in France and England—for example, opposite Laurence Olivier in Term of Trial (1962). She earned a further Oscar nomination for her work on Ship of Fools (1965), and appeared in a few other Hollywood films before returning to France in 1969.

In 1962, Signoret translated Lillian Hellman's play The Little Foxes into French for a production in Paris that ran for six months at the Theatre Sarah-Bernhardt. She played the Regina role as well. Hellman was displeased with the production, although the translation was approved by scholars selected by Hellman. [5]

Signoret's one attempt at Shakespeare, performing Lady Macbeth opposite Alec Guinness at the Royal Court Theatre in London in 1966 proved to be ill-advised, with some harsh critics; one referred to her English as "impossibly Gallic". [6]

Signoret was never concerned with glamour, ignored sexist and ageist insults and continued giving finely etched performances. She won more acclaim for her portrayal of a weary madam in Madame Rosa (1977) and as an unmarried sister who unknowingly falls in love with her paralyzed brother via anonymous correspondence in I Sent a Letter to my Love  [ fr ] (1980). She continued to appear in many movies before her death in 1985.

Signoret's memoirs, Nostalgia Isn't What It Used To Be, were published in 1978. She also wrote a novel, Adieu Volodya, published in 1985, the year of her death.

Signoret first married filmmaker Yves Allégret (1944–49), with whom she had a daughter Catherine Allégret, herself an actress. Her second marriage was to the Italian-born French actor Yves Montand in 1951, a union which lasted until her death; the couple had no children.

Signoret died of pancreatic cancer in Autheuil-Authouillet, France, aged 64. She was buried in Père Lachaise Cemetery in Paris and Yves Montand was later buried next to her. 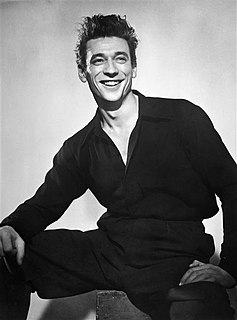 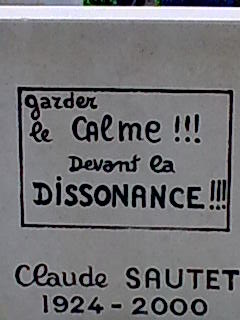 Catherine Allégret is a French actress. She is the daughter of Simone Signoret and Yves Allégret.

Madame Rosa is a 1977 French drama film directed by Moshé Mizrahi, adapted from the 1975 novel The Life Before Us by Romain Gary. It stars Simone Signoret and Samy Ben-Youb, and tells the story of an elderly Jewish woman and former prostitute in Paris who cares for a number of children, including an adolescent Algerian boy. The film required a transformation in Signoret's appearance as Madame Rosa. 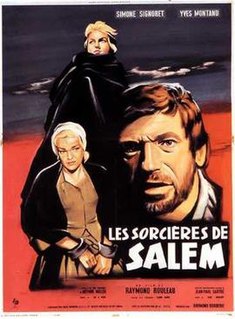 The Crucible is a 1957 joint Franco-East German film production directed by Raymond Rouleau with a screenplay adapted by Jean-Paul Sartre from the 1953 play The Crucible, by Arthur Miller.

Pierre Granier-Deferre was a French film director and screenwriter 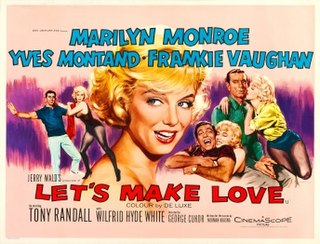 The Confession is a 1970 French-Italian film directed by Costa-Gavras starring Yves Montand and Simone Signoret.

Claude Renoir was a French cinematographer. He was the son of actor Pierre Renoir, the nephew of director Jean Renoir, and the grandson of painter Pierre-Auguste Renoir. 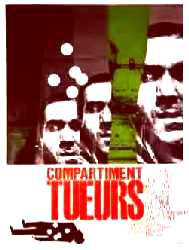 The Sleeping Car Murders is a 1965 French mystery film directed by Costa-Gavras from the novel by Sébastien Japrisot. It stars Yves Montand, Simone Signoret, Michel Piccoli, Jean-Louis Trintignant, Catherine Allégret, Jacques Perrin, Charles Denner and Pascale Roberts. This film was the first movie for Costa-Gavras, to be followed later by other, more politically-oriented work.

Benjamin Castaldi is a French television host, columnist, radio host and producer. He is the former host of Secret Story which is a spinoff of Loft Story that he hosted as well.

Lila De Nobili was an Italian stage designer, costume designer, and fashion illustrator. She was noted for her collaborations with leading stage and opera directors such as Luchino Visconti and Franco Zeffirelli, as well as her early work on fashion illustration at French Vogue magazine.

Le Chat is a 1971 French-language drama film directed by Pierre Granier-Deferre and based on Georges Simenon's 1967 novel The Cat. It recounts the story of an elderly married couple, Julien Bouin, a former typographist, and his wife Clemence, who used to perform in a circus, who have been loathing each other for years. They hardly talk to each other in their small house, soon to be demolished. Their only form of communication being occasional notes on scraps of paper. A stray cat being the only one he still gives affection to, the cat becomes the object of Clemence's anger. However, they are soon to understand that they cannot live without each other. The storyline of The Cat is speculated to have originated from Georges Simenon's difficult relationship with his mother.

Manèges is a French film directed by Yves Allégret and released in 1950. The film stars Simone Signoret, Bernard Blier and Jane Marken. It is shot in black-and-white in film noir style, with extensive use of flashback and the voiceover of characters' unspoken thoughts. Manèges is noted for the exceptionally harsh and cynical manner in which Allégret delineates the characters of his two female leads, and has been accused of being misogynistic in tone. 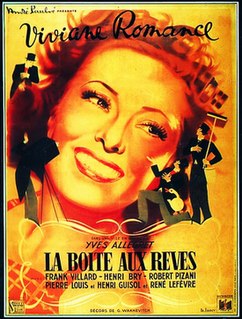 Box of Dreams is a 1945 French comedy drama film directed by Yves Allégret and Jean Choux and starring Viviane Romance, Henri Guisol and Frank Villard. Simone Signoret had a small role in the film but would go on to marry Allégret and make several films with him which would contribute to her rise to stardom.

Wikimedia Commons has media related to Simone Signoret .
This page is based on this Wikipedia article
Text is available under the CC BY-SA 4.0 license; additional terms may apply.
Images, videos and audio are available under their respective licenses.