Sir Charles Thompson, 1st Baronet was a British naval officer. After long service in the Seven Years' War, American War of Independence and War of the First Coalition, he was Admiral John Jervis's second in command at the battle of Cape St Vincent. However, his disregard for Jervis's signal to tack to counter a Spanish attacking move nearly lost the battle, and began an enmity with Jervis that eventually led to Thompson's retirement. From 1796 to 1799 he was also MP for Monmouth.

Samuel Whitbread was an English brewer and Member of Parliament. In 1742, he established a brewery that in 1799 became Whitbread & Co Ltd.

Sir Henry and Hannah Jean Grey had one daughter, Hannah Jane Thompson (1829–1899), born in Ryde, Isle of Wight, but his wife died shortly after childbirth. His daughter married Henry Thomas Murdoch Kirby, vicar of Mayfield, Sussex, in 1847 at Frant, Sussex. One of their twelve children was Admiral Francis George Kirby (1854–1951), Captain of HMS Phaeton.

Frant is a village and civil parish in the Wealden District of East Sussex, England, on the Kentish border about three miles (5 km) south of Royal Tunbridge Wells.

HMS Phaeton was a second class cruiser of the Leander class which served with the Royal Navy.

Sir Henry was, during his life, Curate in charge at Holy Trinity Church, Bembridge, Isle of Wight; Rector of the Church of Holy Trinity, Fareham, Hampshire (the building of which had been paid for by himself and his mother, Lady Jane Thompson), and in 1845 he was given the living of Frant, Sussex, by the Earl of Abergavenny. He died in Chichester in 1868 and was buried at Holy Trinity Church, Fareham.

Holy Trinity Church, Bembridge is a parish church in the Church of England located in Bembridge, Isle of Wight. 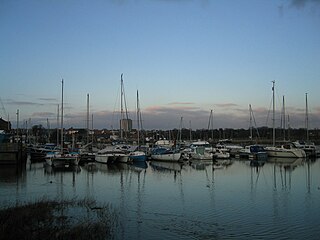 Fareham is a market town at the north-west tip of Portsmouth Harbour, between the cities of Portsmouth and Southampton in south east Hampshire, England. It gives its name to the Borough of Fareham. It was historically an important manufacturer of bricks, used to build the Royal Albert Hall, and grower of strawberries and other seasonal fruits. Current employers include Fareham Shopping Centre, small-scale manufacturers, HMS Collingwood and the Defence Science and Technology Laboratory.

With no surviving sons, the baronetcy became extinct on his death in 1868.

Charles Grey, 1st Earl Grey, KB, PC served as a British general in the 18th century. A distinguished soldier in a generation of exceptionally capable military and naval personnel, he served in the Seven Years' War of 1756-1763, taking part in the defeat of France. He later served in the American War of Independence (1775–1783) and in the early campaigns against France during the French Revolutionary War. Following the Battle of Paoli in Pennsylvania in 1777 he became known as "No-flint Grey" for, reputedly, ordering his men to extract the flints from their muskets during a night approach and to fight with the bayonet only. 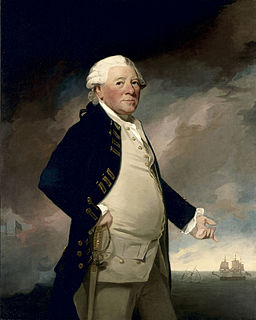 Sir John Oglander was an English politician who sat in the House of Commons from 1625 to 1629. He is now remembered as a diarist.

Sir Edward Bishopp, 2nd Baronet was an English politician who sat in the House of Commons in 1626 and in 1640. He supported the Royalist cause in the English Civil War.