Gilmour was the son of Sir John Gilmour, 1st Baronet, chairman of the Scottish Conservative and Unionist party, who was created a baronet in 1897. His mother was Henrietta, daughter of David Gilmour. He was educated at Trinity College, Glenalmond, the University of Edinburgh and Trinity Hall, Cambridge. [1]

Gilmour was a lieutenant in the Fifeshire Volunteer Light Horse, and was among the officers of the Fife and Forfar volunteer battalions to volunteer for service in the Second Boer War. He was commissioned a lieutenant in the Imperial Yeomanry on 7 February 1900, [2] and served in South Africa with the 20th (Fife and Forfarshire Light Horse) Company of the 6th Battalion. He left Liverpool for South Africa with the company on the SS Cymric in March 1900. [3] For his service, he was awarded the Queen's medal with 4 clasps and was twice mentioned in despatches (by Lord Roberts dated 4 September 1901 [4] and in the final despatch by Lord Kitchener dated 23 June 1902 [5] ). His letters from the Boer War were published in 1996 under the title "Clearly My Duty" by his son, Sir John Gilmour, 3rd Baronet. He again served in World War I with the Fife and Forfar Yeomanry, where he was again mentioned in despatches and awarded the DSO with bar. His service after the war saw him rise to the rank of Lieutenant-Colonel when he commanded the Fife and Forfar Yeomanry. On 8 May 1931 he was made the Honorary Colonel of the Fife and Forfar Yeomanry. [6]

Later in his career he served as Minister of Shipping during the early months of the Second World War but died in office in 1940. [7]

Gilmour first married Mary Louise Lambert, daughter of Edward Tiley Lambert, on 9 April 1902 at St. Mary´s Church, Battle, Sussex. [9] After her death in 1919 he married secondly his first wife's sister, Violet Agnes, in 1920. In 1930, he married Lady Mary Cecilia Rhodesia Hamilton (1896–1984), daughter of James Hamilton, 3rd Duke of Abercorn, and his wife, the former Lady Rosalind Bingham. Gilmour and his third wife had one son together.

Gilmour died of a heart attack in London on 30 March 1940, [10] aged 63, and was succeeded in the baronetcy by his son from his first marriage, John, who also had a successful political career. His daughter from his first marriage, Dame Anne Margaret Bryans worked for the British Red Cross, becoming Vice-Chairman of the Executive Committee from 1964-76. His great-nephew, George Younger, was also a Conservative MP and served as Scottish Secretary from 1979-1986.

John George Stewart-Murray, 8th Duke of Atholl,, styled Marquess of Tullibardine until 1917, was a Scottish soldier and Unionist politician. 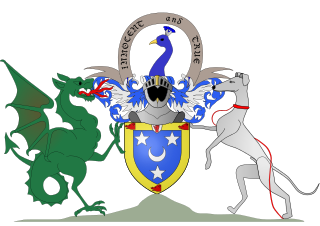 Colonel Sir Arthur Edward Erskine was a British soldier and courtier. He was Crown Equerry in the Royal Household of the Sovereign of the United Kingdom from 1924 to 1941. 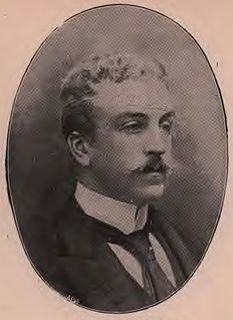 Colonel Sir John Edward Gilmour, 3rd Baronet, DSO, TD, DL was a British Conservative Party politician. He was Member of Parliament for East Fife for 18 years, from 1961 to 1979. He was also a soldier, farmer and landowner, and a company director and building society vice-president. 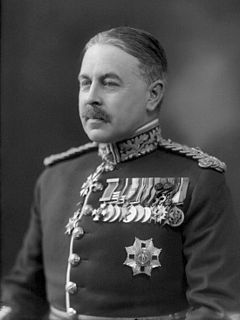 Colonel Sir Alexander Sprot, 1st Baronet, was a British soldier and Scottish Unionist Party politician. He served in the Second Anglo-Afghan War, the Second Boer War and World War I. During his political career, he represented the constituencies of East Fife and North Lanarkshire. 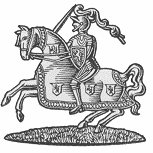 Algernon William John Clotworthy Skeffington, 12th Viscount Massereene and 5th Viscount Ferrard, DSO was British Army officer and an Ulster Unionist member of the Senate of Northern Ireland from 1921–1929. During this period he served as Deputy Leader of the Senate and Parliamentary Secretary in the Department of the Prime Minister.