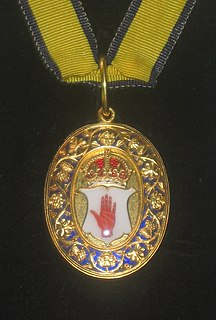 He was born in 1895, the fourth child and eldest son of Sir Pyers William Mostyn, 9th Baronet. On his own death the title passed to his cousin, Sir Pyers George Joseph Mostyn, 11th Baronet. His death at a young age forced the sale of the family estate of Talacre.

Baron Moncreiff, of Tulliebole in the County of Kinross, is a title in the Peerage of the United Kingdom. It was created in 1874 for the lawyer and Liberal politician Sir James Moncreiff, 1st Baronet. He had already been created a Baronet, of Tulliebole in the County of Kinross, in the Baronetage of the United Kingdom in 1871. In 1883 Lord Moncreiff also succeeded his elder brother as 11th Baronet, of Moncreiff in the County of Perth. On his death the titles passed to his eldest son, the second Baron. He was a Judge of the Court of Session from 1888 to 1905 under the title of Lord Wellwood and served as Lord Lieutenant of Kinross-shire between 1901 and 1909. He was succeeded by his younger brother, the third Baron. He was a clergyman. As of 2010 the titles are held by the latter's great-grandson, the sixth Baron, who succeeded his father in 2002.

This is a list of people who have served as Custos Rotulorum of Flintshire. 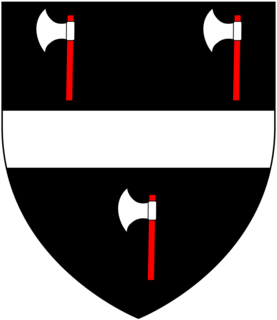 Francis Mostyn was a Welsh prelate who served in the Roman Catholic Church as the Archbishop of Cardiff from 1921 until his death in 1939.

Sir Roger Mostyn, 3rd Baronet was a Welsh politician who sat in the English and British House of Commons for 25 years from 1701 to 1735.

The Champneys, later Mostyn-Champneys Baronetcy, of Orchardleigh in the County of Somerset, was a title in the Baronetage of Great Britain. It was created on 12 January 1767 for Thomas Champneys, subsequently High Sheriff of Somerset from 1775 to 1776. He was succeeded by his son, Sir Thomas, the second Baronet. He married Charlotte Margaret Mostyn, daughter of Sir Roger Mostyn, 5th Baronet. In 1821 Sir Thomas assumed by Royal Sign Manual the additional surname of Mostyn. He was childless and the title became extinct on his death in 1839. 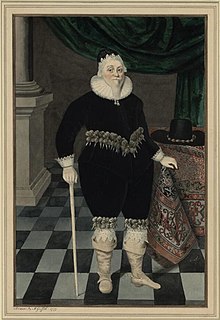 Sir Robert Williames Vaughan, 2nd Baronet was a Welsh landowner and Tory politician who sat in the House of Commons for 40 years from 1792 to 1836.

Mostyn is a surname, and may refer to: