Vyvyan was born at Trelowarren, Cornwall, the son of Sir Vyell Vyvyan, 7th Baronet and his wife Mary Hutton Rawlinson, daughter of Thomas Hutton Rawlinson of Lancaster. He was educated at Harrow School and at Christ Church, Oxford but did not take a degree. In 1820, he succeeded to the baronetcy and Vyvyan family estates on the death of his father. He became a lieutenant-colonel commandant in the Cornwall yeomanry cavalry on 5 September 1820.

In 1826, Vyvyan was made a Fellow of the Royal Society for his "considerable literary and scientific acquirements especially in the Philosophy of Natural History", [6] previously having been a Fellow of the Geological Society. [6] He was also the patron of Charles Thomas Pearce, who he initially employed as his secretary in about 1843, and with whom he undertook “researches on light, heat, and magnetism of the Moon’s rays” over a period of years. Between 1846 and 1848, they shared a house built by Decimus Burton in London's Regent’s Park, called St. Dunstan’s Villa.

Vyvyan was an advocate of Lamarckian evolution and transmutation of species. He was erroneously suspected of writing Vestiges of the Natural History of Creation until he denied authorship. [7] Historian of science Pietro Corsi has written that Vyvyan "endorsed a quasi-Lamarckian transformation of species, together with phrenology and a broadly evolutionary cosmology." [8]

He also published several letters and speeches. His letter ‘to the magistrates of Berkshire on their practice of ‘consigning prisoners to solitary confinement before trial, and ordering them to be disguised by masks,’ passed into a second edition in 1845. His account of the fogou or cave at Halligey, Trelowarren, is in the Journal of the Royal Institution of Cornwall (1885, viii. 256–8). 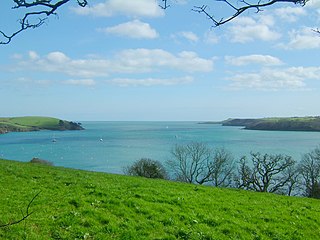 The Helford River is a ria in Cornwall, England, fed by small streams into its many creeks. There are seven creeks on the Helford; from west to east these are Ponsontuel Creek, Mawgan Creek, Polpenwith Creek, Polwheveral Creek, Frenchman's Creek, Port Navas Creek, and Gillan Creek. The best known of these is Frenchman's Creek, made famous by Daphne du Maurier in her novel of the same name. A little further up river is Tremayne Quay, built for a visit by Queen Victoria in the 1840s which she then declined to make, allegedly because it was raining.

The Vyvyans are a prominent Cornish family who were members of Parliament, baronets, and landowners in Penwith and Kerrier since the 15th century. The Vyvyan family have held the large Trelowarren Estate in the parish of Mawgan-in-Meneage in west Cornwall for nearly 600 years. They moved to Trelowarren in 1427 from Trevegean, St. Buryan when they acquired Trelowarren through marriage to the daughter of Honora Ferrers, heiress to the estate of the previous owner, Richard Ferrers. Trelowarren's first garden is recorded in 1428. In the English Civil War (1642-1651) the Vyvyans were royalist supporters. Sir Richard Vyvyan (1613-1724), 1st Baronet, was given a large Vandyke painting of King Charles I (1600-1649), depicted on horseback, by King Charles II (1630-1685) in recognition of his support. That painting continues to hang in the family house in Trelowarren today. 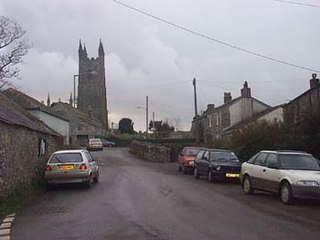 Withiel is a civil parish and village in mid Cornwall, England, United Kingdom. The parish of Withiel is between the parishes of St Breock, Lanivet, Roche and St Wenn. The name Withiel comes from the Cornish word Gwydhyel, meaning "wooded place". The parish contains the hamlets of Withielgoose, Retire and Tregawne; the parish had a total population of about 300 in 1824.

The Vyvyan Baronetcy of Trelowarren, Cornwall is a title in the Baronetage of England. It was created on 12 February 1645 for Richard Vyvyan, a member of Parliament for Penrhyn, Tregony and St Mawes and Master of the Mint. His eldest son, the second Baronet, represented St Mawes and Helston in the House of Commons. He was succeeded in 1697 by his son, the third Baronet, was a member of Parliament for Mitchell and Cornwall and a prominent Jacobite. The eighth Baronet sat as Conservative Member of Parliament for Cornwall, Okehampton, Bristol and Helston. His grandson, the tenth Baronet, was a Colonel in the British Army. As of 28 February 2014, the present Baronet has not successfully proven his succession and is therefore not on the Official Roll of the Baronetage, with the baronetcy considered dormant since 1995.

Sir Roger Gresley, 8th Baronet was an English author and Tory politician who sat in the House of Commons from 1835 to 1837.

Hannibal Vyvyan, sometimes spelled Vivian, of Trelowarren in Cornwall, was an English Member of Parliament (MP).

Sir Francis Vyvyan, of Trelowarren in Cornwall, was an English Member of Parliament (MP); his surname is sometimes spelt Vivian.

Sir Richard Vyvyan, 1st Baronet was an English politician who sat in the House of Commons at various times between 1640 and 1665. He supported the Royalist cause in the English Civil War.

Sir John Stewart, 1st Baronet was an Irish lawyer and politician. He was son of Church of Ireland clergyman, the Reverend Hugh Stewart, Rector of Termonmaguirk, County Tyrone. He was educated in Drogheda and at Trinity College, Dublin, studied law at Lincoln's Inn, and was called to the Irish Bar in 1781. 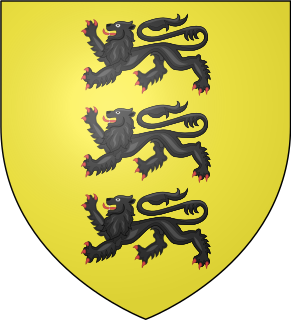 James Robyns was an English lawyer and politician who sat in the House of Commons in 1660. 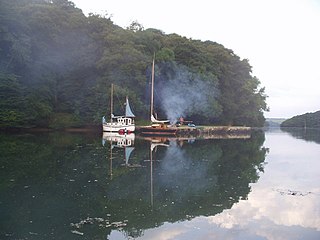 Tremayne is a hamlet in the parish of St Martin in Meneage, Cornwall, England, United Kingdom. 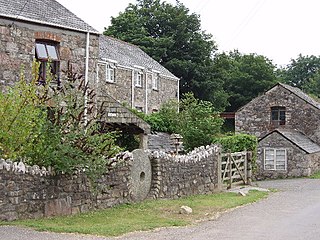 Withielgoose or Withel-goose is a hamlet in Cornwall, England, UK. Withielgoose, from the Cornish gwyth (trees), yel and coes (wood) suggests the clearance of woodland to create agricultural land. The hamlet is accessed via Withielgoose Lane and contains Withielgoose Manor. Withielgoose belongs historically to the parish of Withiel along with Retire and Tregawne; the parish had a total population of about 300 in 1824. It lies about five miles west of Bodmin and six miles east north east of St Columb Major.

Trewan Hall is a historic manor house in the parish of St Columb Major, Cornwall, England, UK. The surviving Jacobean style manor house is located one mile north of the town. It was the ancestral estate of the Vivian family for over 300 years, until it was sold in 1920.

Sir John Colman Rashleigh, 1st Baronet was the first of the Rashleigh baronets created on 30 September 1831. He was High Sheriff of Cornwall in 1813, and a leading figure among the gentry in the parliamentary reform movement.