The Slovenian Hockey League is the highest level ice hockey league in Slovenia. The championship phase is contested after the regular season to determine the national champion.

The Deutsche Eishockey Liga or DEL, is a German professional ice hockey league that was founded in 1994. It was formed as a replacement for the Eishockey-Bundesliga and became the new top-tier league in Germany as a result. Unlike the old Bundesliga, the DEL is not under the administration of the German Ice Hockey Federation.

Sport, known by its full name as Hockey Team Vaasan Sport OY, is a Finnish ice hockey team playing in Liiga, and is based at Vaasa Arena in Vaasa. The team was established in 1939 as IF Sport.

The British Championship is the most prestigious ice hockey cup competition in the United Kingdom, and also the longest established ice hockey competition.

Fife Flyers Ice Hockey Club is the oldest professional ice hockey club in the UK, established in 1938. The Flyers play their home games at Fife Ice Arena in Kirkcaldy which has a capacity of just over 3000. The arena is home to not only Fife Flyers, who play in the Elite Ice Hockey League but also to Kirkcaldy Junior Ice Hockey Club. Traditionally many of the Flyers' players have come up through the junior ranks to play at a professional level. 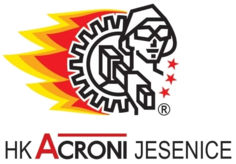 Eliteserien, known as Fjordkraftligaen due to sponsorship, is the premier Norwegian ice hockey league, organised by the Norwegian Ice Hockey Association. It comprises 10 clubs and works on the premise of promotion and relegation, in which the two teams who placed last must play the top two teams from First Division for the rights to play in the next Eliteserie season. 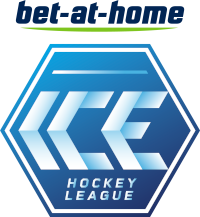 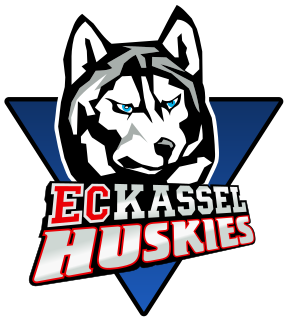 The EC Kassel Huskies are a professional ice hockey club based in Kassel, Hessen, Germany. The club currently competes in DEL2, the second level of ice hockey in Germany. The Huskies were founded in 1977 and have competed in the top five levels of the hockey in Germany since that time. Kassel's home barn is the Eissporthalle Kassel, which has a capacity of 6,100. The club's nickname is the Sled Dogs. Kassel has won two second level championships in 2008 and 2016 and have won one top level junior championship in 2004. The Huskies have finished runner-up in Germany's top league, DEL, in 1997 and have been beaten finalists in the Deutscher Eishockey-Pokal in 2004.

Hokejaški klub Partizan is a Serbian professional ice hockey club from Belgrade. HK Partizan is one of the sport clubs that are part of Partizan sport society. They play their home games at the Pionir Ice Hall. The club currently plays in the Serbian Hockey League. HK Partizan has won 20 national championships and three cups, and is the most successful ice hockey team in Serbia. HK Partizan also won the Slohokej League in 2011 and 2012 and Balkan League in 1995.

The Slohokej League was a multinational ice hockey league in Europe. The competition was made up from teams from Slovenia, Croatia, Serbia and Austria. A few teams in the league were the farm teams for clubs that play in the EBEL - Erste Bank Eishockey Liga. Other Slovene teams used the league for future development of young Slovenian players and had the majority of their team rosters made up from players of the age of 21 and younger.

The Eishockey-Bundesliga was formed in 1958 as the elite hockey competition in the Federal Republic of Germany, replacing the Oberliga in this position. From the 1994-95 season, it was in turn replaced by the Deutsche Eishockey Liga, which now also carries the name 1st Bundesliga in its logo. The DEL, originally administrated by the DEB, the German Ice Hockey Federation, became an independent league in 1997.

The 2009–10 Slohokej League season was the first such season under the Slohokej name in Slovenia. The separate Slovenian Championship will now take place with the Slovenian Hockey teams from Slohokej and the EBEL - Austrian Hockey League. 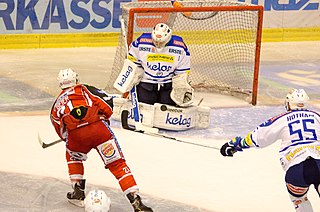 Hokejski klub Olimpija, currently named HK Slovenske železnice Olimpija due to sponsorship reasons, is an ice hockey club from Ljubljana, Slovenia. The club was founded in 2004 and competes in the Alps Hockey League since the 2017–18 season.