Part of SGS’s mission is to support local musicians and traditions from around the globe through international recognition, the payment of royalties, and partnership with regional archives. SGS collaborates with institutions around the planet to record, catalog and digitize music and other verbal arts and distribute them via the Internet. It promotes the honoring of intellectual-property rights of composers, musicians, and producers by ensuring that royalties are paid to artists and institutions, internationally.

The Smithsonian Center for Folklife and Cultural Heritage began the mission of recording, archiving, and distributing the world's music in 1987, the year it acquired Folkways Records and its archive of 2,168 album titles. The Center maintains the original catalog in print, along with some 300 titles, newly recorded or re-released from the archive.

In February 2005, Smithsonian Global Sound was created to digitize this vast collection of recordings and make it available in new media. It now offers nearly the entire Folkways and Smithsonian Folkways Recordings catalogues and the collections of two regional archives: the Archives and Research Centre for Ethnomusicology (ARCE), founded in 1982 to preserve collections of Indian music and oral traditions in New Delhi, India and the International Library of African Music (ILAM), established in Grahamstown, South Africa in 1954 as a repository of African music.

Global Sound plans on extending its offerings through agreements with other archives of traditional and classical music. To deliver high-quality audio, SGS assists partner-archives in acquiring digital recording and processing equipment and supporting technical training in its use. Global Sound is currently in negotiation with other archives and organizations from around the world for partnership with SGS. The Smithsonian has agreements for various online music vendors such as iTunes and eMusic, as well as a partnership with Alexander Street Press for use by universities.

The Creativity and Culture Program and the Program Investment Fund of the Rockefeller Foundation and the Paul Allen Foundation for Music have both provided initial support to Smithsonian Global Sound. 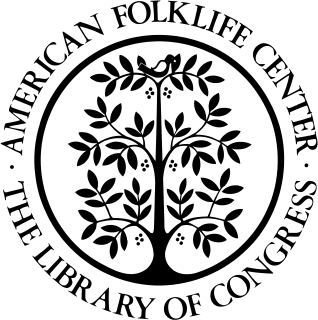 The American Folklife Center at the Library of Congress in Washington, D.C. was created by Congress in 1976 "to preserve and present American Folklife". The center includes the Archive of Folk Culture, established at the Library in 1928 as a repository for American folk music. The center and its collections have grown to encompass all aspects of folklore and folklife worldwide.

The Ralph Rinzler Folklife Archives and Collections is housed in the Smithsonian Center for Folklife and Cultural Heritage in Washington, D.C., United States.

The Center for Folklife & Cultural Heritage (CFCH) is one of three cultural centers within the Smithsonian Institution. Its motto is "culture of, by, and for the people", and it is a steward and ambassador to cultures around the world. It does this by encouraging understanding and cultural sustainability through research, education, and community engagement. The CFCH differs in important aspects from the more conventional museums within the Smithsonian complex. It contains (numerically) the largest collection in the Smithsonian, but is not fully open to the public. Its budget comes primarily from grants, trust monies, federal appropriations, and gifts, with only a small percentage coming out the main Smithsonian budget.

The Aga Khan Music Initiative in Central Asia was established in 2000 by His Highness the Aga Khan with the aim of assisting in the preservation of Central Asia's musical heritage by ensuring its transmission to a new generation of artists and audiences, both inside the region and beyond its borders. It is an initiative of the Aga Khan Trust for Culture, an agency of the Aga Khan Development Network. 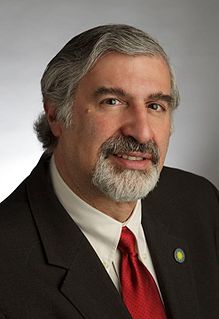 The Smithsonian Folklife Festival, launched in 1967, is an international exhibition of living cultural heritage presented annually in the summer in Washington, D.C. in the United States. It is held on the National Mall for two weeks around the Fourth of July holiday. The Smithsonian Center for Folklife and Cultural Heritage produces the Festival.

Jim Garland was a miner, songwriter, folksinger, and folk song collector from the coal mining country of eastern Kentucky, where he was involved with the communist-led National Miners Union (NMU) during the violent labor conflicts of the early 1930s called the Harlan County War.

The Center for Traditional Music and Dance (CTMD) is a leading folk/traditional arts organization based in New York City. Originally established as the Balkan Arts Center in 1968, CTMD assists the city's ethnic and immigrant communities in maintaining their traditions and cultural heritage. CTMD has developed a range of programs that emphasize research, documentation, collaboration, presentation, and education to help advance its mission of cultural equity. Over the past four decades, CTMD’s programs have led to the creation of nationally renowned ensembles, folk arts festivals, and community-based cultural organizations. CTMD provides the public with a full calendar of events designed to showcase and promote the diversity of New York City's performing arts traditions.

Anna Lomax Wood is an anthropologist and public folklorist. She is the President of the Association for Cultural Equity (ACE), established in 1985 by her father, legendary musicologist Alan Lomax. In 1996, when Alan Lomax was disabled by a stroke, Wood took responsibility for overseeing his archive, housed at Hunter College, and implementing his unfinished projects, most notably the production, which she undertook in 1997 with Jeffry Greenberg, of the Alan Lomax Collection on Rounder Records a series of more than 100 CD's in ten series, of music recorded by Alan Lomax in the deep South, the Bahamas, the Caribbean, the British Isles, Ireland, Spain and Italy. Upon her father's death in 2002, ACE worked with the Library of Congress to preserve, restore, digitize, and transfer Alan Lomax's original recordings, photographs, and videos to the Library's American Folklife Center,}} In 2005, Wood and Mr. Greenberg produced an 8-CD box set issued on Rounder: Jelly Roll Morton: The Complete Library of Congress Recordings by Alan Lomax. In 2009, she produced the 10-CD, Alan Lomax in Haiti, issued by Harte Records.

Folkways: The Original Vision was released in 1989 and is the first album created by Folkways Records under new acquisition by the Smithsonian Center for Folklife and Cultural Heritage following the death of the record label's founder, Moses Asch. Funds were raised for the acquisition of the label to be established as a non-profit entity in conjunction with the Smithsonian Institution by the collaborative recording A Vision Shared: A Tribute to Woody Guthrie and Lead Belly by artists such as Bruce Springsteen, Bob Dylan, and U2. Folkways: The Original Vision was digitally remastered and re-released in 2005 by Folkways Records.

Negro Folk Songs of Alabama is a series of six records put out by Moses Asch and Harold Courlander on Folkways Records in the 1950s. The recordings include traditional African American music forms such as field calls and work songs. The recordings have subsequently been reissued. The Smithsonian Institution's Center for Folklife and Cultural Heritage in Washington, D.C. acquired Asch's Folkways recordings and business files after his death in 1986.