Río Sonora (Sonora River) is a 402-kilometer-long river of Mexico. It lies on the Pacific slope of the Mexican state of Sonora and it runs into the Gulf of California.

Biotic communities found within the watershed in order of importance by the area covered are the Sinaloan thornscrub, the plains of Sonora subdivision, semidesert grasslands, the Madrean evergreen woodland, and the central gulf coast subdivision. [2] Average annual precipitation is 375 millimetres (14.8 in) which occurs in two seasons, late summer-early fall and winter-early spring. [1]

Physician naturalist Edgar Alexander Mearns' 1907 report of beaver (Castor canadensis) on the Sonora River may be the southernmost extent of the range of this North American aquatic mammal. [3] 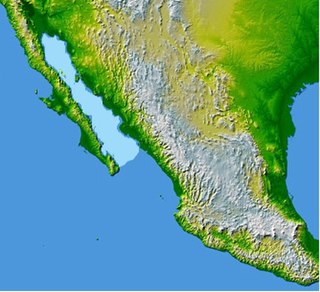 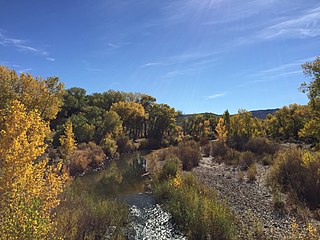 The Escalante River is a tributary of the Colorado River. It is formed by the confluence of Upper Valley and Birch Creeks near the town of Escalante in south-central Utah, and from there flows southeast for approximately 90 miles (140 km) before joining Lake Powell. Its watershed includes the high forested slopes of the Aquarius Plateau, the east slope of the Kaiparowits Plateau and the high desert north of Lake Powell. It was the last river of its size to be discovered in the 48 contiguous U.S. states. The average discharge is approximately 146 cfs. 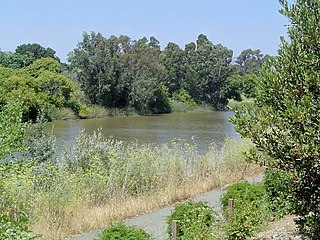 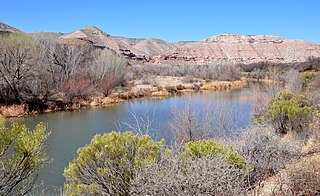 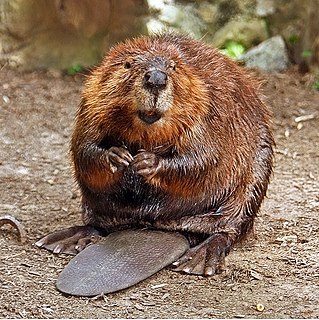 The North American beaver is one of two extant beaver species. It is native to North America and introduced in South America (Patagonia) and Europe. In the United States and Canada, the species is often referred to simply as "beaver", though this causes some confusion because another distantly related rodent, Aplodontia rufa, is often called the "mountain beaver". Other vernacular names, including American beaver and Canadian beaver, distinguish this species from the other extant beaver species, Castor fiber, which is native to Eurasia. The North American beaver is an official animal symbol of Canada and is the official state mammal of Oregon. 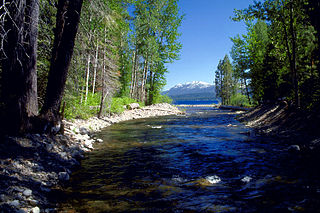 Crystal River is a very short river in Citrus County, Florida, flowing into the Gulf of Mexico. It is just seven miles long, and has a drainage basin of five square miles, joining Kings Bay to the Gulf of Mexico. The river's significance is in the thirty natural springs that add an average of 300 million gallons of warm water to the river every day. These springs include Three Sisters Springs.

The Naranjeros de Hermosillo is a baseball team in the Mexican Pacific League (LMP). Based in Hermosillo, Sonora, they are one of the most successful teams in the Liga Mexicana del Pacífico with 16 titles. They were the first Mexican team to win the Caribbean Series in Santo Domingo, Dominican Republic in 1976. 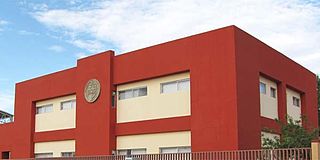 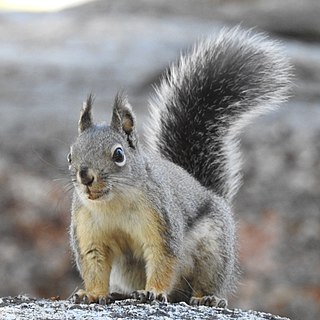 Mearns's squirrel is a species of squirrel native to Mexico. It is an endangered species which occurs in low densities and is threatened by habitat loss. It is possibly also threatened by competition from the eastern gray squirrel, which was introduced to the range of Mearns's squirrel in 1946, but may not be present anymore. It is closely related to the Douglas squirrel, but far less is known about its behavior, which was first studied in detail in 2004-2005. It is named for the nineteenth century American naturalist Edgar Mearns.

The San Pedro River is a northward-flowing stream originating about 10 miles (16 km) south of the international border south of Sierra Vista, Arizona, in Cananea Municipality, Sonora, Mexico. The river starts at the confluence of other streams just east of Sauceda, Cananea. Within Arizona, the river flows 140 miles (230 km) north through Cochise County, Pima County, Graham County, and Pinal County to its confluence with the Gila River, at Winkelman, Arizona. It is the last major, undammed desert river in the American Southwest, and it is of major ecological importance as it hosts two-thirds of the avian diversity in the United States, including 100 species of breeding birds and almost 300 species of migrating birds.

The Pinacate Peaks are a group of volcanic peaks and cinder cones located mostly in the Mexican state of Sonora along the international border adjacent to the U.S. state of Arizona, surrounded by the vast sand dune field of the Gran Desierto de Altar, at the desert's southeast.

The Rio San Bernardino, or San Bernardino River, begins in extreme southeastern Cochise County, Arizona, and is a tributary of the Bavispe River, in Sonora, Mexico.

The Rio Bavispe or Bavispe River is a river in Mexico which flows briefly north then mainly south by southwest until it joins with the Aros River to become the Yaqui River, eventually joining the Gulf of California. 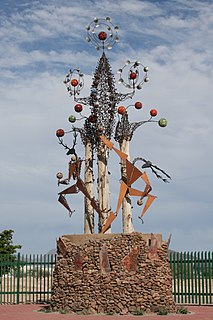