Sophie Salomon was born to the wealthy Jewish merchant Alexander Salomon and Henriette Abrahamson: her parents had migrated to Sweden from Germany. She was raised in a happy home and affected strongly by her intellectual mother. In 1872 she married her cousin, the merchant Nathan Elkan (1834-1879), with whom she had a daughter, Kerstin (1877-1879). Her marriage was happy, and the death of her spouse and daughter caused a crisis; for the rest of her life, she dressed in black.

As a widow, she began to make translations, publish serials and papers, and debuted as a novelist in 1889. Her first novel, John Hall – en historia från det gamla Göteborg, was an immediate success. As a writer, she made much use of her own life and experiences in her novels.

As a person, she has been described as egocentric and nervous, but also as hospitable and charming. In 1894, she became acquainted with Selma Lagerlöf, who, as is evident from their correspondence, was in love with her. [2] The two women visited Italy in 1895, and traveled to Egypt, Palestine, Italy, France, Belgium and Holland in 1899. After her death, Lagerlöf inherited her personal possessions, which she used to convert a room in her home Mårbacka into an Elkan museum, known as Elkanrummet (Elkan Room).

Birger Nerman was a Swedish archaeologist, historian and philologist who specialized in the history and culture of Iron Age Sweden. 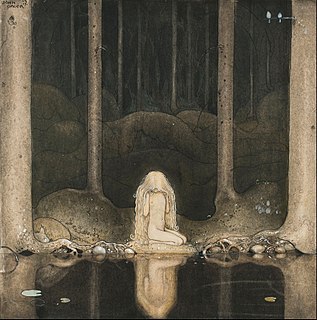 Among Gnomes and Trolls, is a popular Swedish folklore and fairy tales annual and children's fairy tale anthology published since 1907. One of the most noted of the early illustrators is artist John Bauer. 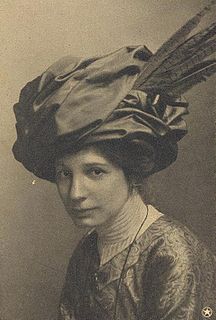 Elin Matilda Elisabet Wägner was a Swedish writer, journalist, feminist, teacher, ecologist and pacifist. She was a member of the Swedish Academy from 1944.

Euphrosyne (Euphrosina) Löf was a Swedish ballet dancer and stage actress, best known for her affair with Prince Frederick Adolf of Sweden from 1795 to 1800, after his relationship with Sophie Hagman. Euphrosyne Löf acted as his hostess at Tullgarn. 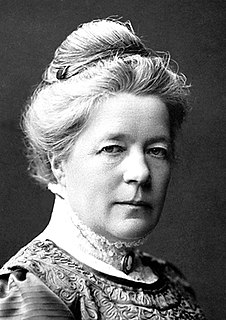 Birgit Rosengren was a Swedish film actress born in Stockholm, and most active from the 1930s to the early 1960s.

Eva Helen Ulvros is a Swedish historian and author. She is a professor on staff at the University of Lund, where she specialises in the social development of gender identity and cultural aspects of history in Sweden. She is a native of Lund.

Valborg Olander, was a Swedish teacher, politician and suffragette. She is known for her friendship with Selma Lagerlöf. 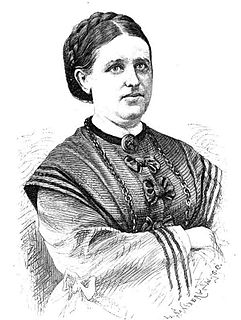 Josefina Leontina Amanda Wettergrund, née Lundberg pseudonym Lea, was a Swedish writer and poet. She was the editor of the family magazine Svalan in 1871–75.

Caroline Lewenhaupt (1754–1826) was a Swedish courtier, poet and amateur actress.

Birgitta Stenberg was a Swedish author, translator and illustrator. She was the 2005 winner of the Selma Lagerlöf Prize. 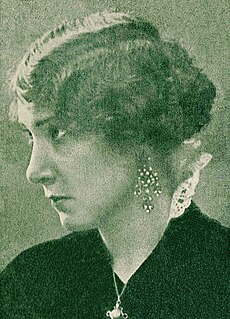 Hilda Augusta Amanda Kerfstedt, née Hallström, was a Swedish novelist, playwright and translator. She was a popular and noted writer in late 19th and early 20th century Sweden, and participated in the public debate. She was also engaged in the movement for women's rights, and active in the Fredrika Bremer Association and Married Woman's Property Rights Association. As a feminist, she focused on the debate around sexual equality, and was critical to the contemporary sexual double standards for men and women. As such, she was one of the participants in the Nordic sexual morality debate, the public debate in Swedish papers, books and plays, which took place during the 1880s. She was the editor of the feminist paper Dagny, the publication of the Fredrika Bremer Association, in 1888-1891. She was especially noted within the debate on children's literature. 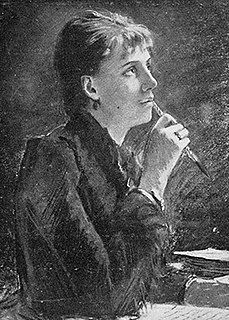 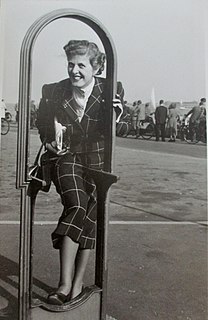 Inga-Britt Margareta Fredholm was a Swedish secretary, archivist and author. She spent more than ten years serving as Evert Taube’s literary secretary, both in Sweden and abroad. She collected and edited Taube's stories for Bonniers´ and contributed a total of twenty pieces of work on the national poet.